What really are the chakras? Somatic focal points, energy centers, Cosmological Maps, or all three?

In the worlds of yoga, esoteric spirituality, and New Age religion, interest in the concept of the chakras is massive and growing all the time. What is often lacking is a thorough investigation into the original nature and function of the chakras in their tradition of origin, Tantrik Yoga, by a scholar-practitioner fluent in the Sanskrit language.

Embodied Philosophy is proud to present an online course that fills that need, giving you access to both primary sources in readable translations and a scholar who can answer all your questions.

Module 1: Fundamentals
We will look at pre-tantric antecedents of the chakra concept in the Upaniṣads and the Yoga-sūtra, as well as its full expression within Tantrik Yoga. You will learn about the traditional ways of defining ‘chakra’ and why its synonyms (ādhāra, lakṣya, padma) are important, and why there were originally 5-, 9-, 10-, and 12-chakra systems as well as the more commonly known 7-chakra system.
Module 2: Structure
We will cover the consist maps of meaning found across chakra systems, particular the installation of the Five Great Elements into the chakras, the meaning of the Cause-deities said to ‘reside’ in the chakras, and why the Sanskrit alphabet was mapped onto the petals of the chakras.
Module 3: Function
We will investigate what you’re supposed to actually do with the chakras, how kundalinī relates to the chakras, and why granthis (psychic knots) are so integral to the chakra model. Additionally, we will explore the bhāvas (mental-emotional states) said in one text to exist in the petals of the chakras, and how that gives us a practical tool for working with our emotions.
Module 4: Adaptation
We will explore how Carl Jung and others, in importing the chakra model to the West, also substantially altered it, and why that matters. We will also consider which Western innovations are in the spirit of the original tradition, and which are not. Finally, we will have an open and wide-ranging discussion on contemporary applications of the chakra system. 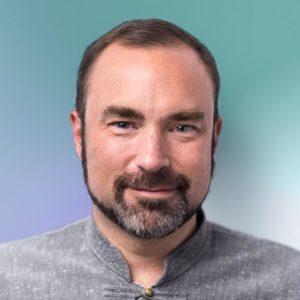 Christopher Wallis, also known as Hareesh, has a B.A. in Religion and Classics from the University of Rochester, an M.A. in Sanskrit from U.C. Berkeley, an M.Phil. in Classical Indian Religions from Oxford, and a Ph.D. on the traditions of _aiva Tantra from Berkeley. He received traditional education at yoga _shrams in upstate New York and India in meditation, k_rtan, mantra-science, _sana, karma-yoga, and more. He currently teaches meditation, yoga dar_ana (philosophy), Tantrik philosophy, Sanskrit, mantra-science, and offers spiritual counseling. Hareesh is the author of Tantra Illuminated: The Philosophy, History, and Practice of a Timeless Tradition. and The Recognition Sutras: Illuminating a 1000-Year Old Spiritual Masterpiece.