It was my delight to interview one of my favorite yoga teachers (and people), Alex Auder, who, besides being brilliant is incredibly entertaining. Her personality and insights made for a fun and insightful conversation. Alex grew up in New York City at the infamous Chelsea Hotel, where she rubbed elbows with the counterculture creatives of the seventies and eighties. She has been teaching yoga for over twenty years, first at Jivamukti Yoga, then at her home studio in the West Village, and finally at Kula Yoga Project, before finally making her move to Philadelphia last year. She now owns and operates her own yoga studio in Philly, Magu Yoga. 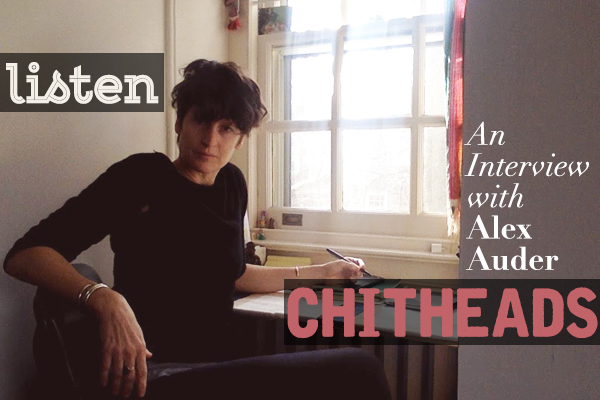 We started our conversation with Alex reminiscing about growing up in the Chelsea Hotel, which was a hotbed for artists and creatives during the sixties, seventies and eighties. She wrote an as yet unpublished book about her young life at the Chelsea and also contributed an article about it to TAR Magazine.

She refers to this experience as framing her own understanding of yoga as a practice of the “outlier”, the people who were at the margins of society. Counterculture has always been an experience that informs her approach to the practice and the philosophy of yoga, and it is this backdrop which feeds much of her criticisms of the mainstream, commodified yoga scene, a subject that we turned to for much of our discussion.

Alex started her teaching career at Jivamukti Yoga and mentions the profound experience of first finding this practice with her teacher, Sharon Gannon. She taught at the original Jivamukti location before teaching for many years out of her home studio in the West Village. Not long after 9/11, Alex found Kula Yoga Project through her friend Schuyler Grant, owner of Kula. She taught at Kula until her relatively recent move to Philadelphia, where she now owns and operates her own studio, Magu Yoga.

Critiques of a Commodified Yoga Scene

We moved into a discussion of the contemporary yoga climate, something she didn’t really understand fully until her husband encouraged her to join Facebook for reasons of her yoga business after she moved to Philly. She talks of being shocked by all of the “shlock” she found on social media — the objectifying of bodies in yoga images for the purposes of profit she finds especially distasteful.

It was her own critical response to this climate that led her to create her very DIY video series (all of which are included below) featuring a fictional ambassador of Hanes Her Way underwear – clearly a jab at the “ambassadorship” by teachers of corporations like Lululemon and others. The overall feel of the videos is extremely satirical, and Alex herself self-consciously recognizes what she calls the “primitive” feel of the videos. Nevertheless, through the sarcasm and silliness of her videos one can sense a deep frustration with the many hypocrisies and manipulative rhetorical strategies of a profit-incentivized Western yoga culture.

One of her most resonant observations, for me, was her sense that we try to “hide the aging face” in our culture, which she sees as wrapped up in a fear of death and an obsession with the objectification of the youthful body. Her criticism of beautiful yoga bodies splashed over social media hinges on what she sees as a deeply disturbing denial of the aging process.

Alex and I segued into a discussion of Vedanta, which has deeply informed her life and her teaching, as she spent many years studying with her teacher Shubhraji. Alex takes in interesting stance on Vedanta and sees it as inviting us to look directly into the face of death and destruction. We cannot be truly present, truly “eternal” until we can hold a space for the experience of death in our lives. In addition, we discussed how the notion of “immortality” is often interpreted in a linear way, as if immortality means access to infinite time. Instead, Alex sees immortality, the eternal, as a reference to the profound experience of timelessness, where the linear experience of time (which she associates with the fear of death) dissolves into presence and now-ness.

To find out more about Alex:

Episode #9
Christopher Tompkins on Tantra, the original Chakras, and the Real Age of the Asanas (#9)
Embodied Philosophy Forum