Manorama on the Guru/Student Relationship, Sanskrit, and Renunciate vs. Householder Paths (#10)

My guest in this episode is Manorama D’Alvia. Manorama is one of the leading teachers in Sanskrit and Yoga Philosophy. She is the founder of both the Sanskrit Studies Method™ and the Luminous Soul Method™. Manorama evokes healing through the universal arts of language and conscious living. “Happiness,” she often says, “is the free flow of energy, and communication is energy. When we use our voices authentically and confidently, we create harmony between ourselves and others.” A renowned, highly respected teacher, Manorama offers Sanskrit Studies Method programs for yoga teacher trainings, as well as Luminous Soul Method trainings and retreats. She tours the globe, training students in the Sanskrit Studies Method and the Luminous Soul Method. I got a chance to sit down with her this week at her cozy office in the West Village neighborhood of Manhattan. 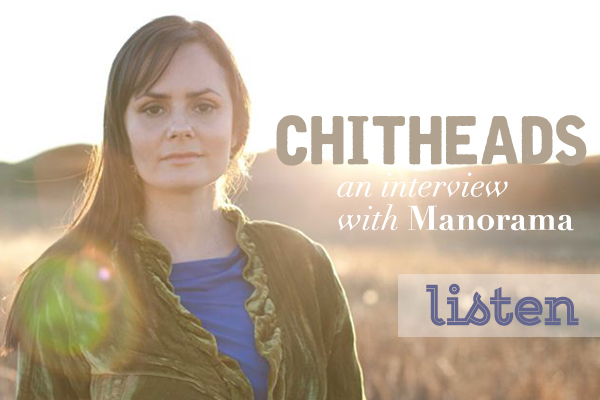 I began, as I often do, by asking about her life and specifically the events that led to this lifelong love affair with Sanskrit. Manorama noted having had a lot of energy as a child that her Mother was perhaps eager to focus in one way or another. It was therefore her Mother who first introduced Manorama, at the age of thirteen, to the teacher who ultimately became her beloved Guruji, also known as Sri Brahmananda Saraswati. Meeting Guruji was a historical moment for her, and she remarked that from then on she had two upbringings: one with her family and the other with Guruji.

Since we were on the subject of Guruji, I wanted to ask Manorama more specifically about the guru/shishya (teacher/disciple) relationship, as there has been a considerable amount of bad press when it comes to gurus over recent years, and I was curious about Manorama’s response to the apparent corruptions of specific gurus.

She began by stating that there are always abuses of power in any relationship. We must understand that the teacher is embodied, but that students must serve as a “chatra” for the teachings. “Chatra”, in Sanskrit means “umbrella”, and refers to the practice of passing on into the world the sacred teachings of the guru while holding an umbrella over the negative, or perhaps more profane aspects of the human being. She clarifies that this is not intended to mean that the student should somehow block the truth but rather that the spirit of the teachings should not be seen as being tarnished by the humanity of a particular guru. “Let us look at the elevation points and send those out into the world”, Manorama said.

Manorama shared something very clarifying for me. She noted that simply because someone’s experience of a mother or father may be unfortunate or corrupt doesn’t then lead us to throw out the function of the mother or father altogether. In a similar way, we don’t reject the function of the guru because of the failure of certain guru/shishya relationships. Etymologically, “gu” refers to the muck, the dirt, and “ru” refers to an “ascent”. So the guru is that which helps you see past avidya, or ignorance. More than anything, “guru is a force.”

Manorama says that when the guru is truly understood, you start to listen to everything around you with such attention that all things become sacred.

I then asked about Manorama’s spiritual name, Manorama, and what the context was in which she received it. Manorama’s birth name is Thea D’Alvia, and she asked for her spiritual name from Guruji when she was thirteen years old. She had started to feel an affinity for Sanskrit and felt called to ask for a name.  At first, Guruji said he would think about it. But soon, he gave her and her mother (who also asked for a name) a name on a piece of paper, which Manorama still has to this day. On the paper is the name with it’s meaning, and then playfully written there alongside her name is “Miss America”.

Manorama’s name is a compound of two words: Rama, which means to play, to sport, to charm. And Mana, which means mind or heart. Therefore Manorama means “charming to the mind, delightful or charming to the heart.” It also refers to the feeling one gets when Lord Rama is near. When he is near, there is said to be a feeling of manorama.

Manorama said something very insightful about the name – that, because it is symbolic of some aspect of God, the more we hear ourselves called the name, the more we move toward that quality in our lives. It is meant to be that which calls you toward the light, and if you’re called enough times, you’re going to reach for that light.

I asked her what’s so special about Sanskrit.

She discusses Sanskrit as a language of vibration, a language of love, a transmission of love. The feeling invoked through Sanskrit is that of the highest aspect of oneself – awakened, but peaceful and energized. When we chant Sanskrit, we find it is easier to meditate. Sanskrit is linked with the language of the seers. To see, in yoga or sanskrit, is called darsan. To have the vision of the seers, and also to be seen by them, we chant. When you see in this way, you are accessing witness consciousness. Manorama says that this experience is incredibly alive, alluring, beautiful. “There’s so much wisdom in that witnessing space. Sanskrit teaches us the code of the universe.”

Exploring Sanskrit allows us to see from where we stand. Our job as yogis is getting outside of where we stand, so we can get access to the whole field and not just this limited field of egoic awareness.

The Sanskrit language is a Mother language. It is a language where sound and meaning are united. When you chant certain vowels, you vibrate the sound at a particular level in the palate, and specific experiences are invoked.

I asked about the title of Manorama’s course on the Yoga Sutras, which is “Immersing in the Secret Code.” She talked about needing to see behind the veil. You have to see behind what is written in the text to actually experience and embody the secret code. Yoga Sutras ask you to focus on what is new, and what is new is always pulsation. The mind always wants what’s new.

I asked about the seemingly renunciate nature of the text. She says the Yoga Sutra does indeed call for deep level of internalization. You must deeply immerse in order to make contact with yourself. This requires drawing away from the world to some degree, but it doesn’t mean that you can’t be in the world. Manorama thus sees the text as being malleable based on one’s position in life. It is equally open to the renunciate and the householder, or person engaged with the world.

I asked Manorama about the seeming call for violence in the Gita. She discusses the Bhagavad Gita as offering a metaphor for the battle we face every day. “Every morning is a battle with the snooze”.

To learn more about Manorama:

You can find out about the Luminous Soul Teleclass Series, go to Sanskritstudies.org.

Manorama has many other courses coming up. To find out more, see the website above.

PREVIOUS Episode #9
Christopher Tompkins on Tantra, the original Chakras, and the Real Age of the Asanas (#9)
NEXT

Episode #11
Edwin Bryant on the Yoga Sutras, Bhagavad Gita, and the Multiplicity of the Absolute (#11)
Embodied Philosophy Forum