Matthew Thomas Lombardo is a popular yoga teacher and teacher of teachers in New York City and Brooklyn.  Besides his well attended public classes, he has a wide range of experience teaching asana and meditation to celebrities, senior citizens, kids, and is trained to teach yoga in prison. He has also worked with reinvigorating men who are returning to the workplace at Career Gear.  He has been interviewed by the New York Times and Haute Living. In the Spring of 2016, he will be on a teaching tour through Prague, Bratislava, Munich and other European cities. 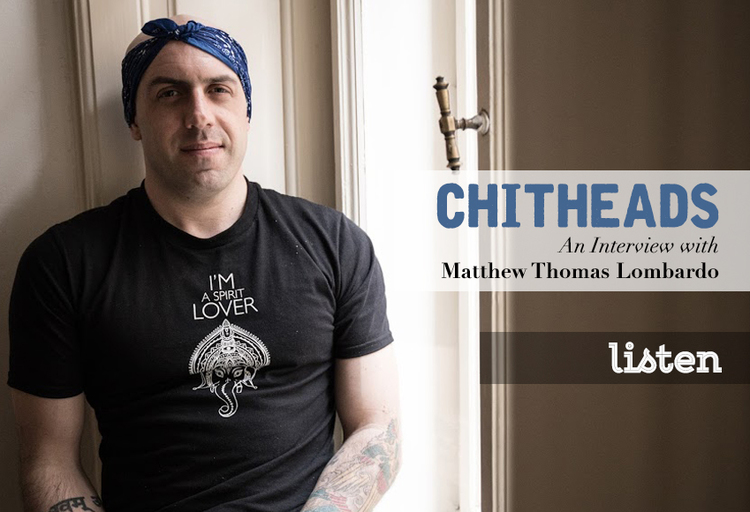 We sat down to have a candid conversation in my Harlem apartment to discuss his teaching style, his thoughts on what constitutes a cult and his own take on the recent Jivamukti Yoga School scandals.

Matt grew up in Long Island and came to yoga after many years as a gym rat. He describes Ricky Martin and People magazine as the first influences that led him into the yoga room. Ricky Martin, in an interview, discussed a trip he took to Tibet, which changed his life. Matt’s interest was peaked by this conversation.

Matt is a master at sharing the dharma from the perspective of everyday experience. I recalled a recent class where he talked about complex topics through a metaphor of frozen yogurt and the yogurt shop 16 Handles. This is characteristic of Matt, his ability to distill the wisdom of the yoga tradition through metaphors that most people are familiar with. He described this style as being grounded in his own passion for meeting people where they’re at, for finding novel and accessible ways to approach complicated and deep subjects.

He is interested in who is does the labeling of a spiritual community as “cult”? His sense is that it closes down the questioning about what attracts a person to a particular teacher or teaching. The term “cult” needs to be defined, just like the word “God”, in order to have a conversation and pinpoint what is meant.

Matt discusses the variety of meanings and definitions of the word “cult” to help dispel confusion around this loaded word.

Spiritual Bypassing is a term first coined by John Welwood, which is the use of spiritual practices and beliefs to avoid dealing with painful experiences, unresolved wounds and developmental needs. This concept was central to our discussion of cults and what kind of practitioner is typical of the more problematic form of “cult”.

We discussed the recent allegations made against one of Jivamukti’s most popular teachers. Matt had some sober observations about Jivamukti that somewhat dispel a lot of the charges made against Jivamukti as an institution, in the sense that he sees teachers as responsible for the way they present themselves to their students. He denies the top-down cult-like structure that has been recently presented as characteristic of Jivamukti.

The effect on the yoga community at Jivamukti Matt describes as being across the board. Some are taking sides. Some just want to teach the yoga. But Matt said that there has been no internal schism.

The outside perception of the Jivamukti center is quite negative for those who have not experienced the center, but within the center things are as usual where thousands of positive relationships are taking place, Matt says.

The Future of Yoga

Matt wants to make yoga continuously more inclusive, bringing yoga to areas of our culture where it is currently absent.  He discusses his passion to bring more yoga to prisoners and to seniors.

To connect with Matt:

PREVIOUS Episode #14
Christopher Wallis on Tantra, Non-Dualism, and Awakening to Your True Nature (#14)
NEXT