In this tour de force course trilogy on the history of yoga, no Sanskrit page, meditation cushion, or yoga block is left unturned. Embracing a wide variety of evidence, from pre-Common Era texts to contemporary books and academic scholarship, from archeology to mythology, from teacher-student lineages and oral histories to genetics, we invite you to journey with us into the colorful universe of ancient, premodern, and modern yoga.

We will investigate many angles and questions about yoga history:  When and where did yoga originate? Was the Buddha a yogi?  Is our received information romanticized alternative fact? When did yoga reach the US?  What are the oldest poses and which ones were made up yesterday?  How should we navigate conflicting histories? Can we strike a balance between tradition and innovation? Is the Western practice of yoga cultural appropriation or appreciation?  What, after all, is yoga—an exercise system, religion, science, spiritual path, or all of the above?

By exploring yoga’s past and its ever-changing modern moment, you will gain new ways to think through information, mis- and dis-information about its origins and diverse unfolding expressions. You will learn how the yoga tradition developed from Indian practices deeply rooted in guru lineages to modern spiritual, exercise systems and post-lineage cultures. You will also study how ancient and modern traditions continue to blend and inform each other. A detailed 5000+ year timeline of texts, teachers, and traditions is provided.

The Premodern Yoga Period
(200 C.E -1800 C.E., including Tantric traditions, Hatha Yoga, and Bhakti Yoga) We will address the following topics from this period: The so-called Tantric Renaissance in the Middle Ages to discern whether Tantra was a new development or a continuation from the oral tradition and the Puranas. The meditation practices described in the Yoga Sutras and analyze its Kriya Yoga system to determine its possible Tantric roots. By looking at various Hatha Yoga texts, the influential Nath tradition, and its famous teachers Goraksanath and Matsyendranath, we will discuss their possible influences on later and contemporary yoga traditions. The Kashmir Tantra traditions, its teachers, and some of its most important texts, such as the Vijana Bhairava. Then we will revisit some important questions: did yoga originate in the Vedas and advance through the Upanishads and the Yoga Sutras, and blossom into the later Tantra traditions? Or did yoga advance as a composite tradition from the beginning, with core teachings from both Vedic and Tantric traditions? We will finally explore the different expressions of yoga, such as Vedanta and Bhakti Yoga, the many Tantric paths, as well as the development of Hinduism after various Muslim invasions, and also the British imperialist influence on yoga, both in India and globally.
Module 1: The Yoga Sutras of Patanjali
We’ll begin where we left off at the end of Trimester #1 by looking at textual and material culture evidence from the Ancient Yoga Period to determine what practices existed before and around the shift to the Common Era. The core teachings of the Yoga Sutras of Patanjali, especially sutras that discuss meditation, will be our focus.
Module 2: Hatha Yoga
In module 2, we will look at post 2nd c. texts, some of which are categorized as “Hatha Yoga,” such as the Hatha Yoga Pradipika, to learn about what they say about asana, etc. and how they relate to contemporary yoga traditions. Our discussions will mention the Nath tradition and its teachers Goraksanath and Matsyendranath. different are they, and can they be the same person?
Module 3: Kashmir Tantra Traditions
In module 3, we will explore Kashmir Tantra traditions and texts such as the Vijana Bhairava and the Pratyabhijna-Hrdaya.
Module 4: The Underreported Siddha Tradition of South
In module 4, we will look at the underreported Siddha tradition of South India, especially the Tamil Shaiva Siddhanta of Tirumular. We will also review the information presented until this point in history, and set the stage for where we will go in Trimester #3. 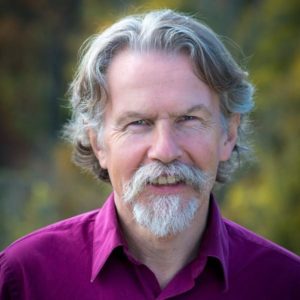 Ramesh Bjonnes is the co-founder and Director of the Prama Wellness Center, a retreat center specializing in yoga and Ayurveda in the spirit that a balanced lifestyle is our best medicine. Ramesh is also a writer, yogi and workshop leader. He lived in India and Nepal for several years in the 1980s learning directly from the traditional teachers of Tantric yoga. He studied yoga therapy in India, Ayurveda at California College of Ayurveda and yoga detox therapy in the Philippines. He is the author of four books, including Sacred Body, Sacred Spirit (InnerWorld) and Tantra: The Yoga of Love and Awakening (Hay House). Ramesh lives and practices with his wife in an eco-village in the Blue Ridge Mountains of North Carolina. Websites: www.rameshbjonnes.com & www.prama.orgÊ