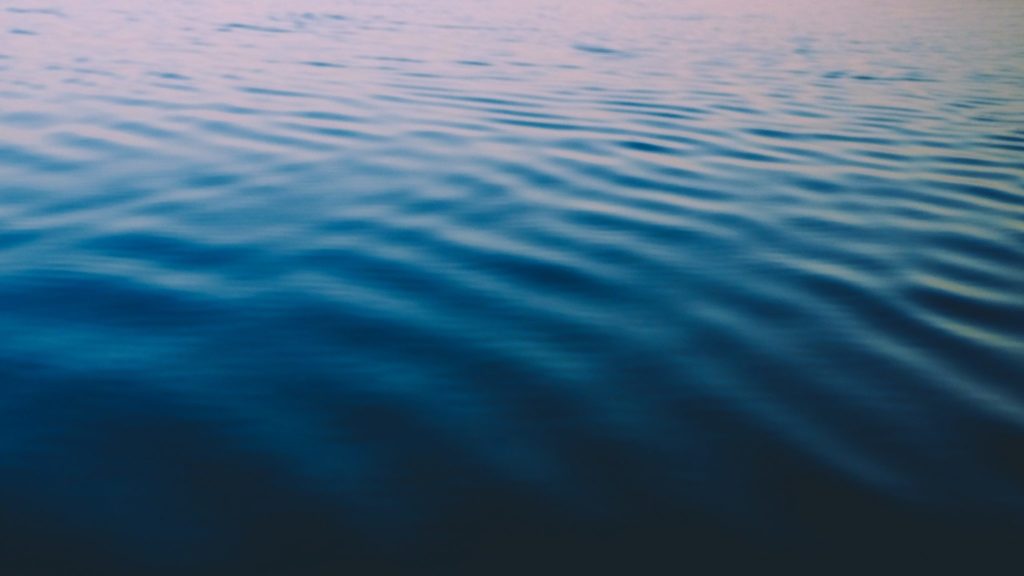 Out of Śiva’s Self-awareness and His joy in that experience, manifestation is created—including us as individuals. The power that Śiva uses to do so, kuṇḍalinī śakti, is the descent of the highest pure Consciousness into form. The practice of Kuṇḍalinī Sādhana is our pathway back to that primordial experience of non-separation. In Tantric practice and tradition, the liberation of kuṇḍalinī is the pathway not only to knowing God but to recognizing that we are God. There are three phases of that realization. The progression of Kuṇḍalinī Sādhana entails the arousal, awakening, and liberating of kuṇḍalinī śakti from our limited capacity and identity in order to realize our highest Self.

First in this progression is what I call “arousal,” the recognition of the vital energy of kuṇḍalinī that exists within us. Kuṇḍalinī is traditionally described as a cobra coiled three and a half times, lying dormant in the base of the spine. The three coils represent the three levels of kuṇḍalinī energy: prāṇa kuṇḍalinī, the energy that gives life to our breath and to our physical body; cit kuṇḍalinī, which gives life to our mental and emotional capacity; and parā kuṇḍalinī, the energy of our spiritual self, the core and essence of our being. The final half coil is the serpent’s head turned back on itself, fast asleep.

What is it that awakens kuṇḍalinī? Itself, which is supreme Consciousness calling itself back to itself. I often describe that as delivering croissants and café-au-lait to the Goddess Kuṇḍalinī. As She begins to wake up, She slowly opens Her trikashala eyes and the cobra, that spiral of energies, starts to unwind. That arousal is the initial spark that ignites our sādhana, and it happens only by God’s grace.

The second phase is what I describe as “awakening.” This aspect of sādhana entails the consumption of the ego and the impurities of misunderstanding, the dissolving of the density and contraction of our energy, which exists as multiple layers of tension. Every level and condensation of consciousness exists within the unbounded state of supreme Consciousness, and we must transcend all of them, layer by layer.

The third phase, “liberation,” is becoming aware of and living from the Divine Thread—this infinite connection, this vibrating power expressing itself, not separate from its source—in a state of surrender and spiritual freedom. Liberated kuṇḍalinī is freedom from individuated identity. The Sanskrit term for this is jīvanmukti, which means liberation while alive and embodied. By the practice of stillness, we can reconnect to the energies that create and manifest us, which are the same powers we use every day to create and live our lives. Our experience then changes, both energetically and consciously. Having discovered our supreme Self, we fully recognize and experience ourselves as that vital force.

What’s wonderful to understand is that all three phases of this progression are called forth, fueled, and sustained by grace, which is none other than Śiva’s will to experience freedom through us and as us. It is truly only grace that frees, which is not to imply that everything we do as part of our sādhana is unimportant; in fact, it’s critical. We practice stillness to discover stillness. As we still our actions, our thoughts and emotions, and our will, we penetrate through their effects to discover that ever-present Divine Thread. We experience ourselves as not different or separate from God, but as the living expression of His own divinity.

Stillness Is Ever Present

As kuṇḍalinī ascends, it consumes the density and contraction in our consciousness, purges lifetimes of debris embedded in the psychic system, and opens the cakras. It frees a pathway, clears the central subtle channel, or suṣumṇa, of the debris and obscurity of consciousness. In that process, the limited levels of our consciousness called ego and mind—and all their associated drama—are brought to light and exposed to us, which is what gives us the opportunity to transcend and consume them. As kuṇḍalinī rises, it consumes every layer of consciousness until it reaches its final destination: its source, or God.

While the immediacy of divine Presence is revealed only in stillness, that need not be a distant experience. This realization is available in the very moment we stop reaching for it and simply allow it shine forth. Our teachings and practices are therefore focused around this understanding, that we can consciously cultivate and bring forth the state of utter simplicity and stillness within ourselves so that our true nature might reveal itself to us. Stillness is the ever-present Presence we’re trying to be absorbed back into and to merge with. We discover it in the center of the suṣumṇa, in the Divine Thread. Unimpeded, it is aware of its connection to source as itself. When we’re deeply still and feel that effulgent Presence, our higher consciousness expands and shows itself. The practice of Kuṇḍalinī Sādhana connects us to Presence as śakti, the vitality of Presence as it manifests itself. The Divine Thread is the energetic pathway we use to follow śakti back to its source.

The discovery of inner stillness is the discovery of Presence itself, and the gift of that simple experience is that it is complete in itself. In stillness we perceive that nothing in our life needs to change. In stillness, we make contact with an inner awareness that doesn’t live in the cage of the mind; we can feel and recognize the fullness and simplicity of that state. The more we practice, the more our awareness becomes habituated to stillness. It becomes our point of reference, the refuge we can go back to. Whenever we find ourselves struggling, we know we can just stop, go inside, and feel that simple stillness, because it is always present within us.

That place isn’t an inert stillness but a dynamic, radiating awareness. It is a vibrating reality that is the doorway into Presence. We will never be able to make contact with divine Presence without stillness. These sutras explore the stilling of everything: of our mind, our emotions, our senses, and our actions. As we do so, we discover that all of those aspects of ourselves arise within the stillness of the Divine, that everything in the universe exists within an infinite field of eternal Presence. It is the transcendent space in which everything arises and unfolds, from the most distant galaxies to our own intimate awareness. Making contact with that pure Presence is transformational.

Finding the simple state of utter stillness within requires the pure, absolute clarity of intention and the cultivated capacity to focus one’s awareness. While Kuṇḍalinī Sādhana requires effort, commitment, and unwavering resolve, if we truly love God then our intention and our focus are crystal clear, and whatever work we need to do to stay open and in contact with that inner spaciousness is self-evident. As I tell my students, every day when you meditate, make sure your heart is open. Then open your eyes, and engage life from there. Embracing life from an open heart means not being caught in the struggle of life or in any thoughts that define life as a struggle. The more we practice openness and simplicity, the more they become the foundation of our daily experience, and from that platform, still more openness and simplicity can be found.

The Divine Thread is not essentially different from supreme Consciousness, and our connection to it is always present. Sādhana is the internalization of our dualistic experience of life to discover that transcendent, energetic thread moving through the unified field of Consciousness. Kuṇḍalinī is always descending; and it’s always ascending. As it descends, it creates us. Kuṇḍalinī Sādhana is our conscious ascension, our conscious connecting to that energy, and allowing our awareness to ascend with it.

Abhinavagupta, regarded as the greatest master of nondual Śaiva Tantra, lived in Kashmir during the end of the tenth century and the early eleventh century. He described the Divine Thread in his opus, Tantrāloka (verses 248-51):

This supreme energy blossoming into bliss is adorned like a five-hooded cobra as she rises from the inferior to the superior center. . . . When this energy draws herself up from the brahman’s [lower] seat and enters the brahman’s [higher] seat, she flashes forth like lightning in the former and dissolves into the latter.

In her remarkable book Kuṇḍalinī: Energy of the Depths, scholar Lilian Silburn unpacks those verses in this way:

The ascending movement, starting from mūlādhāra and ending its course in the supreme dvādaśānta, does not stop along the intermediate centers; and using the same term ‘brahman’ to refer to both the starting and the finishing points only stresses the fact that, during this flashing ascent, the two centers are but one.

Our inner work is to discover and experience that eternal connection, which is revealed by the practice of opening the heart and becoming established in flow. Flow consumes individuality, freeing us to recognize that we are an individuated expression of divine force, and that we can function, live, and celebrate as that expression.

Kuṇḍalinī Sādhana might accurately be called the sādhana of change. It is the gift we’ve been given to change our consciousness. At some point in our spiritual work, whether it’s day one, twelve years, or forty years into it, something within us shifts and we recognize the only purpose of sādhana: to directly experience that we are Śiva incarnate.

The three phases of Kuṇḍalinī Sādhana—arousal, awakening, and liberation—all point toward a profoundly subtle understanding of the nature of the supreme Consciousness that is the source of all things, mahāprakāśa. In that discovery lies the extraordinary possibility of recognizing our true nature—of recognizing the infinite, pure Consciousness and joy that is the field, foundation, and expression of all of life as the very essence of our experience, the very ground, means, and creation of our individual lives.

This article was excerpted and adapted from The Divine Thread, by Swami Khecaranatha: 2016, Prasad Press. 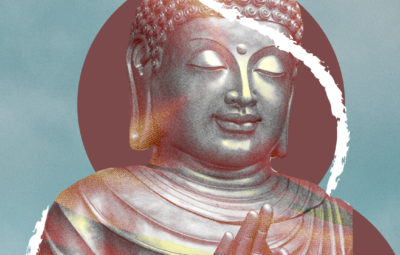