Everyday life is rapidly going virtual, and we are experiencing the vaporization of physical reality as technology rapidly evolves. Apps are displacing shopping malls, and crude single-player video games have morphed into massively multiplayer online role-playing games (MMORPGs). This rapid virtualization of physical reality leads MIT computer scientist Rizwan Virk to suggest in The Simulation Hypothesis that we may be living in an MMORPG without knowing it.

If we are living in a hypnotic simulation controlled by beings greater than us but unknown by us, can we develop a powerful video game to break through to reality? Perhaps, but we would remain dependent upon machinery to awaken—like always needing a meditation app to meditate. Humanity’s mystical traditions teach that we are master simulators of our own experience—with or without machinery—and that it is our choice to sleep or to wake up.

In this course, we will unfold the classic Panchakosha, or Five-Bodies Teaching, from the Upaniṣads to realize the mystical depth in human life. This ancient teaching shows us how to perceive the multiple subtle or virtual bodies that cover up our ordinary consciousness. As we enter more deeply into this teaching over the four weeks of this course, we will also learn how to dismantle these virtual bodies and return to our inborn standpoint of natural enlightenment.

Module 1: The Digital Conquest of the Physical World
In Module 1, we will look at that as everyday life is rapidly going virtual, we are experiencing the vaporization of physical reality. Some philosophers and computer scientists now think that are living in a computer simulation without knowing it.
Module 2: Virtual Reality, Māyā, and the Simulation Hypothesis
In module 2, we will discuss that the possibility that the universe is a simulation is an ancient insight, which we will probe in light of mystical or yogic experience and ancient and modern philosophy.
Module 3: Artificial Enlightenment (AE) and Video Games
In module 3 we will explore that we might soon be able to simulate the enlightened state of illumined mystics and yogis, but as forms of artificial enlightenment (AE), they would keep us dependent upon machinery and corporations to awaken. It’s a bit like always needing a meditation app to meditate, with the result that artificial enlightenment turns out to be just another form of bondage.
Module 4: Overcoming AE by Journeying into Our Subtle Bodies
The world’s ancient wisdom traditions teach that we already contain multiple virtual worlds and that we can travel through them and transcend with meditatively attuned consciousness. The visionary practice known as the Five-Bodies Teaching in the Hindu Upaniṣads suggests that our true liberated Self is enveloped in five bodies of increasingly subtle consciousness. In module 4, we will use this teaching to collapse these bodies back into our deepest Self. 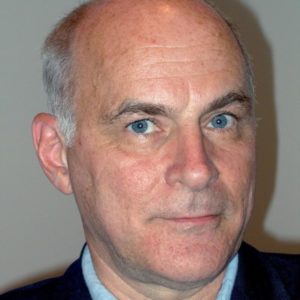 Dr. Kenneth Rose, Ph.D., is Senior Research Fellow at the Graduate Theological Union, Berkeley, California, and emeritus professor of philosophy and religion at Christopher Newport University in Virginia. He teaches and publishes in the areas of comparative religion, comparative mysticism, religious pluralism, and the philosophy of meditation. He developed and lead the online course ÒWisdom from World Religions,Ó which is supported by a Templeton World Charity Foundation grant. His degrees include an M.Div. from Harvard Divinity School and an M.A. and Ph.D. in the Study of Religion from Harvard University. At Harvard, he was a Fellow at the Center for the Study of World Religions. His books include_Yoga, Meditation, and Mysticism: Contemplative Universals and Meditative Landmarks and Pluralism: The Future of Religion. Influenced as much by the_Bhagavad G_t__as by Thomas Merton and the Buddha, Prof. Rose has engaged in a lifelong quest to understand and practice spirituality in light of the sublime mystical texts and practices in the worldÕs wisdom traditions.