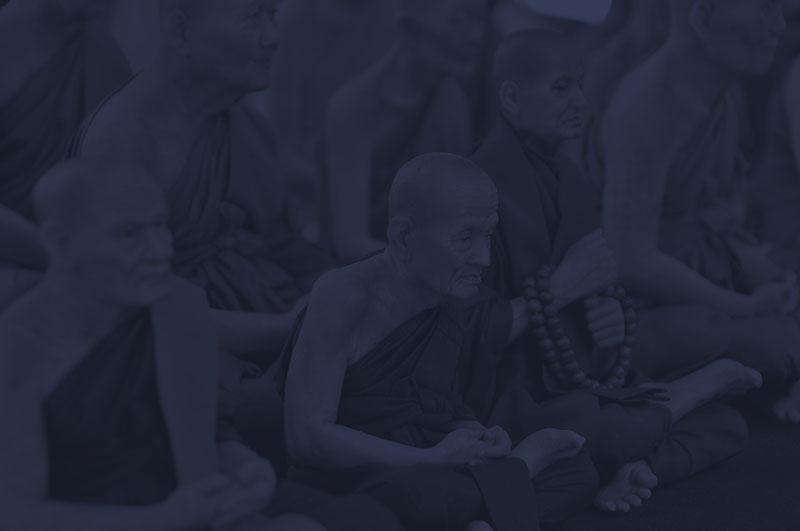 Non-dualism, often denoted with the Sanskrit terms advaita or advaya, is a metaphysical concept that literally means Ònot-two.Ó It is at once an ontological claim about the nature of reality and a description of the mystical experience.

In all of the worldÕs philosophical traditions, speculations about the nature of reality are perennial and pervasive. One of the recurring paths of inquiry could be expressed through the question: Òhow many things are there really?Ó The concepts of Òmonism,Ó Òdualism,Ó and Ònon-dualismÓ are ways in which philosophers have attempted to respond to this question.

ÒMonismÓ either declares that everything is one and that difference is, in some sense, not real; or it declares that difference is real, but it is ultimately made of just one thing, or substance. While the most popular form of Ved_nta today is considered advaita (or non-dual), some understandings of it might be considered an example of the first form of monism mentioned, wherein Brahman (absolute, non-personal consciousness) is the only real thing in the universe, and, since it is formless and unchanging, any change or expression of difference is considered m_y_ (ÒillusionÓ or ÒmagicÓ). Perhaps somewhat ironically, many modern scientists also hold a monistic view of the universe, claiming that matter is the only real substance and everything that seems different from matter (like human consciousness) is in fact just a Òtrick of the lightÓ and ultimately reducible to material interactions in the brain.

Conversely, ÒdualismÓ posits that there are, in fact, two things that are substantially different and ultimately real, and all expressions of reality boil down to an ongoing interaction between these two things. In classical s__khya and classical yoga, these two things are puru_a and prak_ti Ð pure, objectless consciousness that is eternal and unchanging, on the one hand, and the objects of consciousness (including thoughts, feelings and material objects), on the other. In the western philosophical tradition, the most famous dualist was Ren Descartes, who argued that two things Ð res cogitans and res extensa (or thought and extension) Ð are ultimately incommensurable ontological principles.Ê

Monistic points of view often amount to being Òanti-dualist,Ó and indeed, some arbiters of Ònon-dualismÓ today are essentially Òanti-dualistÓ in their perspectives and in turn conflate Ònon-dualismÓ with Òmonism.Ó But Ònon-dualismÓ can be seen as striking an interesting balance between the two perspectives of monism and dualism, because it isnÕt saying that there is one thing or two things Ð it is saying that there are Ònot-twoÓ things, or that reality is Òother than two.Ó

But what does this more nuanced definition mean?

To return to the advaita Ved_nta, non-dualism is expressed in the relationship between Atman and Brahman. Atman is absolute consciousness considered from a microcosmic, or individualistic perspective; whereas Brahman is absolute consciousness considered from a macrocosmic, or universal, perspective. In reality, these two things are not separate or different from one another. Brahman is Atman, and Atman is Brahman.Ê

In the tantrik traditions comprising what is commonly referred to as Kashmir _aivam, non-dualism is captured in images of _iva and _akti, who are often copulating as a way of expressing their ontological entanglement. In these traditions, _iva and _akti are personifications of consciousness and energy, two things that interact to create every expression of life as we know it, but which are, in the final instance, non-separate from one another; you cannot have _iva without _akti.Ê

They only appear to be different, because it is the nature of everyday human perception to perceive things in a dualistic way. For example, we need to understand light and dark, hot and cold, up and down, in order to be effective actors in the world. Furthermore, when we describe things with words, we are beholden to the limitations of language, which is an inherently dualistic enterprise, since it cannot work without the distinction between concepts, subjects and objects.Ê

According to these tantrik traditions, the manifold forms and expressions that life takes are merely the play of non-dual _iva–_akti, consciousness and energy in an eternal dance of creation, maintenance, and dissolution. Just as these forms and expressions can potentially lead us into contraction and delusion, so too can they liberate us, pointing us toward a more expansive perspective, and finally to that absolute source-place of _iva–_akti that is the ultimate ground and essence of everything, and that is our truest identity.

In some contemplative traditions, the goal of meditative practice is to ultimately steep oneself in a space beyond (or below) language, a space we might refer to as Ònon-dual,Ó because while immersed in this silent space, the subject, the object, and the means of knowledge collapse into an experience of pulsating aliveness not conditioned by the affairs of the world. When we come out of meditation, we take a little bit of that nourishing wisdom with us, hopefully integrating it into our waking life, our commitments, and our relationships.