How does one respond to the great variety of views and ways of life that present themselves to us in the contemporary world?  Why does religious diversity provoke anxiety in so many people?  Is it necessary for us all to agree in order to avoid violent conflict?  In this course, we will explore various responses that have been given by philosophers and theologians in both Western and Indic traditions in response to the diversity of worldviews.  We will focus primarily on various versions of a position called religious pluralism, a view which sees the diversity of worldviews as a good thing, from which humanity can learn and grow.

Your instructor, Dr. Jeffery Long, Professor of Religion and Asian Studies at Elizabethtown College, has spent much of his career reflecting on these issues and working to develop an open-ended philosophy of religious pluralism that draws on elements of several traditions, including Vedanta, Jainism, Buddhism, and the process philosophy of Alfred North Whitehead.

Module 1: A Question and Many Answers: Responses to the Diversity of Worldviews
This module we will set up the question that our course is dedicated to answering: How ought one to respond to the diversity of worldviews? This question could also be phrased as: What should we think about the fact that there are many religions and philosophies? We will explore various kinds of response that have been suggested by philosophers and theologians of many traditions. These will include agnosticism, atheism, exclusivism, inclusivism, and pluralism. Each position will be shown to have strengths and disadvantages.
Module 2: Pluralism: The Indian Conversation
In this module, we will examine traditional responses to the diversity of worldviews in the Indian philosophical tradition. Vedic, Vedantic, Buddhist, and Jain responses to this issue will be covered as well as responses from the modern period, with a major focus on the teachings of Ramakrishna and Swami Vivekananda.
Module 3: Pluralism: The Western Conversation
In this module, we will examine the development of religious pluralism in the West, first in secular philosophies, and then among Christian theologians. A major focus will be the progression from exclusivism to inclusivism to pluralism in contemporary Christian thought.
Module 4: Drawing the Indian and Western Conversations Together
In our final session, having examined various criticisms of pluralism that have emerged in Western philosophy and theology, we will explore an approach to this issue that draws together elements of both Indian and Western thought in an attempt to build upon the strengths of both and respond to the criticisms to which earlier models of pluralism have been subject. 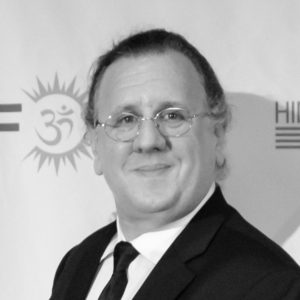 Jeffery D. Long is Professor of Religion and Asian Studies at Elizabethtown College, in Pennsylvania. He is associated with the Vedanta Society, D_NAM (the Dharma Academy of North America) and the Hindu American Foundation. A major theme of Long's work is religious pluralism, a topic he approaches from a perspective informed by the process philosophy of Alfred North Whitehead and which he refers to as a "Hindu process theology." Dr. Long has authored three books, A Vision for Hinduism: Beyond Hindu Nationalism, Jainism: An Introduction, and The Historical Dictionary of Hinduism. He has published and presented a number of articles and papers in various forums including the Association for Asian Studies, the Society for Asian and Comparative Philosophy, and the American Academy of Religion. He is currently working on three manuscripts: Indian Philosophy: An Introduction, a book on Hinduism in America, and another on Swami Vivekananda and his teachings.