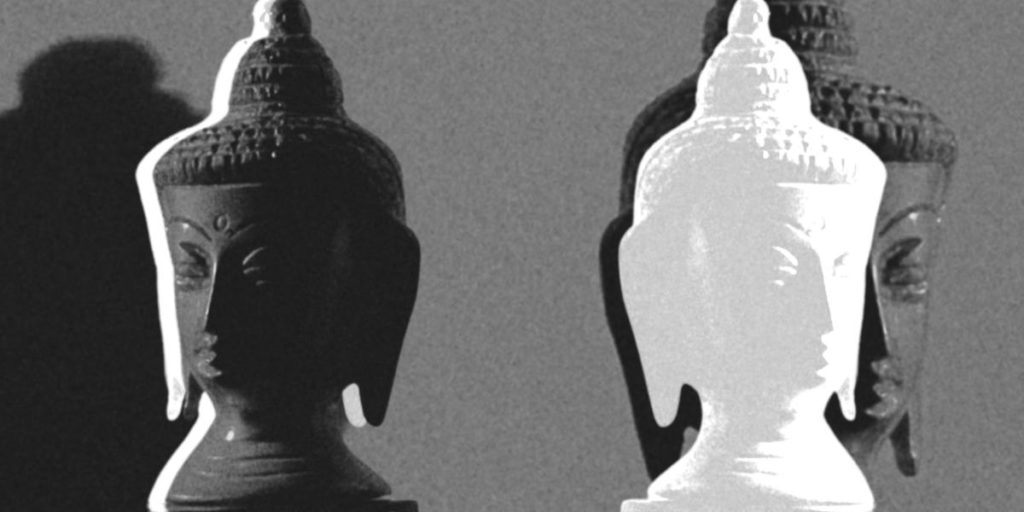 What is spiritual citizenship? In the recent conference “Spiritual Citizenship,” hosted by Embodied Philosophy in the Summer of 2021, one of our opening speakers, Jeong-eun Rhee, began by problematizing the terms, spiritual and citizenship. She referenced a history of orientalist scholarship that identified “Eastern” traditions as primarily “spiritual,” and, therefore less intellectually rigorous than “Western” traditions. Today, spirituality retains some of that early, imperialist allure and notions of the “exotic, spiritual East” continue to permeate salad bar appropriations of practices, unmoored from their traditional religious roots. However, the term spirituality has also risen above religiosity. An increasing number of individuals with “spiritual practices” are explicitly not religious due to religion-related trauma, including the (at times) systemic exclusion of LGBTQ, sex abuse, and the seemingly willful disregard of the environmental crisis. This observation is supported by the study conducted by Linda Mercadante and published in her 2014 book, Belief Without Borders: Inside the Minds of the Spiritual but not Religious, where she describes moral objections as one of the leading reasons that people depart from their religious identities. These are often individuals who are explicitly turning away from religious traditions and towards “spirituality” in the form of Yoga and meditation. Thus, the focus on spirituality seems to indicate a kind of autonomy from institutional errors and the freedom to look towards a higher potential for human consciousness.

Citizenship, by contrast, ultimately suggests the possibility of belonging and exclusion. In employing the term citizenship, we must consider the at times arbitrary nature of borderlands and the countless individuals who struggle to cross national boundaries in search of safety. It is a privilege often taken for granted and it can be a life shattering event when it is abused or denied. Citizenship is also indicative of the mutual responsibility and relationship between a governing body and the individual. A “good citizen” follows the laws or works to change them and contributes to the well-being of their community, and in turn, is meant to receive the protection and support of their governance. For American “Dreamers,” or DACA (deferred action for childhood arrivals) recipients, citizenship is wedded to the hope for a better future. In using the term citizenship to point towards a combining of religious, spiritual, and social concerns, we evoke both the global and communal impact of individual actions as well as the need for new and creative ways of building bridges and creating community across previously imagined boundaries.

“Spirituality” is a concept once removed from religious belonging. Religious life includes spirituality, but spirituality does not require religion, as evidenced by the growing sector of those who claim to be SBNR. Of course, one of the dangers within this spiritual autonomy is isolation – since one of the fundamental functions of most religious traditions is to organize and bring people together. With differing beliefs and varying levels of commitment and knowledge, how do the SBNR organize? How do we arrive at spiritual citizenship?

In his 2007 book Acts of Faith, educator and author Eboo Patel details the development of the Interfaith Youth Core, which brings youth from differing religious backgrounds together to work on projects that benefit the community and focuses on shared values such as hospitality, cooperation, compassion, and mercy, by facilitating interreligious conversations about these values. For Patel, these conversations and shared experiences of activism provide a way for young people to strengthen their religious identity while simultaneously learning to accept and work with people from differing backgrounds. Forums for interreligious dialogue – from university based programs to larger conferences like the American Academy of Religion – similarly highlight common values and the possibility of interreligious peace work. Yet, generally absent from the table (so to speak) is the SBNR. How can one who is explicitly not religious contribute or benefit from “interreligious” dialogue?

A 2021 Pew Research poll found 22.8% of individuals in the United States of America identified as “unaffiliated.” Of that group, only 3.1% said they were atheist. That leaves almost 20% of the population of the US as potentially falling into the category of SBNR. And while it is difficult to arrive at a statistic of how much of the population currently practices yoga or exactly what that means (since frequency of practice, level of commitment, knowledge of traditions, goals of practice, etc. all vary widely) polls do show that 1 in every 3 Americans have tried yoga. This could lead to the somewhat playful question, “Is Yoga the second largest religious/spiritual tradition in the US?”

The use of the term “spiritual” in Spiritual Citizenship, therefore, specifically denotes a category that includes both those who are SBNR (for lack of a better way of identifying non-Hindu/Buddhist practitioners of Yoga and meditation) as well as those who belong to religious communities. It further emerges from the context of Embodied Philosophy where, like programs such as the Loyola Marymount University Master’s in Yoga Studies, Naropa, and others, we are seeking to form a greater sense of community and knowledge around a common set of texts and histories related to Yoga and meditation. I contend that the constructive impulse of this amorphic community is towards social activism and environmental conservation. In fact, it may be in the common ground of shared social concerns that the “community” aspect of the SBNR and the religious is formed.

This brings up another point about the particular shape and expression that spiritual activism takes. In Andrea Jain’s presentation and panel discussion at the Spiritual Citizenship conference – both drawn from her books, Selling Yoga (2015) & Peace Love Yoga (2020), Jain points to the anti-capitalist gestures embedded within spiritual consumerism that are just that – mere gestures, slogans on t-shirts and drops in the bucket of social activism. This critique echoes a much earlier one that emerged out of liberation theology and the work of the Peruvian scholar Gustavo Gutierrez that argued that Christian acts of charity were not sufficient without attention to the greater systemic causes of injustice. Attention to the systems of oppression, the current laws and standards that support inequality and environmental degradation is needed over and above individual acts of charity and personal choices to, for example, shop local, organicfarmers’ markets – though that’s a nice option if you are privileged enough to have it.

In contrast, at the Spiritual Citizenship conference researcher Amy Edelstein (and contributor to this issue of Tarka) gave a presentation entitled “Living from Wholeness to Transform Our Fragmented World,” wherein she gave an example of a cut on her small finger. Should she tend to the small and particular wound on her finger or simply cut the finger off, let it go? Obviously enacting care to a small and seemingly insignificant aspect of her being has an impact on her overall ability to function and thrive. Similar teachings that point towards interconnectedness (or interbeing, in Thich Nhat Han’s terminology) feature prominently in justifications for combining spirituality and activism. “Mere gestures,” to use Jain’s phrase, can have significant local and individual impacts. This patience with the present moment or what Roshi Joan Halifax terms “wise hope” is the gritty work of daily spiritual practice, as personal practice, self-care, and as individual acts of service and charity.  “Ordinary hope,” Halifax writes, “is based in desire, wanting an outcome that could well be different from what might actually happen.” By contrast, wise hope is made steadfast and is emblematic of the Bodhisattva vow, “This kind of hope is free of desire, free from any attachment to outcome; it is a species of hope that is victorious over fear.” It is this “wise hope” that has informed Halifax’s chaplaincy work and empowered her to sit with the dying and to tend to the desperate circumstances of refugees. Yet how do we move the small and local to effect policy? Again, the question arises, how is spiritual citizenship formed? How do we organize?

As a Buddhist, Halifax suggests that “living by vow,” offers a framework that the Buddhist can fall back upon in times of weakness and moral fatigue. It is the commitment to the greater path over and above a personal agenda that offers strength. Similarly, in his article for this issue, “Can Contemplative Practices Lessen Hatred in Political and Social Activism in the US,” Ramdas Lamb argues that Patañjali’s yamas and niyamas provide an ethical framework that is shared by the Jaina, Buddhist, and Hindu communities and that is also widely employed in the more secularized trainings for yoga and mindfulness. Yet, within the latter the emphasis upon postural practice and the desire to present yoga and mindfulness in more secular environments has led to a separation of the practices of yoga from their ethical framework. Like Halifax’s suggestion to “live by vow,” Lamb suggests that a return to this fundamental ethical framework may add to the moral strength and value of contemporary spiritual practices.

Interestingly, in the 2021 Edward Cadbury Lectures, Professor Linda Woodhead delivered a series of talks entitled, “Values are the New Religion.” She argues that within her lifetime a majority personal (that is, a default or commonly accepted) ethic has changed from “Give your life,” to “Live your life.”  And, while “live your life,” as an ethical framework might sound grievously self-absorbed and individualistic, it in fact echoes the ethos of interdependence (albeit in Christian and/or post-Christian terminology) I mentioned earlier.  As such, greater attention to self-care impacts care for others and even the world. Thus, perhaps a turn towards vows, ethics, values, and even self-care can provide an organizing framework for spiritual citizenship. Rather than bemoaning the individualism of the 21st century, perhaps this framework can help us recognize and enhance the strengths that are currently emerging in our present moment.

The issue before you holds a number of exciting articles, both inspired by and drawn from Embodied Philosophy’s past year of sustained focus on spiritual citizenship. Spiritual Citizenship conference participants who are also published in this issue include Devora Neumark, Alka Arora, Ramdas Lamb, Fadeke Castor, Amy Edelstein, Francesca Maxime, Tomas Prower, Neil Dalal, and Oneika Mays. In addition, we have added articles that discuss Jain ethics by Jinesh Sheth; spiritual bypassing by Serenity Tedesco; psychedelics and activism by Patricia Tillman; on seva, or service, by Marcy Goldstein; ethical developments for museums and historical art displays by Christopher Rzigalinski; as well as several articles that discuss the impact of relationships including family, love, gender, and politics by Asha Gozzelin, Andrew Raba, and LeTonia Jones.

The events of recent years have inspired a deep collective reckoning that extends to the very heart of what it means to be an engaged citizen. The current struggles around race, culture, gender, and ecology reflect a deep division that calls into question our preconceived notions of who we think we are and what we’re capable of becoming. Across religious and cultural divisions, prophetic voices – inspired and grounded in spiritual traditions – have historically roused and sustained profound movements for social justice. And, as much as spirituality can be a balm and a pacifier, it can also be the fuel and the language that bridges the divisive ground between us. As we seek greater depth in practice and as we form new kinds of community, we are individually and collectively called to reimagine spirituality and citizenship and what it might mean to embody a spiritual citizenship.