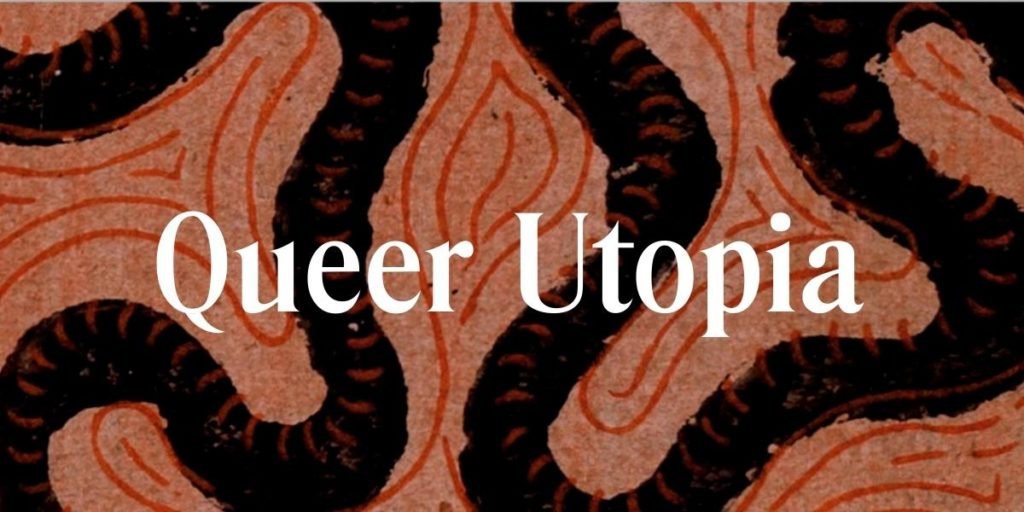 Of course now I know that I felt ashamed. I thought that gays cared only about drugs, sex, and their own reflection. I must have picked up this image from somewhere. I was terrified of HIV too, and I associated it with gay sex and death. It was the late 1990s and early 2000s, and I was poorly informed. I should have just been enjoying myself and exploring my body, maybe sniffing poppers at a bus stop. But instead, I realise now, I was in a private crisis. I wasn’t sporty or aggressive, and I didn’t fancy girls enough. I did not want to be a man if it meant that, or a gay if it meant this.

Now I wonder how my life so far might have been different, perhaps better, if I’d rebelled. Maybe I should have been a rule-breaker after all. I could have told anyone who didn’t like me to sod off. Instead, I listened too much to the ideas that kept me in line. I thought of them as my ideas, but of course they weren’t; shame is always an import. If only I’d let my imagination take the lead from the joys of sci-fi and porn, I could have leapt towards queer utopia. I might have come up with something like the verdant dreamscape envisaged by Larry Mitchell seven years before I was conceived, in his book The Faggots and their Friends Between Revolutions from 1977. The book is a genre-bending poetic polemic with hilarious illustrations by Ned Asta. In one episode between the covers we find the radical queer men, known as fairies, at home on the land:

I like to think of Mitchell thinking of teenagers like me in the future as he wrote about the fairies and the cucumbers. I’m sure he hoped that his words and Asta’s pictures would reach us and make us realise our options, our potential. It’s sad that I didn’t find their book until much later, when a friend gave it to me for my thirty-sixth birthday. Mitchell’s fairies were based on the very real radical faeries who live in queer communes in the countryside. In that sense, his ideas were very concrete, not just a dream; they were already happening by the rule-breakers who dared to escape mainstream life. I had no idea.

Although I kept my identity crisis in the dark when I was a teenager, now I get a thrill every time I flip a light on and say how great it is to be gay. This is how ‘pride’ became the slogan for people of sexual and gender difference. Our classic journey is to accept our difference as part of our identity, and assert our pride out on a march or at home in the mirror. Everyone who is queer, undecided, intersex, lesbian, transgender, bisexual, asexual and/or gay — that is, everyone in the QUILTBAG, which is the best way to bunch us if you have to — goes through their own journey. It’s an interior journey, with each of us hoping to inhabit queer utopia. And it’s an exterior, political journey too, asserted through marches and legislative change. Oppression, shame, self-definition, acceptance, pride. This liberation is the basis of all the dreams of the people of sexual and gender difference. Many of them end up building a queer utopia like the radical faeries, with communal lentils, shared cleaning duties, and polyamory. Or, at the very least, gay bars, transgender Reddit forums, and bisexual reading groups…

Seeking security, pleasure, and community, we assemble in places with others who share our category. This bunching comes from an internal need to be accepted, understood, and loved, which everyone deserves of course. But in searching for our queer utopias we assemble ourselves into ever smaller and tightly defined groups. We seek out the content made specifically for us thanks to the artificial intelligence algorithms at Netflix and Instagram. Sometimes we become a little obsessed with the past, preserving the good things that have built our categories today. This is one reason why many people in the QUILTBAG, including me, are fascinated by queer history.

I sometimes wonder how individuals in the QUILTBAG would fare if one day the category-based structure of our modern lives dissolved. We would start over, trying to find each other, searching for solidarity — but I bet the words coined and alliances forged would differ from the ones we have today. How can that be possible? Because categories can only ever be an approximation of who an individual really is. Our words are so limited. We know this because queer performers from the future have told us.

I’m thinking about the musician and producer SOPHIE. SOPHIE held back most forms of identity for years, never showing face, using others’ voices, unsettling the ways we rely on physicality to experience one another. SOPHIE even shunned all personal pronouns, and in this way and many others seemed to transcend us all. Music became SOPHIE’s chosen method of communication and self-expression. And it was bloody good. Every track is a pristine teardrop, the sound of something made by quantum computers with access to human empathy and unlimited processing power.

In the euphoric rhythms of the song Immaterial, SOPHIE removed the things that we use to categorise ourselves:

Without my legs or my hair
Without my genes or my blood
With no name and with no type of story
Where do I live?
Tell me, where do I exist?

I think SOPHIE exists simultaneously in our minds and our futures. SOPHIE’s work brings identity to the surface only to see it dissolve in an explosion of bizarre industrial electropop noise. This is how SOPHIE lives fluidly and freely in a queer utopia. But in January 2021 SOPHIE died falling from a balcony when trying to photograph the Moon. SOPHIE was a visitor from the future who will forever be reaching out. Inside SOPHIE’s words, performances, and final act is the queer utopia of always grasping, always dreaming of a freer life. The music SOPHIE left behind is an expression of one person’s pure identity, as opposed to categorisation. This is the kind of rule-breaking I admire now.

SOPHIE’s music sounds like building a queer utopia by looking inward, rather than focusing on the material reality of legs, hair, lentils, or mutually agreed cleaning rotas. Like Mitchell’s dreamscape, SOPHIE shifts us on from shame. But this mode also encourages us to find ourselves. We can think in a rhythm like SOPHIE’s, and that’s how I’ve managed to break out of the crisis that started when I was a teenager. It took me until I was twenty-nine to begin enjoying my body sexually with others, through exploration, community and, yes, poppers — which is why I’ve ended up writing a book about this drug and queer identity. Utopia can be a place, perhaps as Mitchell described, or an embodied art, as SOPHIE achieved. But for me it is a feeling, and it is queer because it resists imposition from anyone else.

Queer utopia is the feeling that your body is yours, it’s free and full of potential, and it’s not poisoned by anyone or their ideas.