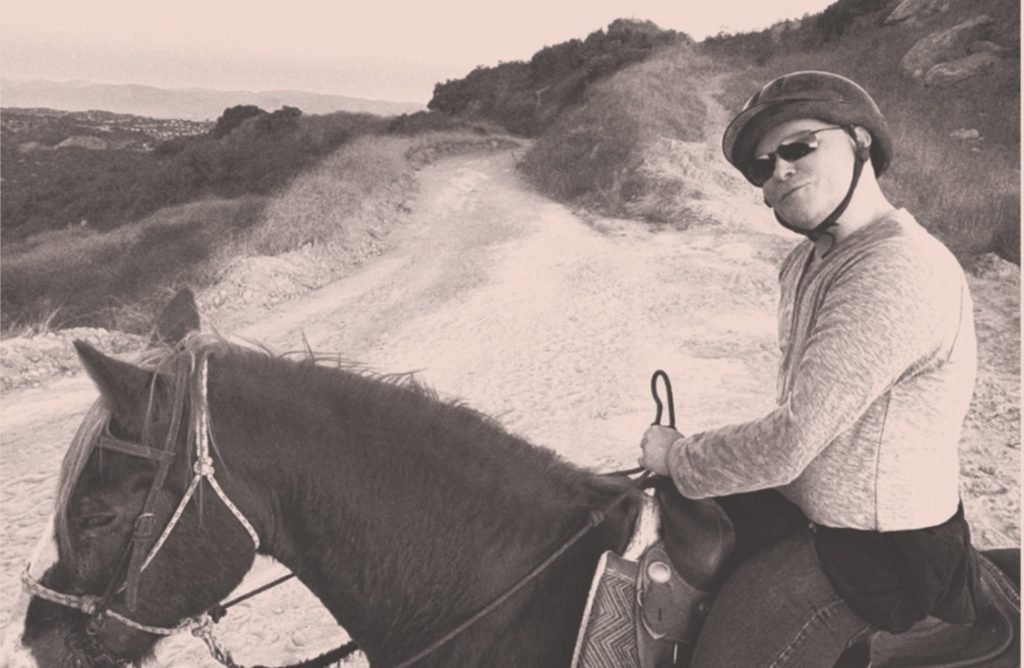 It was a hot summer evening in rural Garrard County, Kentucky. I watched as what appeared to be an elderly woman was “struck” with such emotion that tears began running down her face; she reached her hands to the sky as I played my tambourine amidst the screaming and shouting that moved in cadence to the rhythm of not only my instrument, but to the call and response of the pastor. It was but a typical Sunday evening, the fish fry was all packed up, and all the folks had gathered back into the church for service. Quickly she yelped and began to speak in a polysyllabic screech that made my ears hurt and began to jerk violently as she then leaped up from her seat and began to bounce from one pew to the next. Everyone’s clapping seemed to keep her afloat. My eleven-year-old brain didn’t know what to make of this, but one thing was for sure—I knew I did not belong. It wasn’t just the spectacle of a holiness revival that had me disconnected; it was the deep struggle for some feeling of connection, of recognition as one who belonged in this “kingdom of God.” I had heard that I didn’t belong in this kingdom of God, at least not people like me, for I knew I was a gay kid – and there was no room for kids like me in this church, no room at their “inn.” I had to seek elsewhere for sure, but until I knew where to go, I would keep playing Sunday after Sunday.

That feeling of being without a spiritual home would consume much of my thinking for two years, until one day, while browsing Netscape (on the dial-up internet at the local library), I found a website that took a different approach, from an organization called the Metropolitan Community Church in Louisville, Kentucky. According to the website, it was a church that was an “example of Jesus and empowered by the spirit” for those who were “fully awake to God’s enduring love,” and particularly to those who were “LGBT.” Their theological take on the teachings of Christ would not only liberate me from the confines of a Pentecostal sermon on homosexuality, but it would set me on a path towards a greater spiritual living that I could never imagine. It began my own connection to a spiritual path, a dharma of my own, of being both spiritual and queer in a world where taking refuge outside of myself would almost always lead me back to myself. I would routinely be forced to recognize that I could not find the answers to some of life’s biggest questions in a single faith, nor a single church, but rather only within my queer hillbilly heart. For its wisdom would always keep me moving, decade after decade, towards greater authentic representations of spirit in the world—representations fundamentally queer and spiritual rather than purely fundamentally religious.

Today, I identify mostly as an eclectic bodhi dharma inspired queer who bows his head wherever there is reverence, mostly now recovered from my fundamentalist experiences of early Kentucky life. Like so many queer people, I found the world of religion never really felt safe to me, and it has led to beautiful insights from my studies of Buddhist psychology, relational psychoanalysis, transpersonal psychology, and many other liberation psychologies that now have created a more contemplative way of connecting to my own heart’s wisdom as a spiritual home. A place of internal belonging that I now work to help others to find in their own way, and in their own language.

Queerness I think does that to people – it creates a kind of invita- tion to becoming a seeker that hopefully leads one to the wisdom of their own heart; perhaps this is why the skills born out of bodhicitta1 and its associated spiritual path speak to me as a path through the challenges of postmodern anxiety and pending ecological crisis and collapse. In my professional life as a practicing clinical psychologist, I have yielded these methods in service to my patients as well. And I’ve watched my profession adopt mindfulness-based interventions to meet the challenges of a world in desperate need of a new mythos, what relational psychoanalysis sometimes calls a “moral third.”2 This third, in my view, is also the space between self and other. It is where the spirit now lives for me. It is the radiance of the life force itself – far less anthropomorphic and far more organizing as an expression of active intelligence in the world.

We psychologists have found that one of the most neuro-protective factors in psycho-spiritual well-being is what is often called “psychic androgyny.” According to Mihaly Csikszentmihalyi’s works on cre- ativity, psychic androgeny is the ability to adopt and integrate both masculine and feminine positions in our minds, in our interior worlds which allows us all to then develop the capacity to reflexively hold in our mind an awareness of both ourselves and one other. This is a massive feat developmentally, as it prevents the collapse into a split that binary thinking often leads to when we regress into primitive anxieties of “us versus them,” or “the saved and the sinner” (Ben- jamin, 2018). This split born out of complementarity is what we relational psychoanalysts call a “doer and done to mentality.” It is what unconsciously creates polarity within our own minds, in both our interior world and the exterior world—it’s what may then cast people out of the perceived “kingdom.” My queer dharma, my path as a spiritual but not religious person has (on a good day) helped me escape the confines of this kind of split; it introduced me to my own two-spirited way of being in the world, where I could move beyond binaries and into a world that mirrored the complexity of my own heart-mind.

This emancipation is what I believe the idea of a queer dharma does for us all (and y’all does mean all). It liberates us from the polarities of a binary way of thinking and being in the world and opens us all to a possibility where emergent properties of being are indeed masculine and feminine (sometimes both), same and different, homo and hetero; and which can co-exist in an integrative fashion rather than purely a complementary one. This unconscious (or spiritual) dynamic is in my mind the only way forward for us on the planet, lest we continue to perpetuate the subjugation and suffering of a binary world with its real existential risks.

A queer dharma is indeed one that both transcends and includes self and other as part of its transformative capacity to hold space for ambiguity, uncertainty, and nonbinary ontology. Through this inte- gration is promoted a recognition of multiplicity (all of us), which says: “you too belong here;” “more than one of us can live;” and “we are still connected to one another in this thing called life.” And while some in the queer dharma may or may not be slaying in the spirit in the ways of our ancestors (in Church revivals of rural fervor), we have nonetheless grown into more spiritual expressions of ourselves and of life itself. Many queer dharma practitioners may slay on the dance floor, as we dance down the moon in our community gatherings, and in so doing invite the broader world to learn to live and love one another through the rhythms of our greater liberation and connection. My queer dharma is one that now holds that the spiritual embodiment of an awakened heart is to live the love you truly are. This is the invitation we represent as an expression of intelligence fusing both masculine and feminine into a single expression of being. I find my queer dharma when I am with others: when we dance, when we sing, and when we give ourselves permission to be – to slay.

I still smile when I see a tambourine player, knowing that due to the courage and wisdom of countless queer people we are creating a world where the so-called kingdom of God can indeed be on earth as it is in heaven. I am now slayed in the spirit of love – as the living intelligence that is ordinary queer being. So, I say to my queer broth- ers and sisters: keep on being you. We are what the world is looking for. We show a possible expression of how we can end the separation between one another and create a more beloved community in this world, one dance at a time.