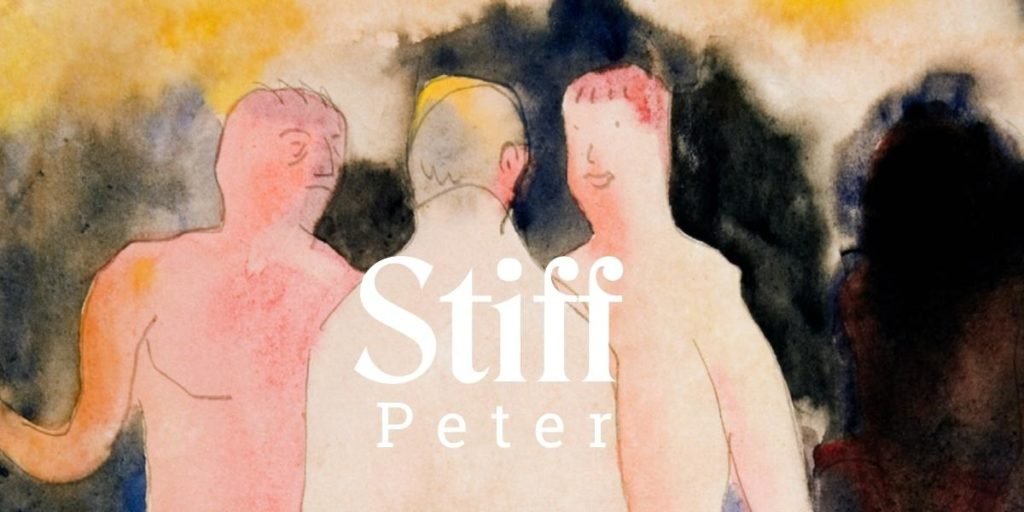 Wind is seen or heard when it makes contact with objects.  The Queer functions similarly.  Movement and noise come from contact.

There is danger in not thinking about God in a queer broadness.  In creating borders around what the Jesus movement is or isn’t, people are left out.  On the day of Pentecost, Acts 2:1 says, “they were gathered together in one place.” From the previous chapter, one can assume that the “they” consists of at least the eleven apostles.  So is the church made up of only apostles? The day of Pentecost is presented as a different day than when all of the apostles are gathered.  So is it possible that the “they” is broader than who we might think or even wish were present?  The Queer often brings other queers to the table that we were and are not expecting.  What if the “they” that walked up included people of a variety of religions, races, classes, and sexes?  Maybe Pentecost was so queer that the writer could not have even possibly have listed all the people that God touched in their own context.

Unity can be a forgotten value when one focuses on uplifting the queerness of every individual.  The Pentecost crowd gathered together in one place. This group did not have to be of one doctrine or understanding to know that there was something coming and they wanted to be a part of it. Those who follow the Queer know something is about to happen and they gather together because they want to be a part of it.  Unity in difference or queerness ushers in the eruption.

“And suddenly from heaven…” (Acts 2:2).  Something happened and it happened quickly. The accompanying description of what happened might reveal what the group was doing in their waiting.  The writer describes something coming out of heaven. How would anyone know what heaven was unless they had been taught? Did the something come out of the sky or did it come from another place entirely? Where is this heaven that the writer speaks of? Perhaps God was there teaching the gathered what to look for and how to know when it has come upon you. Queerness is an individual process that begins with allowing the Queer within to teach you how to describe and where to look for the eruption.

The sound came out of heaven. What do the sounds from heaven sound like? We can assume that the noise was not the stereotypical melodies of harps. The writer says that it was “like the rush of a violent wind” (2:2). The sounds of heavy metal music mixed with the sound of a freight train were probably closer to the melodies coming out of heaven in this context. The sound was violent and violent sounds are unnerving and dislodging.  God came out to the world once more as the Queer on Pentecost. To those who were the keepers of the many evils of normativity, the queerness of God was incredibly threatening. With such a threatening violent wind, the apostles and others gathered round should have run away. Those who have spent a moment waiting on God are often overwhelmed when the rush of the Queer comes upon them, but they recognize the divine and wait to see what happens next.  Those who embrace their queerness are not immediately perfect, but they do have the courage to embrace the power of the Queer and wait to see what happens next.

The violent wind “filled the entire house where they were sitting” (2:2). The violent wind swirled round and round tussling about all who were gathered. When we take the initial steps out of the closet of normativity, the queerness of God comes upon us and mixes us up. The queerness of the Spirit fills our rooms to dislodge us from our comfort with the walls and boundaries of the space. We are filled with queerness to the point where we are aware of only our self and the violent wind of the Queer. As the violent wind swirls around in a moment of solitude, God fills us up and pulls out of us what was always there, the Queer within us.

Flaming tongues got loose and danced around the room. Why were the people not frightened when flaming tongues rested upon them? Maybe the people sensed that they had always longed for a good lick from the flaming tongue of the Queer. Perhaps a fiery heavenly lick is the only thing that can awaken us from our normative utterances to a place of queer speech.

“All of them were filled with the Holy Spirit…” (2:4). The Queer awakens the queer images of God that God has placed in humans since the beginning. By filling up the human vessel with an awakened reality of queerness, the Queer creates a queer space full of queer actors who have steeped out of their closets and are ready to accomplish queer things. “…and began to speak in other languages…” (2:4).  The mixture and utterances of diverse languages is a defining characteristic of queer spaces. The queers speak as God has uniquely called each of them to speak in their own tongue. In a world of normativity, the utterances of a queer are always going to be other languages. A queer is going to speak like a queer. Who are we to try and normatize the language of anyone? When queerness flows out of the mouth, we see the image of the Queer flaring up from our very soul.

The Spirit makes the queerness that we hear coming from the various tongues possible. Without the Queer, there would have been nothing more than normative silence or meaningless chatter. God shows up and pulls meaning out of each individual. The people spoke and grew queerer “…as the Spirit gave them ability.” (2:4). God is the Queer doing the queering. God is the one pulling the tongues out of the people. God is the great queerer of every moment.

Devout Jews from every nation on earth were present to witness the explosion of the Queer. Devout people have to make sense of the world from the paradigm of their particular sect of their particular religious group.  The problem is that most paradigms are not God’s paradigm.  The Queer is always too queer to fit into a normative paradigm. The Queer was loose and “…the crowd gathered and was bewildered…” (2:6).  The scene was probably not all that different from someone jumping up and shaking their ass for Jesus in the midst of a worship service at a First Baptist Church in Mississippi at 11:15am on a Sunday morning. Throughout the pews, everyone is leaning in to try to figure out what is going on and talking all kinds of shit about the ass shaker. In the midst of the spectacle of it all, there is a slight inclination in everyone watching that they want to get up and shake their ass too. The bewilderment comes from the desire to be queer, too.  “…each one heard them speaking in the native language of each.” (2:6). The queerest part about Pentecost is that the invitation to be queer went out to the nations through queer utterances of the power of God through the languages of all gathered. The Queer uses the coming out of queers to call other people out of their closets too.  The violence of Pentecost is that closets are being spoken to and torn down with tongues that are on fire.

The questions erupted after the Queer got loose. The question “What does this mean?” features prominently in the text (2:12).  Meaning is a normative impulse that pulls us away from the path of the Queer that is being. On this side of paradise, there will always be those whose primary ambition is to explain. Queerness is often unexplainable. Sometimes we just have to be. The crowd at Pentecost wanted answers before they came out of their closets. God was just inviting them into the light of being queer. There is very little difference between the ones who questioned and the ones who sneeringly say “They are filled with new wine” (2:12). Both parties are trying to explain the unexplainable. There is a need to stop and be. The Queer just wants us to be who and what the Queer made us to be, queer.

Imagine hearing a symphony directed by God. Everyone is amazed at the beautiful melodies coming from each individual queerly played instrument. The melodies move you to close your eyes and hang on every note. The symphony inspires you to be queer, too. Just when you feel the Queer about to combust inside you, someone stands up in the middle of the celestial auditorium and tries to explain what is going on and set rules for the continuance of the symphony. On Pentecost, Peter is the great explainer.

Through a sermon of the meaning of the events that everyone just witnessed, Peter delivers an apologetic that Jesus Christ was indeed the Son of God. Was there a need to explain? The beautiful queerness of the moment must have been lingering. I believe this explanation is more about Peter than God. Peter has to explain in order to create meaning of what he has just experienced. Would the Queer not have moved in the lives of those gathered with or without Peter’s sermon? The beauty of queerness is that it moves us whether we can describe it or not and no explanation is necessary for it to be. Peter also makes it very clear that the authorities are responsible for killing Jesus (2:23,36). Excessive explanation and a dose of guilt were included in the first sermon. The borders and boundaries that define all of our churches are a direct result of this moment. The legalism and guilt inducing nature of the church that those at Pentecost first experienced flow through the first converts and on down to us.  Through signs and wonders, people continued to be converted to a religion. Did the apostles miss something by trying to control and define the early Jesus movement? What if Peter had never preached that sermon and just walked down to the river to see who wanted to be baptized? What if Peter had just let the queerness flow without trying to contain or explain it? What if the people were encouraged to be rather than to doctrinally believe? Perhaps the queerness of God wouldn’t be so hard to find now.