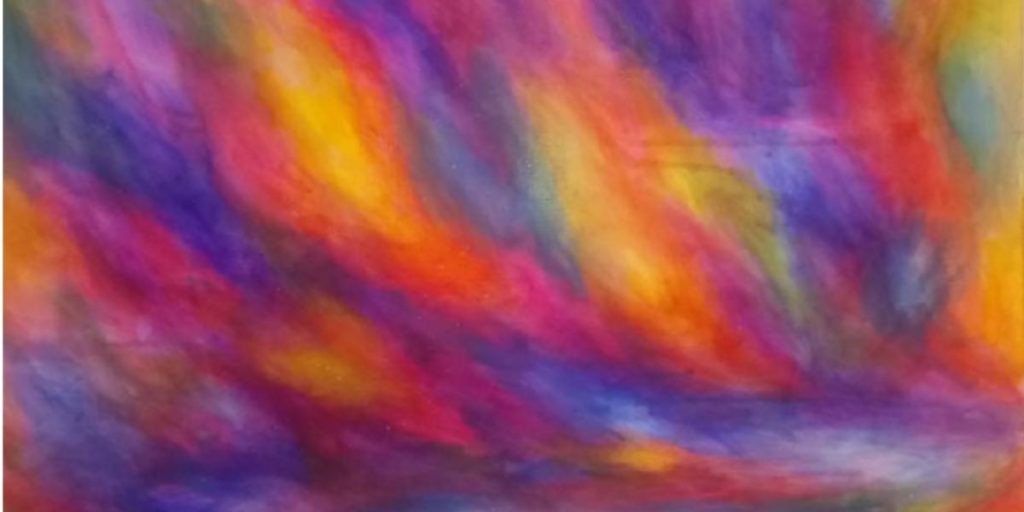 Language around sexuality and gender has shifted and changed throughout history. New words have emerged and existing words have altered meanings and the way they are used. Queer is an example of this repositioning.

In the 16th century, the word queer in the English language originally meant “strange,” “odd,” “peculiar,” or “eccentric.” It referred to something suspicious or “not quite right,” or to a person with mild derangement or who exhibits socially inappropriate behaviour. By the late 19th century, queer was beginning to gain a connotation of sexual deviance, used to refer to feminine men or men who were thought to have engaged in same-sex relationships. Queer, fairy, trade, and gay signified distinct social categories within the gay male subculture. Queer was used among gay men in order to claim or self-identify with perceived normative masculine status. However, dominant straight culture did not acknowledge such distinctions. By the 20th century, queer was used in mainstream society, along with fairy and faggot, as a pejorative term to refer to men who were perceived as flamboyant.

From the late 1980s onward, queer activists, such as the members of Queer Nation, began to reclaim the word from its pejorative use as a neutral or positive self-identifier by LGBT people. During the 2000s and ongoingly, queer gradually became a term used to describe a broad spectrum of non-normative sexual and gender identities. Over time, queer acquired a number of meanings related to sexuality and gender, from narrowly meaning “gay or lesbian” to referring to anyone non-heterosexual or non-cisgender, instead of exclusively to people who are lesbian, gay, bisexual, or transgender. To recognize this inclusion Q was added to LGBT for those who identify as queer or are questioning their sexual identity, covering gender-neutral, non-binary, genderfluid, pansexual, solosexual people, and more. The expansion of queer, however, has been criticized by those who argue that the term can only be reclaimed by those it has been used to oppress.

Some examples of modern expressions of queer identities are queer arts, queer cultural groups, and queer political groups. In the academic world, disciplines with a general opposition to binarism, normativity, and a perceived lack of intersectionality, such as queer studies and queer theory have established themselves in the last 30 years. Queer theory is multiplex. It evolved from various critical and cultural contexts, including feminism, post-structuralist theory, radical movements of POC, gender and sexuality studies, gay, and lesbian movements, AIDS activism, various sexual subcultural practices, and postcolonialism. Queer theory had its beginnings in the educational realm but was at all times influenced by the cultural events regarding its content, such as the work of groups such as ACT-UP and Queer Nation. These groups’ activism helped define the field by highlighting non-normative perspectives to the traditional identity politics and marginal group creations. Queer theory, as a newer theory, questions many of the set ideas of the more established fields that it comes from and challenges notions of defined and finite identity categories, including norms that generate a binary of good versus bad sexualities. Queer theorists advocate that there is no set normal, only changing norms that people may or may not fit into, and promote the disruption of binaries in the hopes of putting an end to subjugation and inequality.

Today, queer is a multi-faceted word that is used in different ways and can mean different things to different people. Queer can be a label claimed by a person who is attracted to men, women, genderqueer people, and/or other gender nonconforming people. Queer can mean not fitting cultural norms around sexuality and/or gender identity/expression. Queer can be a label claimed by a person who feels that they personally do not fit into dominant norms, due to their own gender identity/expression, their sexual practices, and/or their relationship style. Queer may also mean simply non-heterosexual. Queer is frequently used as an umbrella term to refer to all people with non-heterosexual sexual orientations or all people who are marginalized on the basis of sexual orientation. Furthermore, queer stands for transgressive, revolutionary, anti-assimilation, and challenging of the status quo. Many people claim the label queer as a badge of honor that has a radical, political edge. Other LGBT folks, however, dislike the use of queer as an umbrella term because they associate it with this political radicalism. The argument is that the deliberate use of the epithet queer by political radicals has played a role in dividing the LGBT community by political opinion, class, gender, age, and other factors. Queer can also still be a slur for someone perceived to be gay or lesbian and is still used as a derogatory term by certain people. Some LGBT folks disapprove of using the term queer because they consider it offensive, derisive or self-deprecating because of it’s pejorative use, and some LGBT people avoid queer because they perceive it as faddish slang, or alternatively as academic jargon. Many people who have had the word queer used against them are understandably uncomfortable with the word. Like many words with a charged history, the appropriateness of this word depends on the context and the intent of the speaker.

Queerness, today, is supposed to give room to move outside of the narrowness of traditional concepts of identity. It is specifically assumed to embrace the range of difference. However, white supremacist cisheterosexism is invasive, and is impossible to escape in the world we live in, even in a “queer world.” White privilege constructs whiteness as normative and central to lesbian, gay, bisexual, and queer (LGBTQ) identities and is reproduced through social norms, media representations, and daily interactions. White privilege shapes the representations of people of color in a particular way that promotes their exclusion from white LGBTQ spaces and broader society. By representing queerness as white, LGBTQ folks are rendered invisible in both queer and racialized communities. These representations inform spatialized practices and social interactions through constructing racialized communities as discriminatory and “backwards” while maintaining the invisibility of white privilege and racism in LGBTQ spaces. Notably, queer is an English word, so the limitations of this language in defining pre-colonial nonwhite culture and nonwhite cultures that move away from their colonized histories is apparent. Those who became the prominent leaders in the movement to reclaim queerness were predominantly white.

Many people of color, gender non-conforming people, or non-binary folks reject labels altogether. Each of these groups of people have a different self-understanding, a different origin for their situation, a different set of problems to cope with, and may encounter hostility because of different popular misunderstandings about them. In this perspective, it obscures intellectual clarity and demeans the dignity of each to lump them together under one all-embracing term and dismiss as unimportant exactly the differences they say are so crucial in their own lives and their self-understanding. However, even the rejection of the “label of diversity” could be understood as a queer action. In the 1995 article Must Identity Movements Self-Destruct? A Queer Dilemma, sociologist and cultural scholar Joshua Gamson concludes:

While recent social movement theory has paid attention to the creation and negotiation of collective identity, it has not paid sufficient attention to the simultaneous impulse to destabilize identities from within. That tendency,….calls attention to a general dilemma of identity politics: Fixed identity categories are both the basis for oppression and the basis for political power.

In the year of 2021, we have dived even deeper into the dilemma of identity construction and have not yet found equality or recognition for and of those oppressed through concepts of identity. The construct of a certain identity is something we strive for in our society, though we know the binding to fixed identities brings difficulties, instability, and inequality. However, I do believe that we are on a path of what can be found beyond identity, with which comes opportunity and possibility for a world of more equity – of more freedom. Author of Black Boy Out of Time, and the editor-in-chief of RaceBaitr Hari Ziyad, who identifies as ablack, non-binary child of Muslim and Hindu parents,writes:

My hope lies in the new generations, who are seemingly able to grasp and experience the world in a more fluid and interconnected way than my generation and the ones prior – a way that hopefully aims for more compassion, tolerance, acceptance, and pure love for each other. I dream of a world without the steady need to identify and compare, but with the potential to be and accept self and other as is. A world in which we are truly able to see other as self and self as other. How queer would that be?