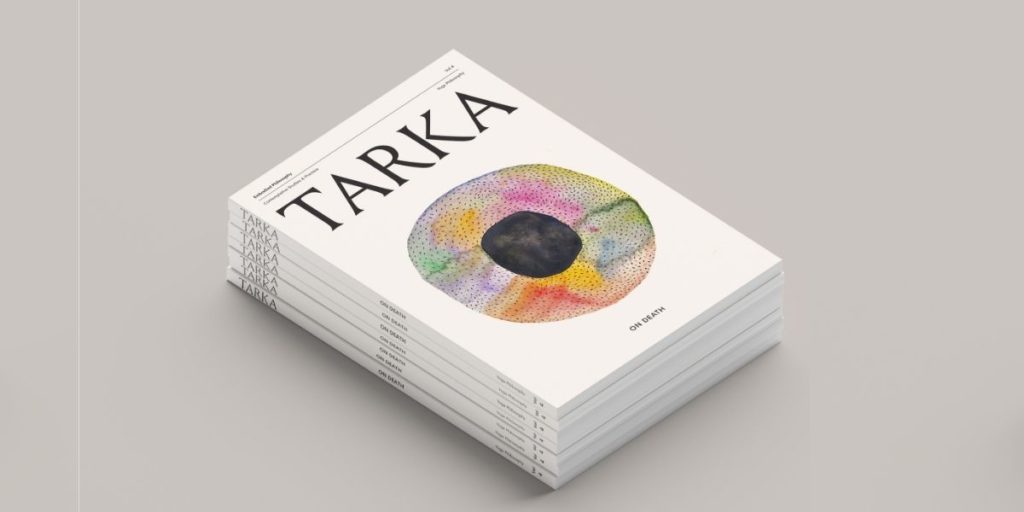 Often aligned with evil, death appears as the grim reaper, the nefarious gambler, in scary movies, and in ghost stories, yet death is an intimate part of life. For many, death marks the end of existence and is therefore often treated as a kind of ultimate foe or failure. Disease commonly invokes a “battle,” where triumph is the end of illness and a prolonged life, and death is “defeat.” That an individual might heroically endure cancer treatment, and potentially face a myriad of challenges and transformations that come with a terminal diagnosis, only to “succumb” to the disease, highlights the deprivation in our language and attitude towards death. The battle and defeat dialectic lacks nuance and seemingly turns all involved (which is everyone) away from the main event – the great and inevitable cycle of birth and death. We furthermore deny the possibility of death every time we casually venture out in a car, absentmindedly cross the street, or when we say goodbye to our friends with the full expectation that we will see them again. We are instinctively immersed in life and thus, quite understandably, the “battle” against death is fought out of  a love for this existence. Mircea Eliade, in his 1958 book, Yoga: Immortality and Freedom, discussed the yogic path as a quest to transcend death, find superhuman abilities, and overcome aging. Today, it is often the promise of increased health, balance, and the possibility of turning the internal clock back a few years that sells the products, courses, and vacations associated with the modern yoga industry.

Yet, it is often the near-death experience, the diagnosis of illness, or loss of a friend or loved one that inspires a deeper search for meaning and empowers the individual to embrace life more fully. Collectively, we might say, that with the global pandemic of COVID-19, we are in a renewed engagement with death. Facing the threat of a horrible virus, we have shut down one of the most sacred organizing elements of the twenty-first century – the global economy. In the space of a few months, we radically reformed education and most workplaces, and we introduced an entirely new concept of what it means to be a socially responsible citizen – as someone who largely stays home, wears a face mask, etc. All of this rapid change is possible because, as a globe, we are facing mortality in a new and more urgent way. Undoubtedly, environmental activists all over the world are wondering, what would be possible if we took the threat of climate change this seriously? And, of course, the same question applies across social movements and religious contexts. How would each of us live differently if we could better recall the sanctity of life moment to moment?

Common to literature that discusses death is the concept of “the good death.” What does it mean to die well? In The Lost Art of Dying, L.S. Dugdale advocates for the idea that the conversation about death should be as common and, perhaps as early, as sex education. This includes practical matters, like medical considerations and plans for end-of-life care. It also entails big questions about how one lives in the world and what they consider to be the meaning of life. How one lives and the relationships they form during life will influence their end of life. At the end of life, can we focus on God or rest in a state of peace and acceptance? Or, is that moment filled with fear, regret, or avoidance? Additionally, as we eventually might be called to hold space for those who are dying, how do we respond? Where can we draw strength from in those critical moments?

In From Here to Eternity: Traveling the World to Find the Good Death, Los Angeles mortician Caitlin Doughty explores different approaches to death, including cultural practices, diverse interment, and cremation from Japan to Indonesia to the modern  world’s first human composting project in North Carolina. Doughty’s account highlights the various implications that follow from culturally specific approaches to death. In particular, in the United States, the distance and malaise, notable in the highly regulated cremation services where the bereaved are entirely separate from the process of cremation, may impede the grieving process and further a general fear of death. Yet, close encounters with death and with handling the deceased, as still practiced along the ghats of Varanasi or as with the Zoroastrian dakhma, or “tower of silence” (a tall structure built to hold the deceased away from the ground, exposed to the elements and available for carrion birds) have become controversial for a variety of environmental, social, and political reasons. In a modern society, almost everything around us encourages us to turn away from death, to fear moments of deep vulnerability, and to act as if we are immortal. One might go so far to say that it is a revolutionary act to turn toward death, to wonder at the possibilities of physical failure, dementia, and dependence. Death as the invariable in life provides the ultimate challenge.

In this issue of Tarka, we explore the topic of death from the perspective of contemplative traditions. Hari-kirtana das starts off our short articles section with “What is Death?”, a reflection that is grounded in his own Hindu, Vaiṣṇava tradition. Katy Jane then offers a discussion of Vedic funeral rites and, for a longer article, Jane discusses the Kaṭha Upaniṣad’s conversation between the young Naciketas and Yama, the god of death. Yama is then discussed in more detail in Tias Little’s “Encounters with Yama’’ and with a focus on Yoga, we have Daniel Simpson’s “Beyond Living and Dying.”

Pranada Comtois also engages Hindu, Vaiṣṇava practice in her article, “Cheating Death,” where she discusses the idea of dying to the false sense of self. Next, Patricia Tillman’s article offers a rich, comparative analysis of the Hindu Jaya-Vijaya story with the Jewish, Kabbalistic concept of gilgul, or cycle/reincarnation. And, Jensen Martin details the realms of life after death, drawn largely from the teaching tradition of Paramahamsa Yogananda.

Learning to face death in order to more fully experience life is a core tenet of Tibetan Buddhism, and is philosophically and pragmatically expounded upon in one of the tradition’s most notable works, The Tibetan Book of the Dead. In this issue, this is discussed in the articles by Andrew Holecek, Steven Jenkins, and Nadia Pandolfo. Grounded in the idea that suffering can be overcome by accepting and recognizing the truth of impermanence – that everything is impermanent – the various meditations on death help practitioners to live with more gratitude and appreciation.

For both Buddhist and Shamanic traditions, death is also a transition between dimensions. Jesse Jagtiani explains the term psychopomp as the intermediary who works to heal the grievances of the dead and the living through an increased awareness of the dead and the transitional realms that exist beyond and within ordinary life. Then, bridging the Buddhist and Shamanic perspectives with contemporary chaplaincy work, Isa Gucciardi writes about acceptance in the process of dying and bereavement. This intersection between religious/spiritual practice and grieving is further addressed in Samantha Black’s short article, “What is Grief?”, and in her article on ritual therapy, as a means for working with grief, loss, and change.

Personal encounters with death, grief, and acceptance run through many of the articles in this issue, yet they are given a unique depth in the work of Christine Clawley and Jean Gardner, who share accounts of near-death experiences and, in two very different narratives, they each wrestle with the dramatic and subtle ways that close encounters with death inform life. Then, true to the name of the article, “At a Crossroads: Contemplative Wisdom of Black Geographies,” Naya Jones combines practice, history, and contemplative understanding in our MindBody Therapy feature. Finally, our practice section includes Zoë Slatoff’s Sanskrit analysis, a selection of poems and verses put together by Mary Reilly Nichols, and a four-fold exploration of the resting “corpse” yoga posture, Śavāsana.

The moments of our greatest vulnerability are often where we glimpse the most precious aspects of life. Instead of the dramatic “life flashing before one’s eyes,” critical moments of injury or loss are often infused with a hyper awareness of details. The soft touch of a hand on the shoulder, the look in another person’s eyes, subtle background noise (or the lack thereof), suddenly becoming enhanced, infused with a fresh importance. Awareness is driven into the present moment. And, while it might be impossible to manage a modern household with this sustained level of sensitivity, the various contemplative traditions each point toward the value of contemplating mortality. Thinking about, indeed meditating upon death, might be a constructive, rebellious act that resists the materialistic confines of the daily grind. And, though we will likely still fear and grieve the loss of a loved one, there is also a solace and fortitude that comes through acknowledging our shared impermanence.