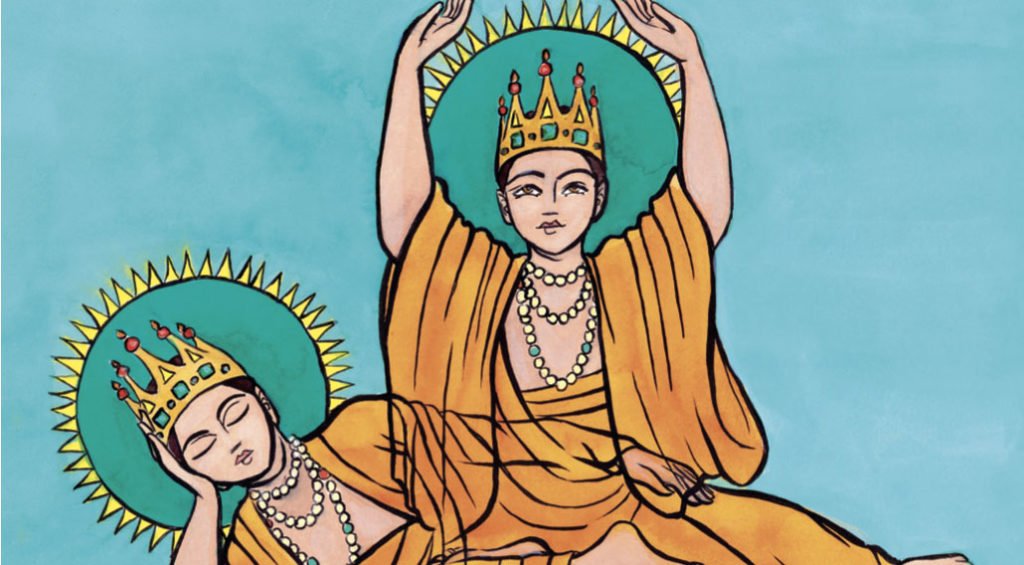 Excerpt adapted from the book Dream Yoga: Illuminating Your Life Through Lucid Dreaming and the Tibetan Yogas of Sleep © 2016 Andrew Holecek, used with permission from the author and the Publisher, Sounds True, Inc.

We begin our journey with lucid dreaming. “Lucid dreaming” is when you realize you’re dreaming, but without waking up from the dream. You’re fully conscious within the dream and can do almost anything you want within it. Lucid dreaming is the ultimate in home entertainment. Your mind becomes the theater, and you are the producer, director, writer, and main actor. You can script the perfect love story or the craziest adventure. Lucid dreaming can also be used to solve problems, rehearse situations, and work through psychological issues. From the trivial to the transcendent, lucid dreaming is a spectrum of experience mostly concerned with worldly matters and self-fulfillment.

Going deeper, lucid dreaming can develop into dream yoga and become a spiritual practice. This is not to say that lucid dreaming isn’t spiritual. It can be. But as a practice, and in contrast to dream yoga, lucid dreaming doesn’t have as many spiritually oriented methods. “Yoga” is that which yokes, or unites. Dream yoga unites you with deeper aspects of your being; it is more concerned with self-transcendence.

Other traditions work with sleep and dreams for spiritual purposes, including Sufi and Taoist dream practice, aspects of Transcendental Meditation, or Yoga Nidra. I will focus principally on Tibetan Buddhist dream yoga because this is a specialty of this branch of Buddhism.

From the etymology of “Buddha,” all the way to the nocturnal meditations, this tradition has explored the nighttime mind for over twenty-five centuries. In the biographical poem the Buddhacarita (“Life of the Buddha”), it is said that the Buddha attained his enlightenment through four “watches of the night.” In the first watch, the soon-to-be Buddha gained recollection of his past lives, and knowledge of the cycle of rebirth. In the second watch, he saw that all beings go through this cycle, and that karma drives the wheel of life. During the third watch, he saw the means of liberation from this cycle. And in the fourth watch, just at the break of dawn, he attained the great awakening and became the Buddha. Following his example, we will similarly “watch” the night in a new and illuminating light.

The exact origin of dream yoga is opaque in Buddhism. Some scholars trace dream yoga back to the Buddha. Namkhai Norbu, a master of the Nyingma school of Tibetan Buddhism, says it originated in the tantras (especially the Mahamaya Tantra), which are shrouded in mystery and authorship.1 Guru Rinpoche, the founder of the Nyingma tradition who brought Buddhism from India to Tibet, taught dream yoga as part of his cycle of teachings. In the Kagyu and Gelugpa tradition, dream yoga is taught mostly in the Six Yogas of Naropa, which is perhaps the oldest certain source. Naropa gathered the Six Yogas but was not their author. Lama Thubten Yeshe says “The Six Yogas of Naropa were not discovered by Naropa. They originated in the teachings of Lord Buddha, and were eventually transmitted to the great eleventh-century Indian yogi Tilopa, who in turn transmitted them to his disciple Naropa.”2 But the Indian master Lawapa (“master of the blanket,” also known as Kambala) is the author of dream yoga as presented in the Six Yogas. He passed the teachings on to Jalandhara, who passed them to Krishnacharya, who taught them to Naropa. Tilopa, who is the founder of the Kagyu tradition, attributes dream yoga specifically to Lawapa.

We tend to think of yoga as physical, stretching the body into various postures, but there are also mental yogas that work to stretch the mind. As a mental yoga, dream yoga may leave stretch marks on your mind. But stretching, at any level, is good for growth. Just as physical yoga makes your body more flexible, dream yoga makes your mind more flexible: that is, adaptable, pliable, malleable, supple, accommodating, compliant, amenable—and open. Who wouldn’t want a mind like this? Once a mind is open and pliable, you can wrap it around all sorts of new experiences.

With dream yoga, instead of using your mind as an entertainment center, you turn it into a laboratory. You experiment with dream meditations and study your mind using the medium of dreams. At this point you become a “spiritual oneironaut.” Oneirology is the study of dreams, and oneironauts (pronounced “oh-NIGH-ro-nots”) are those who navigate the dream world. Just like astronauts explore the outer space of the cosmos, oneironauts explore the inner space of the mind.

While dream yoga originated as a Buddhist practice, the Dalai Lama says, “It is possible [to practice dream yoga] without a great deal of preparation. Dream yoga could be practiced by non-Buddhists as well as Buddhists. If a Buddhist practices dream yoga, he or she brings a special motivation and purpose to it. In the Buddhist context the practice is aimed at the realization of emptiness [the nature of reality]. But the same practice could be done by non-Buddhists.”3 Emptiness is a core doctrine in Buddhism, and a central theme of our journey. It is also one of the most misunderstood concepts in all of Buddhism.

Taking this practice further, dream yoga can develop into “sleep yoga,” an advanced meditation in which awareness spreads not only into dreams but into deep dreamless sleep. Staying awake during dreamless sleep is an age-old practice in Tibetan Buddhism. With sleep yoga, your body goes into sleep mode but your mind stays awake. You drop consciously into the very core of your being, the most subtle formless awareness—into who you truly are.

If you want to go even further, there’s one final destination of the night. Dream yoga and sleep yoga can develop into “bardoyoga,” the famous Tibetan practices that use the darkness of the night to prepare for the darkness of death. Bardo is a Tibetan word that means “gap, interval, transitional state, or in between,” and in this case it refers to the gap between lives. If you believe in reincarnation and want to know what to do after you die, bardo yoga is for you. On one level all of dream yoga and sleep yoga is a preparation for death.

Lucid dreaming, dream yoga, sleep yoga, and bardo yoga are the evolution of the “dark practices.”  Illusory form yoga is their daytime counterpart. These practices are designed to bring light into some of the deepest and darkest aspects of your being. An entirely new world of “nightlife” awaits you in the dark, and with the right techniques you can have everything you need to safely explore this deep inner space.

While I’ve never seen anyone get into trouble with dream yoga, as with any discipline it may not be for everyone. People with dissociation or depersonalization tendencies should consult with a mental health professional before undertaking lucid dreaming or dream yoga. Those with psychotic predispositions, or anyone suffering from a loss of a stable sense of reality, could potentially worsen those dissociative states of mind. As with any meditation, it’s always good to check your motivation. If you’re looking to escape from reality, the nighttime meditations are probably not for you.4

Remember that if you live to be ninety years old, you’ve spent thirty of those years sleeping, and entered the dream world around half a million times. That’s a lot of time in a state of consciousness you know very little about. Don’t you want to change that? Think about how much you could learn in “night school” if you had even a few of those thirty extra years.