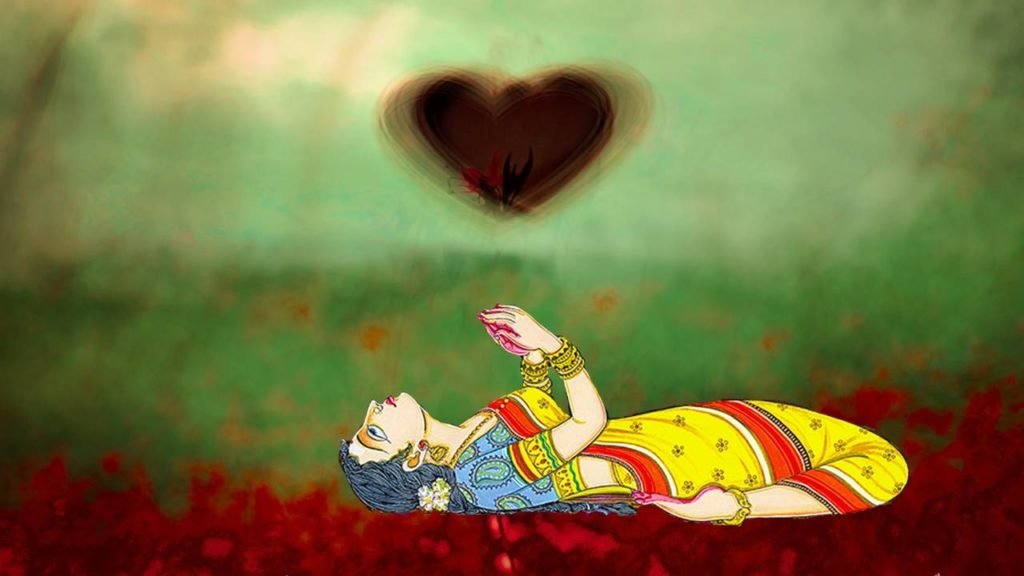 Usually, the word bhakti brings up images of a certain kind – devotees singing or dancing in ecstasy, having fits of tears, laughter or shrieks, or visiting sacred places. While all of these situations are indicative of bhakti, there is another kind that is rarely spoken about. This is the bhakti that is natural to tarka.*

The literal meaning of the word tarka is logic or reasoning. Quite simplistically, it is the ability to put together a series of related notions through logical deduction based on experience – our own or learned as generalizations. Depending on the type of reasoning we use and the kind of experiences we’ve had, the conclusion we arrive at may be accurate or faulty. For instance, we may know that a large percentage of forest fires are a result of human causes. This may lead us to arrive at the conclusion that every forest fire we hear about is the result of a human cause. The logic here is valid, since forest fires are indeed caused by human error in many cases, but it is not accurate, since they can also be caused by natural causes. When we arrive at a certainty in this manner, it causes us to become rigid and closed off to other possibilities.

When it comes to the spiritual journey, deductions based on reasoning are critical in piercing through our perceptions. However, these deductions are not based in “crude” logic that leads to erroneous assumptions. Tarka, in the spiritual journey, is elevated to sat-tarka, which is laced with sweetness and wonder for the process. Sat-tarka does away with jumping to erroneous conclusions and establishes us in the quest for clarity in inquiry.  The critical ingredient for tarka to become sat-tarka is bhakti.

To understand the word tarka or its importance, we must first retrace our steps to find the fundamental problem that we are trying to address through spiritual practice. What is the purpose of singing, dancing or swooning in ecstasy? Surely, it must serve a purpose that is far greater than a temporary fix.

The fundamental problem is that of a mistaken identity. We go about our lives like an actor in a movie – except that we remain “in character” in perpetuity. Here, the universe as it appears to us is the great movie. By default, we are so absorbed in the storyline that we forget our real identity. In reality, who we are is far greater than the character in the movie. We are the screen upon which the movie projects, the entire storyline, and the totality of the characters. A shift in identity from our default mode to this – our true nature – is the purpose of spiritual practice.

If the movie character is the self (note the small s), our true nature is the Self (note the capital S). The shift in identity from self to Self is a realization, rather than an acquisition. It is like waking up from a dream, remembering what had been forgotten or like looking in a mirror for the first time to recognize one’s own face. The process is therefore known as Self-realization or Self-recognition.

In keeping with the movie analogy, the shift in identity requires a skillful process of disentangling from the storyline to recognize the bigger picture. Think of it as walking backward; we step back from the allure of the world of objects that is the movie to the screen upon which it plays. However, to know the difference between the movie and the screen is not an easy task. Our minds are so densely conditioned that it is exceedingly difficult to differentiate between what the unchanging, eternal screen and the meaning and value we assign to the details of the movie. This is where tarka comes in.

Tarka is a combination of discernment based on rigorous logic and sound inference. Discernment is the ability to differentiate between choices, right and wrong, beneficial or not, and so on. In the context of Self-realization, it is also the subtle ability to differentiate between the contents of the movie and the screen – the mind and awareness, sense objects and their perception, mind constructs and reality.

While sound reasoning and inference are the two complementing elements of sat-tarka, the fuel for the process is bhakti. We have to have love for the Self and for the process of arriving at realization. This love has to be all-consuming, where we are ready to give up the limited patterns of thought, beliefs, and ways of being that keep us entrenched in the small self. While this seems doable, it is in reality a tremendous challenge. Our ways of being, thinking and feeling are so deep-rooted that often, we aren’t even aware of our own patterns. Even when causing pain and suffering, these patterns are comforting because of their familiarity.

In contrast, the Self is unknown territory. As we begin the process, we tend to have a mistaken notion that we can arrive at the Self while still hanging on to our limiting patterns (because at this point, we don’t see them as limiting). Our bhakti is shaky. We are ready to give, but not everything! We try to barter and bargain with the Self, to see if we can hold on to our ways. Importantly, without enough discernment, we don’t really have a tangible idea of what the Self is. It appears as a distant goal, or something other than us.

As our mind quietens and discernment grows, we get momentary glimpses of the Self. Inference comes into play with renewed vigor. Inference is a critical aspect of tarka and is more than deductive logic. It is a process of becoming increasingly more aligned with the Self through reasoning. We have moments of clarity where we know ourselves to be the screen. Now, bhakti takes on a different form and becomes food for tarka, which is much more than deductive logic. Known as sat-tarka, it is the harmonious alignment with the Self and is easier to implement when we have had at least a glimpse into the nature of the Self. Having had a glimpse, we are less likely to be subject to imagination or hearsay, and more likely to trust the teaching because it is true in our own direct experience. We don’t need to believe that we are not just the body-mind. We know this to be the case.

Now, bhakti sweetens the deal. We fall in love with the Self – our own true nature. We long for it and are ready to give up anything and everything that stands in the way. Our limited ways of being? Yes. Our beloved patterns of thinking? Yes. Our old beliefs, shoulds and should-nots? Yes! Bhakti lights up the process and kindles the fire for tarka, which burns even brighter when we pour our limitations into it. Our perception clears. The world, our senses, and our own bodies become multi-dimensional. Clarity begins to seep into our relationship with ourselves and others. Bhakti shakes up our hidden fears and pains, bringing them up to the surface where they can be offered up in the fire of tarka. Our psyche that was previously clouded with the remnants of acquired stories of who we thought we were begins to clear.

Tarka is like yagña, the fire ritual where we offer various substances – ghee or clarified butter, wood, food and herbs – with the intention of invoking a deity or cosmic force through the subtle essence of the offerings. The fire catalyzes the offerings from their gross to subtle forms, which align with our intention. In the internal yagña, bhakti is the intention of offering, while tarka is the fire that transmutes it to its subtlest essence. In this case, this essence is that of non-separation, where we come to see that the Self is the offering, the one that offers, the one that accepts the offering, and the one that transmutes it. The Self is all there is.

The Vivekacūḍāmaṇi is one of the most loved texts of Advaita Vedānta, and is attributed to Ādi Śaṅkarācārya, the great 8th century proponent of the tradition. Viveka is discernment and cūḍāmaṇi is crest jewel, and the text is an exquisite manual of tarka. Śaṅkaracārya declares emphatically that among things conducive to Self-realization, bhakti holds the supreme place – seeking after one’s real nature is known as bhakti (verse 31).

Without bhakti, tarka is crude logic that may lead to some freedom. With bhakti, it is transformed into the sweet and joyful process of realizing that the Self is home. And we have never really left it.

*I am an initiate and practitioner of Śrīvidyā and Non-dual Śaiva Tantra, and my interpretation of bhakti and tarka therefore reflects the philosophy and understanding of these paths. Other interpretations based on other philosophies are certainly possible!