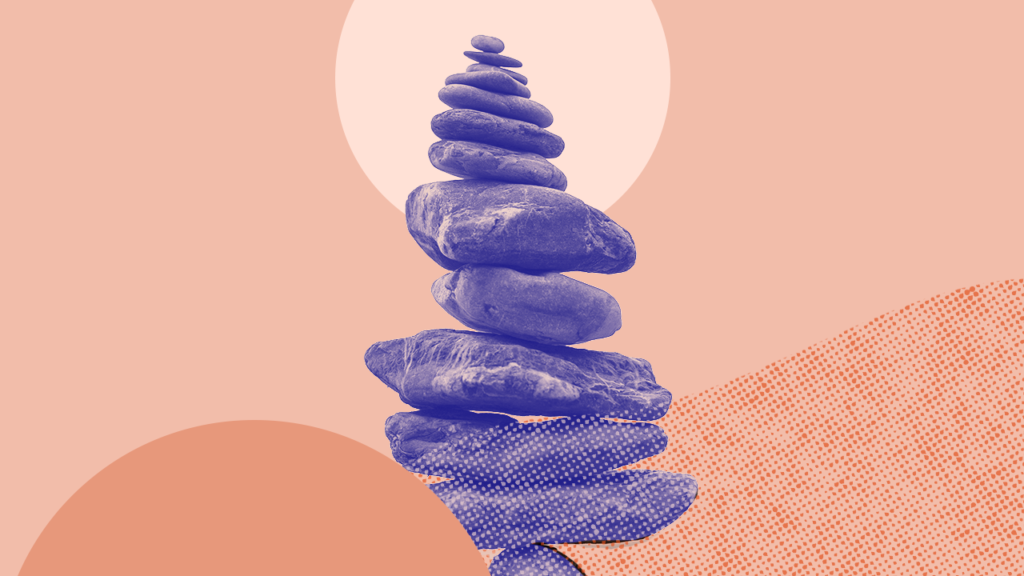 In yoga, pramāṇa means right knowledge, a correct understanding of reality that can be acquired in one of three ways: sense perception (pratyakṣa), logic (anumāna), and verbal testimony (āgamaḥ or śabdaḥ) as the sources for the acquisition of valid knowledge.

In his Yoga-sūtras, Patañjali categorizes pramāna as one of five possible movements of the mind that bind a person to material consciousness. This implies that pramāna can direct us to the boundary of intellectual comprehension but that we need something else to cross into the realm of liberation from material consciousness. A closer look at each source of knowledge within the category of right knowledge will reveal how pramāna directs us to what else is needed.

The first source of knowledge is sense perception. This is ironic because unless we question the ability of our mind and senses to deliver accurate information about reality, especially the reality of who and what we really are, then we won’t feel the need to practice yoga. When we question what our mind and senses tell us about reality we turn to yoga as a technology to purify our instruments of perception and gain a more accurate picture of reality.

The Yoga-sūtras begin with the proposition that by stilling the fluctuations of the mind one can perceive the true nature of the self. The mind is the reservoir of the senses; all of our sensory inputs flow into the mind and all of the mind’s outputs flow out through the senses. If the mind is still, then it stands to reason that the senses will also be still.

In the Bhagavad-gītā (6.20-23), Kṛṣṇa describes how pramāna is obtained by the yogi who achieves the state of samādhi:

The perfection of yoga is that state of meditative absorption in which one holds the mind still by the practice of yoga, by which one finds contentment in that state by seeing the Supreme Self within, by which one experiences boundless joy through the agency of pure spiritual intelligence that transcends the material senses, and from which, having seen the truth, one remains firmly situated and never departs. Upon gaining this one knows that there is nothing further to be attained. Being so situated, one is never perturbed, even in the most challenging of circumstances. You must know that this state of yoga constitutes complete freedom from all miseries arising from contact with material nature and that to attain it one must engage in the steady practice of yoga with deep conviction and complete confidence.

Sense perception, as an element of pramāna, is therefore not the acceptance of data delivered to consciousness by imperfect senses through the filter of the fluctuating mind; it is realization by direct perception acquired by the application of spiritual knowledge.

That brings us to the next component of pramāna: logic or inference.

Inference is the process of reasoning one’s way from a premise or evidence to a conclusion. ‘Where there’s smoke, there’s fire’ is a simple and familiar example of inference.

Since logic is a component of right knowledge and right knowledge is a movement of the mind that’s conducive to seeing the true nature of the self, it’s reasonable to conclude that yoga philosophy should make sense.

A humble person may assume that they’re not smart enough or pure enough to understand some esoteric feature of yoga philosophy, However, we shouldn’t discount the possibility that what we’ve heard either wasn’t explained properly or that it actually doesn’t make sense.

Even if sound and complete knowledge is accurately presented, its perception is still dependent on the intellectual capacity of the logician.

This brings us to the third source of valid knowledge: verbal testimony or hearing from an authoritative source of knowledge. Divine scripture is the preeminent source of verbal testimony in the yoga tradition. Hence, svādhyāya, usually translated as ‘self-study,’ is hearing about the true nature of the self by means of scriptural study.

The Bhagavad-gītā provides us with a great example of the integration of verbal testimony with sense perception and logic. Throughout the Bhagavad-gītā, Kṛṣṇa repeatedly tells Arjuna to ‘hear from me’ as he explains, by means of logic and reason, why Arjuna should fight. Arjuna confirms that great sages such as Nārada, Asita, Devala and Vyāsa declare that Kṛṣṇa is the Supreme Person and therefore the ultimate authority on the science of self-realization. Arjuna also confirms that his illusions have been dispelled by Kṛṣṇa’s words. Therefore, we can see that Arjuna’s acceptance of Kṛṣṇa’s instructions is based on sense perception (his illusions have been dispelled), logic (the reasoning behind Kṛṣṇa’s arguments) and verbal testimony (the sages testimony about Kṛṣṇa’s authoritative position).

Right knowledge may be acquired by sense perception, logic, and hearing from authoritative sources of knowledge. Of these three methods, the Vedic tradition considers reception of knowledge from higher authorities as the most reliable. We always accept some authority in the process of acquiring knowledge. The only question is whose authority we accept. Yoga proposes to offer perfect knowledge of the true nature of the self. Therefore, the highest source of knowledge is the testimony of those who have realized the true nature of the self and kindly given us the means to recreate their experience of self-realization in the sacred texts of yoga.