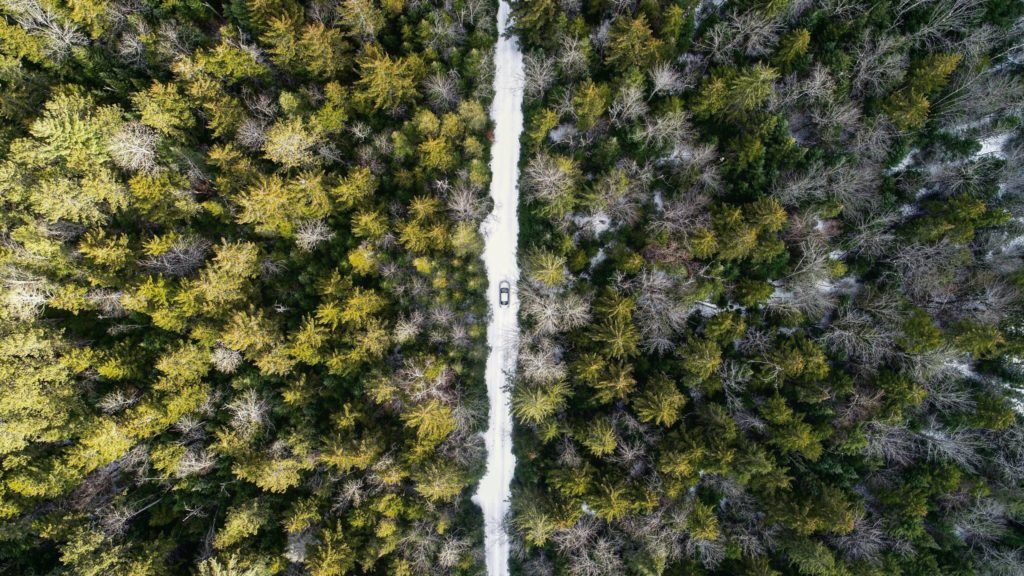 The human race is a single species at constant war with itself. Strange, isn’t it?

Individual human beings are at war with themselves for one simple reason: they are internally divided, and these divisions are not compatible. They do not cohere.

Let’s take a simple example: the ego of the average American. This sample person grew up being told to “dream big”, because s/he could be anything s/he wanted to be—that the only limitations were in her mind. This piece of cultural programming gives rise to an inflated sense of individual importance—a sense this average American has of being a star of some kind just waiting to be discovered. A sense of being special, where ‘special’ implies ‘more special than most’. (Studies show that most Americans consider themselves more intelligent than average!)

When this idea gets combined with the cultural program that America is the greatest nation on Earth, a land in which anything is possible, then the only possible conclusion for the average American who doesn’t realize his or her dreams is that “there must be something wrong with me.” And we end up with the schizoid American ego, which somehow simultaneously believes that it is extra-special and that it is just not good enough. Such a person sees themselves as head and shoulders above the crowd, and yet at the same time unworthy & inadequate, because s/he is unable to measure up to her own expectations for herself. Therefore s/he carries the heavy burden of the story “I’m not as I should be”—a story which, when believed even subconsciously, is incredibly effective at generating ongoing angst and suffering.

This is something American culture has somehow failed to realize so far: that our epidemic of low self-esteem exists as a direct consequence of our inflated sense of self-importance. Because, as it turns out, most people cannot do or achieve anything they want to, no matter how driven or talented or clever. And that’s actually not a problem, unless you have a deep-seated cultural program that says you should be able to achieve anything you want to.

This, then, is one of many possible examples of the divided self: two incompatible self-images creating internal conflict. A conflict that’s always there in the background until the incompatibility is resolved.

If you, dear reader, are not American, you can drop your smug feeling right now: you too are internally divided, though perhaps in a different way. Unless you are experiencing a life of near-constant ease and flow, openness and uncaused joy, softness and wholeness (for these qualities characterize the undivided state), then you’re no doubt as divided as anyone else.

The only solution, then, is to become undivided. But how?

That is the spiritual path. All other versions of the path are red herrings by comparison: such as the idea that consciousness must ‘evolve’, or you ought to attain ‘higher states’ or receive transmissions of esoteric wisdom from other-realm beings or enlightened gurus. All of that is a way of distracting yourself from the real work.

You want to distract yourself because the real work is messy, and hard, and profoundly uncomfortable. But it’s also joyful, revelatory, enlivening, and exquisitely beautiful. More beautiful than you can possibly imagine while you’re busy distracting yourself.

It very challenging work, of course; perhaps impossibly difficult unless we have access to our center, our core, our madhya. When that access is established, the work becomes truly possible, and it becomes more easeful, up to a point, in proportion to how much access we have to the Center (meaning, how deep can one drop in and how frequently can one abide there). [For more on how to abide in the Center, see chapters 15-18 of The Recognition Sutras.]

And this work, of course, is exactly what the whole species needs. Because of the correlation between microcosm and macrocosm, each one of us who wants to walk the spiritual path must learn to embody and enact what the whole human race needs. If individuals begin to reconcile with themselves and become undivided, so too will the mind-created divisions between groups of humans dissolve.

It’s becoming increasingly clear that this path of reconciliation and healing is the only path towards true and lasting harmony; and long-term, it’s probably the only path forward that ensures survival of the species.

I think this is the issue of our time most worthy of our attention and consideration, compared to which the threat of war or global economic collapse pale into insignificance. Because integrated whole humans can weather just about any storm without making things worse, whereas segregated, internally divided humans literally can’t help adding fuel to the fire of destruction.

“But what do we actually do?” It’s a big topic, but here’s some hints, from my experience and study. Every day, take some time to open to any part of yourself that has been exiled or scorned or pushed away. The conditioned mind will compulsively want to focus on the story around that part of you: how you were hurt by this or that person, why you fell down or sabotaged yourself in this or that way. Telling the story is a subtle way of holding that part of yourself at arm’s length and justifying its separateness. Let it go. It’s not the point. The only useful stories are the ones that help you accept and forgive and let the feelings in. The only useful stories are the ones that help you welcome the return of the exiled parts of you. And even if you’re wise enough to be able to tell useful stories, once they’ve done their job, they too need to be let go.

Behind the stories of why and how and who’s to blame are these exiled feelings, which you were unable to fully digest when they first arose, and which wait in the shadows until you are willing to bring them into the light of nonjudgemental awareness.

And, this method is markedly different and more effective than most forms of talk therapy (though of course it needn’t be either/or), because instead of focusing on the story around that part of you, instead of analyzing it or figuring it out and holding it at arm’s length, you get silently intimate with it. If you let it have a form and a ‘voice’, does it appear to you like a petulant child? Like a raging demon? Like someone wrongly imprisoned? Like someone lost, left out, forgotten? What ever it is, bring it all the way in, even let yourself temporarily become it, while simultaneously holding the wider space of nonjudgemental loving awareness. Let it pass through the heart of you and fully digest.

This metaphor of digestion is central to the teachings of The Recognition Sutras; indeed, it occurs in the exact center of the text. This metaphor is used because when the rejected parts of ourselves are welcomed home, they merge into the central core of our being, adding their previously locked-up energy to our ‘energy-body’. In other words, when we digest our feelings and experiences, whether new or old, their raw energy merges with the central core, amplifying and enhancing our sense of aliveness. When all significant unresolved experiences have been digested in this way, we experience ourselves as a “single mass of joyful awareness.” Tantrik master Kshemarāja describes the process in this way (literal translation from the original Sanskrit):

But when . . . any [unresolved] experience deposits internally as an impression (saṃskāra) charged with feelings such as anxiety and so on, then [that impression] exists in the state of concealment, becoming a ‘seed’ of saṃsāra that will arise again. However, when something that has been internally deposited in this way, or even something that is actually being experienced now, becomes one with the Fire of Consciousness through the process of ‘sudden digestion’ (haṭha-pāka), also known as the method of ‘total devouring’, then it is said to be graced, because it has been integrated into the state of complete fullness.

The digestion is sudden and powerful (haṭha) if you are totally open and willing to receive what was previously pushed away. What prevents us from being so open and willing? Nearly always, it is clinging to a self-image or story associated with that unresolved feeling. For example, if we’re talking about undigested pain, it’s often linked to a self-image of being wounded and a story about who’s to blame. Either will prevent full digestion of the charged saṃskāra.

So we must be very clear about what we need to let go of (self-images and stories) and what we need to bring close and get more intimate with (the raw energy of the undigested experience). In Tantrik philosophy, discerning between what is to be laid aside (heya) and what is to be brought close (upādeya) is the most important form of discernment. Ultimately, it’s the only form of discernment that really matters.

When Ādyashānti talks about enlightenment as a removal project, or when Jed McKenna talks about it as the destruction of falsehood, they’re talking about the heya aspect of the path. But just as important is the upādeya aspect: having the courage to bring close that which remains exiled within us, cherishing and holding and loving it, then allowing it to merge into the center.

Without this work, sooner or later, on the level of individual and on the level of community and on the level of nation, “things fall apart, the center cannot hold,” and “mere anarchy” is loosed upon . . . our lives, our communities, and our nations. America has not healed and integrated the unresolved pain of its past, and we’re seeing the result. But America is made up of persons. How can we expect a nation or community to heal if the persons who comprise it don’t prioritize their healing?

The greatest contribution you can make is to do this work. If you do, everything you put your hand to—whether art or business or community service—will be infused with the light of loving awareness, with the power of the integrated state, with soft strength of the truly open and available Heart.

The most powerful and effective kind of human is an integrated human. A whole human. They’re not ‘better’ or more important than anybody else, but we sure could use a few more in the world today.

“Don’t ask what the world needs, ask what makes you feel more alive; because what the world needs is more alive people.” ~ Where ‘alive’ can be read to include whole, open, and available. Apart from its benefit to the world, the integrated life is, I’m convinced, the most fulfilling kind of life a human being can have. 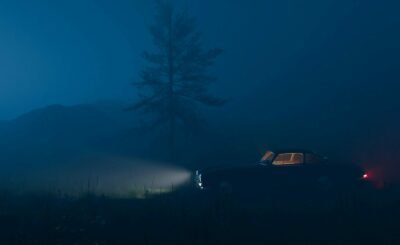 Is Occultism “the Metaphysic of Dunces?” An Occultist Confronts Modernity

Yet materialism, which has dominated our intellectual culture since the Victorian age, covers fewer and fewer bases of life in the twenty-first century. The natural sciences are increasingly defined by quantum data, interdimensional formulas, and fields like neuroplasticity, which uses brain scans to demonstrate the capacity of thought to alter neural matter. Our ordinary reference points of life are in greater flux today than at any time since Darwinism upended what it meant to be human in the Victorian era. 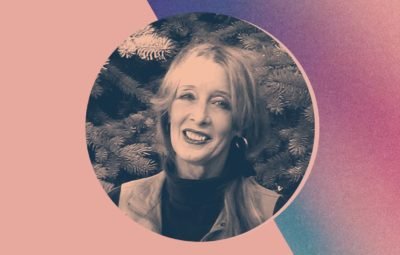