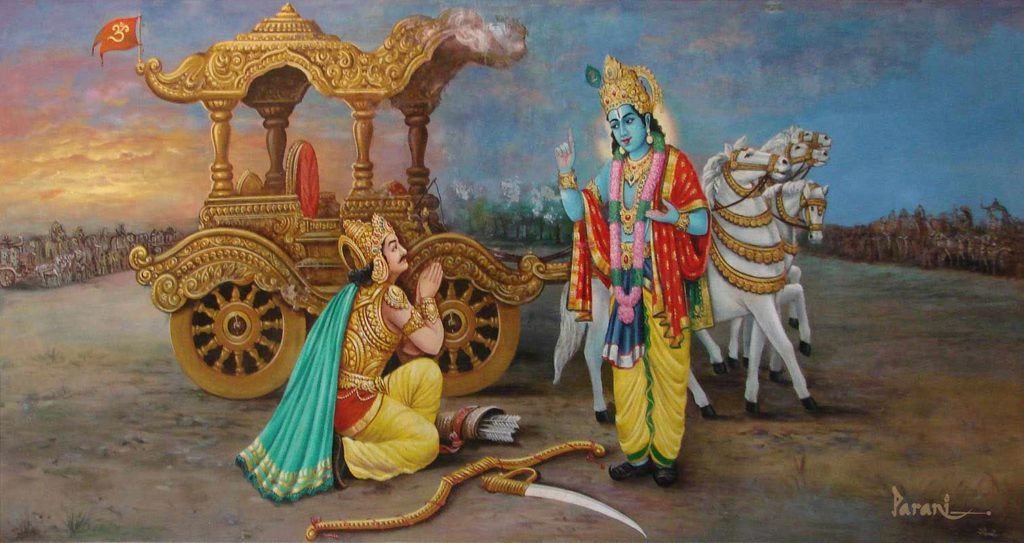 For the non-practitioner, the term Yoga may be mysterious, bringing a plethora of images and ideas to mind. Even for practitioners, there can be some confusion as to the ultimate goal and the path one takes as one dives into the deeper philosophical foundations of the Yoga practice.

The two historical texts employed by yoga practitioners to navigate the path are the Yoga Sutras and the Bhagavad Gita.  The former promises freedom, or “kaivalya,” from the shackles of embodied existence through the state of samadhi; the latter promises a kind of blissful transcendence of the body-mind conundrum through union with God.  These two texts offer a wealth of information to all who read them and pose an important question: what kind of yoga will you practice?

A recent presentation by Dr. Edwin Bryant posited that there are Five Samskaras of a Yogi: five ways to engage the practice based on our past karmas and mental impressions.  Each of these brings with it a particular desired outcome, which informs the appropriate practice.  For example, am I yoking or unyoking?  Am I finding God as an aspect of myself, or am I in relationship to God as separate from myself?  Is this my duty or my desire?  As a result, each type of yogi will endorse or focus on particular aspects of the primary philosophical texts du jour, the Yoga Sutras and the Bhagavad Gita.

The Five Samskaras are:

Both theistic in content, the Yoga Sutras and the Bhagavad Gita have been appropriated by various schools to express key points of practice, if not specific theologies.  In pursuit of a life free from religious dogma, the Sutras (may seem to) diffuse God into an almost “state-of-mind” like quality.  Isvara Pranidhana becomes, “surrender the ego,” as opposed to, “Surrender all to Me (Krishna)” of the Bhagavad Gita.  A Krishnite reading either text might infer that Krishna is the Supreme Godhead, whereas a Saivite might infer that Krishna is a manifestation of the Supreme Godhead, Shiva.  But regardless of the theism involved, their practice of Bhakti doesn’t change.  Transcending body-mind doesn’t change.  The Bhogi, however, might have an easier time with the Yoga Sutras, which softens the blow of devoting oneself to God by never naming the Ishta-Devata or prescribing any kind of devotional practice.

The Yoga Sutras outline an approach to Yoga as accessing the infinite within by eliminating thought (citta-vritti-nirodah), not engaging in the world or worshipping God.  This has been folded into many tantric traditions as an outline for Sadhana, if not the central text describing the state of Yoga.  The Bhagavad Gita, however, provides consistent and multi-layered wisdom for the practitioner seeking applicability to real-world scenarios, not just time on the meditation cushion.  In the Bhagavad Gita, Krishna expounds on Karma Yoga, the yoga of action in the world, as a process of fulfilling one’s duty (being a mother, farmer, intellectual, artist) with no attachment to any of the fruits.  In other words, contrary to the very popular Vedic rituals of the time, which Krishna vilifies in the Bhagavad Gita, our actions should not be performed with the hopes of gain or gifts or glory.  We are in the world, in which everything emanates from the Supreme, and our only concern is to fulfill our duty and through that engage in a devotional relationship with God.  This suggests that we must concern ourselves to some degree with worldly issues such as making a living and eating food and fostering relationships… and that there is nothing inherently un-yogic in engaging with these activities.

In practice, this sort of solitary/interaction dichotomy can be used as one’s tradition or lineage dictates.  It is reasonable to say that all practitioners of a spiritual bent should have some form of worship built into their day; dedicated time for ritual (meditation or prayer) as opposed to ordinary, mundane activities.  Whether that looks like an hour of silent japa practice (Sutras) or a lively kirtan at the local temple/studio/community center (Gita), the point is to focus the mind on your Ishta-Devata in a way that is meaningful to your chosen path.  That is a decision one makes based on practice and experience and discernment.  Dr. Bryant has been quoted as saying, “It’s ok to date the divine…” Until we find a deep resonance, we must continue seeking, but in order to know what’s really there we must engage and do the work of getting to know our partner.

Regardless of whether one is renouncing or engaging the world, some sort of relinquishment of self/ego is implied in both texts, even mandated.  According to the more renunciate-style practice of the Yoga Sutras, vairagya, or dispassion, is the sacrifice.  It comes in the form of detachment from the world, or Prakriti- the ever-changing quality of nature.  One must rid the mind of thought waves and have no attachments to anything that might get in the way of experiencing Purusha, that which is unchanging.

On the flipside of that, the Bhagavad Gita is a sort of “playbook” for how to get through the day while engaged in the world, but not without its own oblation. The Gita reinforces again and again that as yogis, we have the right to act (to work, to marry, to THINK, to participate) but we do not have the right to fruits of said actions (material gain, righteousness in relationships, to pass judgment on others, to usurp another from their rightful place).  In this dogma, the renunciation is attachment to material reality as indicative of our worth or progress.  We can play with the components, but ultimately they are all going to dissolve back into Krishna. So why not just engage in a playful relationship with Krishna himself?

If we were to attempt to cease all thought (citta-vritti-nirodah) all day we’d never hold down a job, but if there were never any time built in for citta-vritti-nirodah, we’d probably have a very hard time getting to the “I am not this body-mind, I am Atman” stage of practice, without which we are practicing Bhoga, not Yoga.  Ultimately, in order to get beyond the practice of Bhoga Yoga, it would appear that most of us really have to do a little cross-pollinating between techniques, whether we call it Jnana, Karma or Bhakti.

While there are plenty of vocal practitioners behind a more dogmatic approach to yoga, one which states that Yoga IS a state of awareness of Atman as opposed to postures or chakra tattoos, what if the approach to Yoga as surrender of sweat and bodily effort were just as true?  What if all the dogmas and paths and multifaceted approaches to the mountain of Yoga all led their practitioner to the Absolute of their own understanding (and as specified by their particular tradition)?  Which is to say that not every path leads to ONE place, but every ONE has their place.

Traditions don’t have to be contradictory or opposing; these different paths are all leading to where they claim to be leading, NOT where we want or THINK they should be leading!  If the Supreme is in fact Absolute, could we not find in it as many colors and faces and possibilities as nature herself presents?  I guess that what all readers of the Sutras or the Gita could agree on is that the ultimate knowledge is that of direct experience, and practice is the means to such an end.  If we are to know anything, we must engage, even if that engagement is to disengage.  Find your path, and let it take you where you’re going.