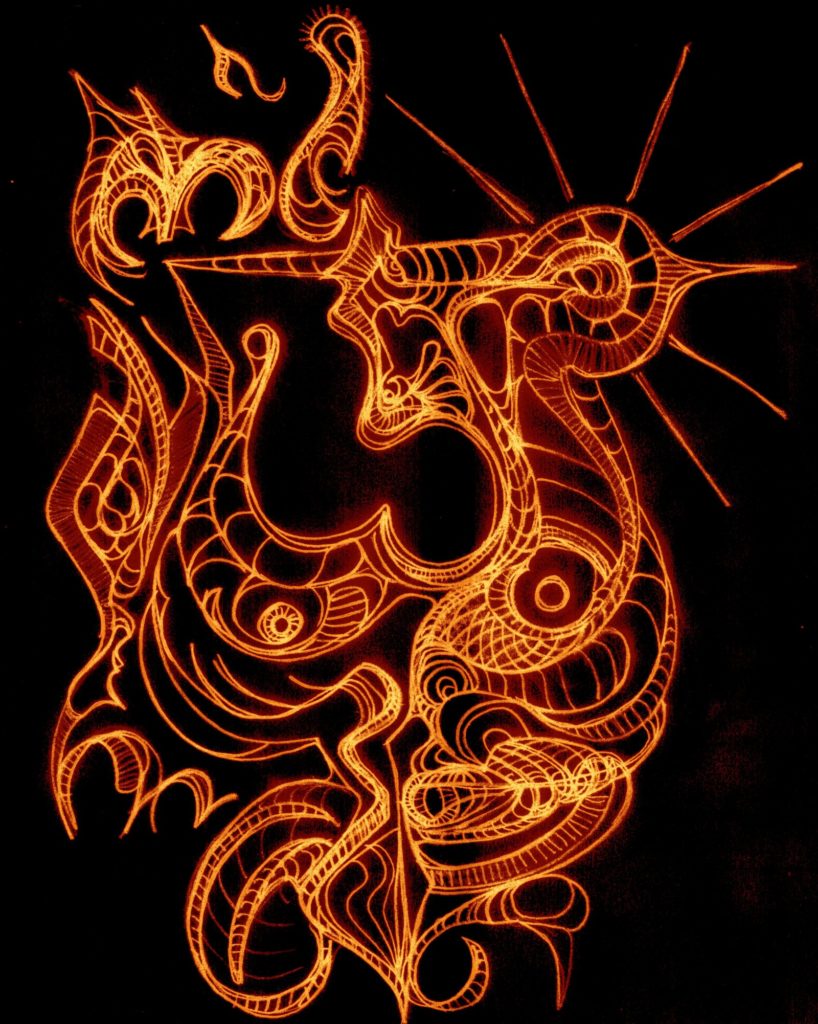 It is no secret that, when we hear or read stories about people who’ve left the world (and the things which tied them to it) behind, we often recall familiar images. Some of these may be of mild-voiced gurus sitting in the lotus position under a yellow Indian sunset. Others are of ancient men with misty eyes and beards, regarded as wise sages by travelers and townspeople alike and possessing no more than a rough-spun cloth around their waists. While aspects of the aforementioned images (stereotypes?) are both heavily romanticized and influenced by an orientalist perspective on Yoga philosophy that is still being deconstructed today, they still linger as snapshots in our Western minds, and they have shown us some semblance of truth about renunciation. This is what many of us understand that it means to give up comfort in exchange for enlightenment, or, to become a sādhu. And while the modern yoga movement, for the most part, does not teach that yogis should, ultimately, practice isolation from the world (kaivalyam)(1), it can be seen as driving a useful and beautiful reinterpretation of the concept. No longer must renunciation mean permanently existing outside of the world. To the modern yogi, renunciation may be temporary—an escape which, whether on or off the mat, may help us know wisdom once only accessible by holy men and scholars. This reinterpretation, however, has not come without problems. As Professor David Gordon White points out, in The “Yoga Sutra of Patanjali”: A Biography, that the Yoga Sutra, is considered by teachers and practitioners of modern yoga to be (at least in the West) central to the movement. However, the Yoga Sutra is far enough removed from its fifth-century (CE) milieu (2) to have picked up some baggage in translation. White uncovered several uncertainties about the Yoga Sutra throughout his study. These uncertainties include, but are not limited to: uncertainty as to the true significance of poses (asanas) in Yoga philosophy (3), the meaning of the word “yoga” itself (4), and of course, the significance of renunciation—the end, and final stage of Vedanta Hindu life (5). Instead of finding a more or less “unbroken line of gurus and disciples…to Patanjali himself,” (6) White found a complex history of integration into Vedanta Hindu philosophy, commentary, translation, and mishandling when the Yoga Sutraeventually made it to the West in the 19th century. It has only been during the last 40 years or so that the Yoga Sutra has come into such importance as a guide to practice, even though there is no real historical precedent for it (7). In the end, White concluded that the Yoga Sutra is “as relevant to yoga as it is taught and practiced today as understanding the workings of a combustion engine is to driving a car” (8). What does this mean for modern yogis, particularly those of us in the West? What does this mean for the idea of renunciation as an escape from the everyday (as opposed to from life entirely)? Is this ultimately a dismissive argument? In religious studies, many of us are nothing short of giddy about learning the origin of things. This quest for the true origin of texts and authors has created an interesting paradox. On the one hand: when people are finally able to piece together a historically and philologically accurate timeline of how a text came to be, specialists and non-specialists alike can access a clearer picture of how a text functioned in everyday life way back when. But on the other, knowing the origin of a text can also serve to reject modern interpretations and uses. Renunciation, in the Vedānta tradition, is a major phase of life which former householders should transition into in order to serve the community, release spiritual commitments which may affect karma, and strengthen one’s spiritual discipline in order to act as a model to the rest of society (9). Similarly, Buddhist traditions think of renunciation as the release of desire and conceptions of the self/soul in order to end the cycle of suffering (10). Funnily enough, all of these teachings read similarly to the separate conclusions scholars have reached re: what Yoga philosophy is “all about.” This is a completely natural parallel to draw because, as White notes, The Yoga Sutra was both heavily influenced by Buddhist thought, and has been integrated into Vedānta in a few different ways since it came to be (11). However, modern yoga hardly looks at all at renunciation in such ways exclusively. While it is certainly true that the yoga community advocates for many social and environmental justice issues, calls to leave all else behind for the sake of “the cause” are conspicuously absent from our favorite savasana meditations.

So where then, does this leave the question of what the Yoga Sutra teaches about renunciation? And further: does it matter?

One major problem created by the primacy of origin in research on philosophy is a tendency to view having knowledge of origin as a sort of license to “reclaim” belief. This is not only reflected in more obvious societal culprits like fundamentalist movements, but in the perhaps all-too-human tendency to seek to profit from things that seem exotic, wise, useful, or some combination of these. The harm caused by such ideas, when left unchecked, is without question one of the biggest sources of destruction and strife that we face every day. These things are what many of us hope we can heal the world from when we mentally recite “May you be healthy, may you be happy, may you be loved.” And, certainly, why many of us seek escape on the mat. The rise of terms like "Big Yoga" illuminates a certain cynicism toward the idea of reclamation, and toward today’s visibly fitness-obsessed (and ultimately appropriated) yoga culture (as can the word “subculture”). However, White is hardly alone in using such terms to critique the colonization and appropriation by the West which resulted in the yoga movement which we in the West know today. Some use the much less euphemistic “yoga-industrial complex” to refer to yoga wear companies (like Lululemon who has come under fire for overcharging and eliminating competition through patents) (12), and superficial, appropriated uses of terms like “mindfulness” (13). These feelings of discomfort and anger in turn cause yearning to know and to understand the origins of what renunciation really means, but at the same time, these feelings are grounded in very modern things. These modern things are derived from the ancient and made sacred through continued practice and interpretation. So, perhaps it is not really the origin of yoga that puts modern interpretation under the microscope after all. Perhaps it is simply the need to escape for a while. It is not necessarily White's fault (or intention!) that his conclusion sounds very much like a dismissal of the real, living need for modern practitioners to create an interpretation all their own. This is simply due to the reality that history is what it is, and that we all, whether scholars or not, are truly, magnificently, lost in translation. In retracing the steps of Patanjali’s Yoga Sutra (and that of his co-author, Probably-not Patanjali), White manages to take both hands and lift the Yoga Sutra into an exhilarating spin, bringing the importance of both clarity and dismissal into the potentially joyous conversation surrounding yoga today. Though origins are a central part of the conversation on why a text like the Yoga Sutra is so important, other influences on, and other uses of, the text should be as well. It is possible to discuss a case for a more modern sort of temporary renunciation without claiming that one is reclaiming some lost, immutable, and exotic philosophy. It is possible for renunciants today to exist both inside and outside of the world; and both at the same time and separately. The choice of choosing one or/and the other (and for how long) is, of course, tempered in the mold of one's own cultural context. But there in mindfulness of this context, there is awareness, and in awareness, authenticity. 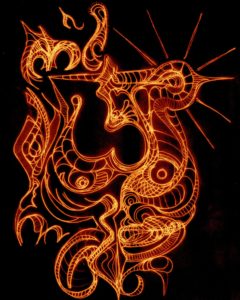