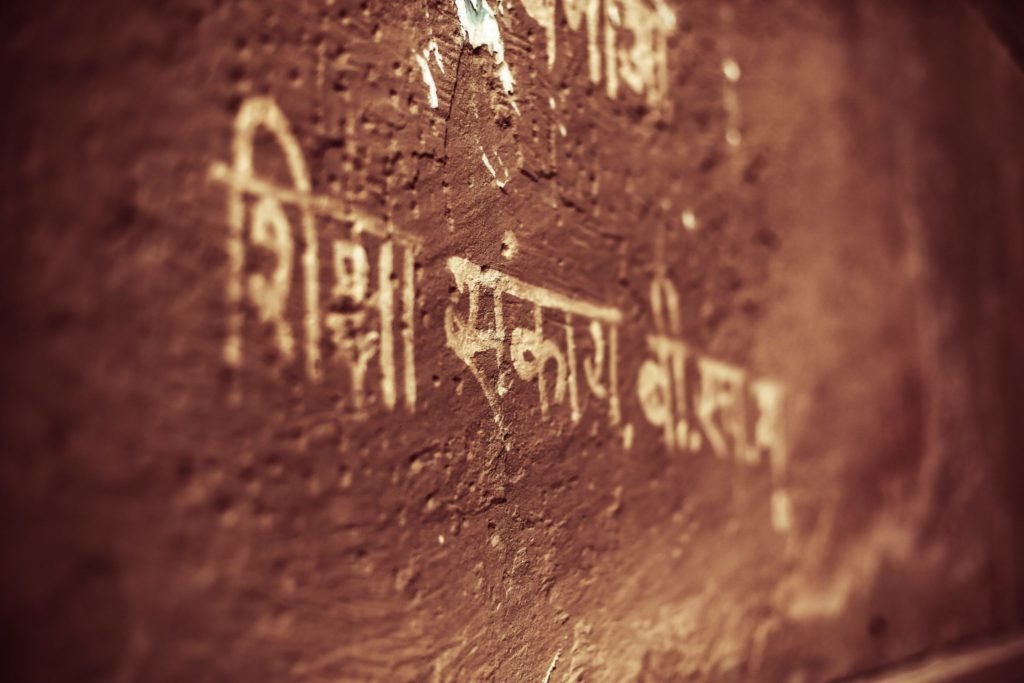 The first four sutras of the Yoga Sutras are known as the chatursloki. In fourteen Sanskrit words, Patanjali lays out the entire meaning of the spiritual practice that offers a way to experience the Soul, the true Self, pure consciousness—purusha.

Now, the spiritual practice and philosophy of Yoga following the doctrine of teachings.

Atha means now. Now. Right now. At this moment. The present moment. It isn’t just now – as in the teachings are starting right now – but it is now, as in the promise and the goal of Yoga. Anu means following and shasanam means instruction on the discipline of the teachings, teachings that have been practiced by Patanjali.

And so, right now, based on personal experiences in applying these practices to realize purusha, the sutras are offered as a means to bring the practitioner into the present moment when pure consciousness is experienced. Now. Atha.

Yoga is the control of the operations of the field of the mind.

This is the lakshanam, the precise technical definition, of Yoga. While the word yoga has many definitions, among them union, yoke, addition, to join, to unite, the union of the individual soul with the universal soul, zeal, business, charm, and wealth, in the context of the Yoga Sutras, Yoga means control or cessation (nirodhah) of the activities or fluctuations (vrittis) of the field of the mind (chitta.)

Then the Seer abides in it’s own form.”

This is what happens when there is control over the mind. It is not enough just to say what Yoga is. That is an intellectual understanding. In this sutra, the practitioner is told that Yoga is a direct experience.

Drashtu has as its root drsh (think drishti, darshana), which means to see. What is there to see? Svarupe, or it’s own (sva) form (rupa). The Seer, by which Patanjali means the yogi, sees itself as itself, purusha.

Avastahanam has as its root stha, which means to stand (think samasthiti). And so when there is control over the operations of the field of the mind, the Seer abides or stands in (avasthanam) it’s own form (sva, rupa).

This is the direct result of chitta vritti nirodhah.

At other times, the Seer identifies with the activities [of the field of the mind].

Itaratra means the other times. That is, all the time that the Seer is not standing in the true Self and instead is with the form (sarupyam) of the activities (vritti) of the field of the mind.

Fourteen Sanskrit words. We either stand in the true Self or we are in our thoughts. This is the thesis of the Yoga Sutras and the rest of the sutras gather and organize practices that teach the yogi that Self-realization is possible.