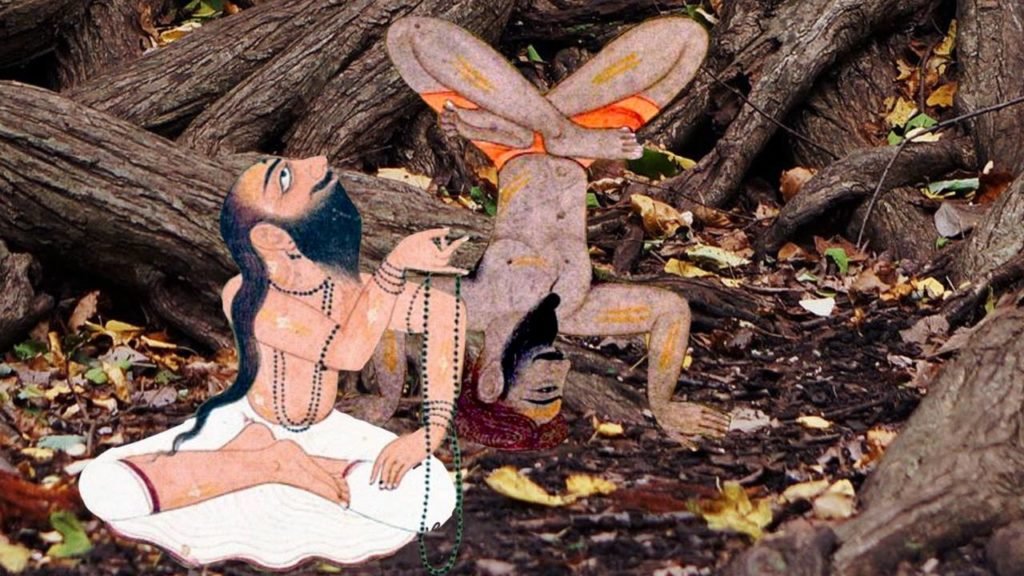 The title of this post may strike you as rather odd. It feels awkward, probably because colloquial language would phrase it, “how to do yoga” or “how to practice yoga.”

It’s true that yoga is, on the contemporary scene, something that people do– in the sense of going to a class and “doing” certain poses. And yes, yoga has long been associated with a set of techniques (most famously the eight-limbed practice) that would lead us to refer to “doing” those techniques. This is all true. But in a culture that values incessant activity, or doing something to achieve a specific result, has the active yoga not sidelined and supplanted the still yoga?

Contemporary yoga turns on a subtle point: the culturally normalized talk of “doing” yoga obscures and dilutes the sense of yoga as an embodied practice, a way of being, by generally favoring references to yoga as practices that you do, rather than as a state of being that you inhabit.

In a culture in which the imperative to do (to achieve, to be productive) is palpable to the point of driving daily life, we would do well to remember the other side of the practice: to be. Yoga, more than being a mere name for that practice, is a state of being – a state of residing in our true nature as expressions of an expansive interconnectedness. In that being-ness, there is nothing to do. There is only play (lila).

We have been socialized to be narrative, teleological beings. We tell ourselves stories about who we are and where we’re going, and in turn, the doings that we subscribe to are premised on them. As we mature, we cast off the childlike playfulness of simply being in favor of the result-driven motivations we create. If we don’t hold ourselves accountable, we might start telling ourselves a “yoga story.” The most common narratives told today chase that holy “yoga object,” the philosopher’s stone, the holy grail: enlightenment.

Because we know from yoga philosophy that a world of separate objects is little more than a turn of phrase, there can therefore be no object called enlightenment. Objects with labels and ideas attached to them are not a feature of Being but a function of language. So yoga is about a shift in foundation, and that shift can be as easy or as difficult as the stories we’ve constructed around it say that it is.

Transcending this world and samsara is the driving desire for these stories. And even when, in certain narratives, the world is not discussed as a place to be left behind completely, there is nevertheless often an abiding disgust in the shadows of humanity and an almost puritanical compulsion to root them out and leave no shadow unlit (as if darkness were not a part of light). If we just had the right lamp, so the thinking goes, then heaven on earth would be secured. We simply need that transcendent object called enlightenment.

If we were suddenly able to shift our temporality to a plane where time passed at a much higher rate, we would see things evolve, dissolve, degrade, and transform so quickly, that we too would more easily understand the fluid-like interconnectedness of everything. In physics, this truth is already known; at the atomic and subatomic levels, things look quite a bit different than they do from the vantage point of human perception.

So, in yoga, we “still the changing states of mind,” as Edwin Bryant translated Yoga Sutra 1.2, so that we are no longer entrenched in the story of separateness and can start to feel and sense that deep expansive interconnectedness, that state of being called yoga. We keep still, not to find an object, but to see the transparency and fluidity of all apparent “objects” and how they divide and distort.

When we reside in yoga, it is the very ground from which we perceive the world. It is the condition through which we understand reality. It thus shapes our reality and is not an object in reality.

When the state of being that is yoga is present, I am present. My choices and behaviors reflect a healthy integration with the world around me. The “stilling of the changing states of mind” is better understood not as a transcendent object beyond objects, wherein I sit down, close my eyes, and find myself automatically in that objective stillness; it is quality of presence.

It is not that being in a state of yoga means I’m blissed out in my fancy, isolated, meditative seat. Stilling the mind is a process of rooting out the obstacles to connection. It dissolves the vikalpas – the stories, narratives, and thought structures through which we distortedly view reality.

Tantra scholar Hareesh Wallis refers to a vikalpa as an “edifice of petrified thoughts.” When we look through the lens of these edifices, we are not present for what is arising but rather present for the perpetual film reel of our karmic baggage. Becoming yoga is a process of shedding these obstructions to true vision so that we might be more available, more connected, more seamless with our surroundings.

I admit that this may depart somewhat from how something like integration, or samadhi, is traditionally considered by the community and even the ancient texts. Often it is implied that the highest form of spiritual realization only arrives in deep states of meditation, where one is abstracted from and transcendent to the world around them. This is an unfortunate symptom of missing the forest for the trees and indicative of an attachment to a certain brand of spiritual “object” – the ecstatic realization.

Without a doubt, such moments of realization are important. But meditation and moments of ecstasy are tools, not the state of being that is yoga. We cannot sustainably remain in the kind of ecstatic transcendence that arrives occasionally in deep meditation. At some point, we have to get up, pay the bills, walk the dog, eat, and use the toilet.

So “how to yoga?” Am I qualified to answer this question? Perhaps, perhaps not. Arriving at and coming from that place of still presence is something we all must play with every day.

At the very least, I know that there is some wisdom in this aphorism I once heard from a wise soul: the first thing to do is not to do.