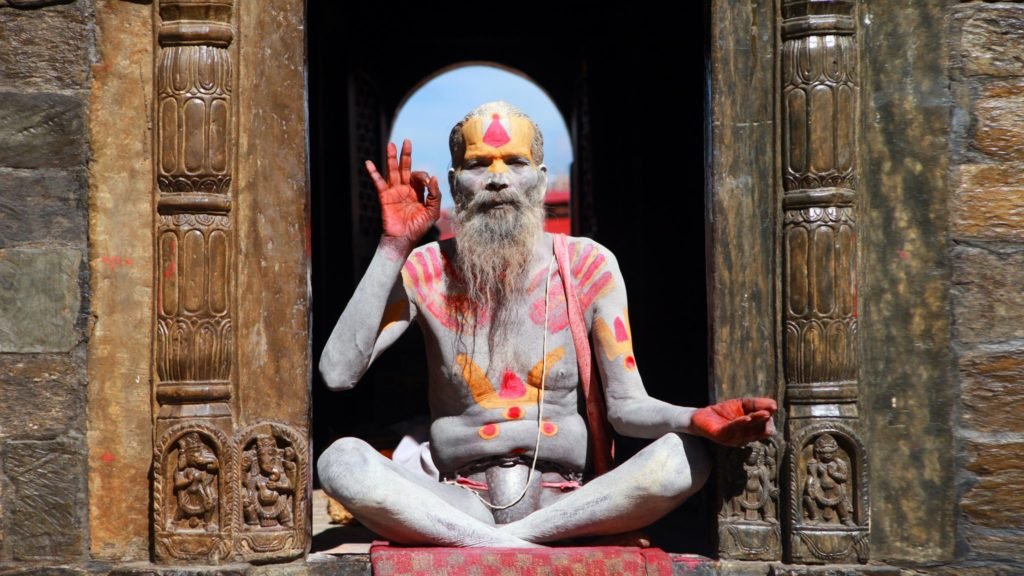 Ancient sages studied and practiced Patanjali’s eight limbed path to gain mastery of the body, mind and spirit in an effort to reach moksha and kaivalya: liberation and emancipation. By tapping into the universal bloodstream of higher consciousness, these sages discovered an ecstasy of being one with the Self, Atman, Brahman, God, Divine Authority or Pervasive Inspiration – call it what you will. But we cannot all be sages; many of us are just taking our first step on the path and could benefit from guidance on where to begin.

According to the Yoga Sutras of Patanjali, our individual, contracted self (ahamkara) gets stuck in and identified with the material world (prakrti), entangled in the trappings of klesha – sufferings that stem from ignorance, delusion (which in and of themselves impart dualistic thinking). This thinking keeps the contracted self from realizing the truth that we are in fact purusa, or pure awareness, conscious presence. Kriya Yoga, as explained at the opening of the Yoga Sutras’ Sadhana Pada (second chapter) provides that pathway for moving past these obstructions through a regularly prescribed set of yogic practices: Tapas, Svadhyaya, and Isvara Pranidhana (YSP 2.1).  The steps outlined here (namely discipline, self-study, and surrender to the divine) guide the practitioner to develop his or her practice through actions, or kriya.

Those familiar with the Yamas & Niyamas will note that the steps of Kriya yoga are the same as three of the five niyamas of the eight-limbed (astanga) system. Scholars believe this is because the eight-limbed practice was for those that have already found their seat and are prepared for the deeper layers of consciousness that arrive in the higher of the eight limbs. For those less sattvic, less skilled at residing in calmer states of mind, the practice of Kriya yoga was offered as an alternative and a first step. Kriya yoga also happens to be an ideal practice for contemporary practitioners, who grapple with the speed and consumerism of modern industrial societies.

Before we break down the three aforementioned prescribed practices, the overarching definition of Kriya yoga should be examined. All our actions generate karma; the goal of Kriya yoga is to funnel our “actions” into a set of behaviors rendering the karma clear and free, thus no longer needing to carry it forward in this lifetime or lifetimes to come.

Let’s take each practice in turn:

Etymologically, tapas has often meant “heat” and refers to the stoking of fire to induce transformation. In the Vedic period, tapas was an outer fire that was considered the principle igniting the cycles of the cosmos. Fire rituals common to Vedic ritual (themselves a form of tapas) were seen as necessary to the smooth functioning of the universal order. These rituals were literally necessary for survival.

Historically, as the tradition became more internal with the later Vedas, particularly during the time of the Upanishads, this tapas became considered not a literal external fire, but rather an internal fire driving the spiritual progress of the practitioner.

Today, we can consider tapas in two different, yet related ways:

Firstly, tapas is the drive to purify our actions. However, we should note that “purify”, here, should not be translated in a Judeo-Christian way (as in “purify myself of sin”), but rather “purify” in the context of yogic practice is more like cleaning the house. In order to host the guests of transformation and abundance, we have to remove the clutter of the mind. This is the spirit of “purify” embedded in tapas.

Tapas is the place where the intention for transformation begins. We all have to do the work, and we all have to start somewhere. Tapas is that starting point where you make the decision to cultivate the inner fire or “heat” through self-discipline and zealous desire – yet discipline and desire don’t always seem intuitively related at first.

If you are already daily in your practice, your storehouse is likely well-stocked with coal to stoke the fire. In this place, things are feeling good; you have seen the benefits of practice, and you have the burning desire to keep at it. For others, it’s not as easy when the house is cold and the hearth is empty.

Tapas is what ignites the first match. This match might be lit following one’s first seated practice focusing on mindful inhales and exhales. It could be lit with a New Year’s resolution, committing to 30 days of yoga.

However, the second understanding of tapas is where the real work begins: when you don’t feel like practicing, and when other concerns demand your attention. This is where tapas as discipline arrives: when, in spite of the lack of desire, you apply discipline and do your practice anyway. If you don’t desire to reach for a higher standard, or have the discipline to fake it til you make it, there will be no road on which to travel. Patience and grace need to be applied to the new sadhaka like a child just learning to stand and walk.

Svadhyaya, like tapas, has gone through gradations of meaning, etymologically, but is most often translated as self-study. During Patanjali’s age, this practice was associated with the recitation of mantra, especially om, but also refers to the recitation of sutra teachings. While self-study is often associated today with the study of ancient texts, we should note that this would not have been the case when Patanjali first referenced this practice, because there were no texts to study! As with all ancient sutras, these were originally based in oral tradition, and it wasn’t until quite a bit later that the sutras were first written down.

In the world of the modern practitioner, we consider svadhyaya in two ways:

Svadhyaya requires knowledge of both the contracted and the expansive self, and the knowledge of how the external world influences our inner world. We can cultivate this discipline through writing, reflection, meditation and, more fundamentally, by observing the quality and consistency of our breathing. However, we need some structure and context from which to vet what actions we take that are for our benefit or our detriment. Self study should thus also be cultivated through reading the right texts and scriptures (Yoga Sutras, the Upanishads, the Bible – with the right interpretive lens-, the Bhagavad Gita, the Tree of Life, etc.)  so the practitioner can learn what knowing the true Self actually means.

Isvarapranidhana translates as “surrender to Isvara”, Isvara being the “Lord” or “supreme controller”. There is much debate as to the meaning of Isvasa in the Yoga Sutras. Edwin Bryant, translator of the Yoga Sutras, argues that Isvara was the God of a theistic tradition that cannot be disentangled from classical Yoga. Other scholars have not wanted to admit theism into the Yoga Sutras and thus translate Isvara in a more benign way as an “archetypal yogi”.

For our purposes, this debate is neither here nor there. Contemporary practice hinges on the ability to envision the divine in a way that is personally relatable, therefore a theistic interpretation will not work for many. However, what this practice does require is an understanding that there is something greater than the contracted, individual self, and that that greatness (call it God or whatever works for you) must be related to in a devotional way.

So kriya yoga, in this third practice, is about turning all actions, thoughts and intentions towards God, an act of the submission or surrender of the ego. Isvara is that refraction of conceptualization of the aspect of God that we can comprehend. With increasing practice, the chasm forcing the divide weakens, finally showing us that we are a piece of that divinity we devote ourselves to.

Finally, it is interesting that the Gita teaches us three paths (karma, jnana and bhakti) of yoga that are roughly analogous to the practices of kriya yoga. Tapas is analogous to committing to the work of practice through action – in the Gita, karma yoga. Svadhyaya is the cultivation of wisdom that we see in the journey of self-study, or jnana. Lastly, bhakti or devotional practice represents our divinely inspired surrender.

These three kriya yoga practices are three pieces to the miraculous puzzle of self-awareness that the great teachers so graciously have passed down to us, without exclusion, for the benefit of all, so that our actions collectively can give us to higher truth and self-realization.