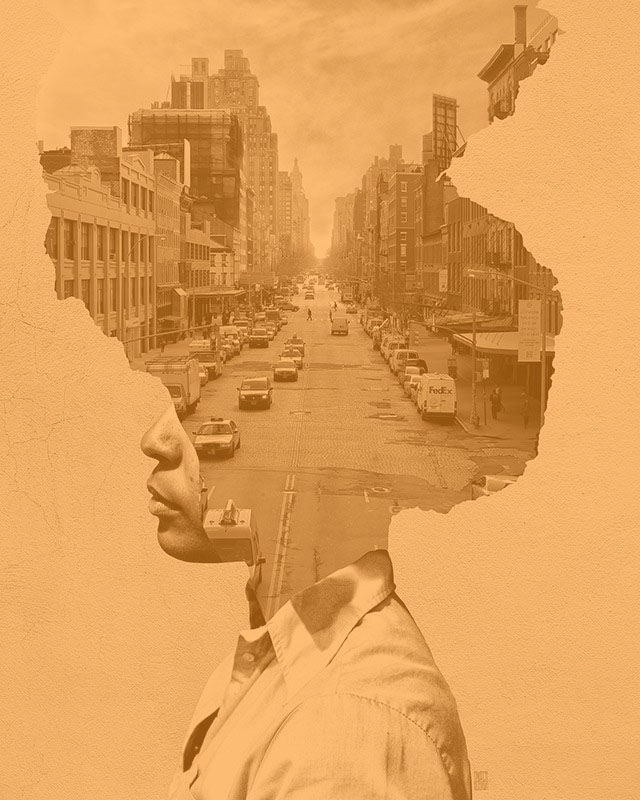 This article first appeared at tantrikstudies.org.

Explaining the premodern Indian conception of mind to Westerners poses an interesting problem.  Western popular culture tends to posit two primary centers of our being other than the body: the mind (locus of thoughts) and the heart (locus of feelings). This is in complete opposition to the Indian model, whereby ‘mind’ and ‘heart’ both translate the same Sanskrit word (chitta), for as every good psychologist knows, thoughts and feelings are inextricably linked–indeed, they exist on a continuum. Thus the center of our individuated consciousness is a ‘heart-mind’ (chitta), in which vibrate fluctuations (vrttis) that can be more rational and linguistic (what we generally call thoughts) or less linguistic, less rational, and more charged with affect (what we generally call emotions). This heart-mind has three primary aspects, in the Indian model: a faculty of attention and sensory processing (manas), an identity-maker or self-image former (commonly called “ego,” ahamkāra), and a capacity for imagining things, for forming judgments and making decisions (buddhi). These are explained at greater length in my book, Tantra Illuminated.

The second mistake Westerners make vis-a-vis the Indian system is that they consider intuitive insight as part of mind when it is better understood as an aspect of “spirit” since, in the yogic view, intuitive insight expresses the innate intelligence of embodied consciousness (pratibhā).  Pratibhā, also known as Parā Vāk (the ‘Supreme Word’ — see Tantra Illuminated p. 173 and The Shakti Coloring Book p. X), gives rise to spontaneous insights that might express as thoughts but actually are completely different in source and effect from the ordinary thoughts produced by the conditioned mind. They are precognitive impulses, expressions of innate embodied intelligence which appropriate available language in the mind as they rise into conscious awareness. Only someone with a buddhi (faculty of discernment) purified by yoga can accurately tell the difference between these pure insights of pratibhā and the conditioned thoughts of the ordinary mind. So from the Indian/yogic point of view, Western culture tends to have things rather confused.

A friend asked me about the supposed Vedāntic classification of the “four parts” of the mind, taking chitta to be the fourth part, the subconscious mind. In fact, this classification is only found in 20th-century sources exhibiting Western influence. Here is what I wrote to him:

“The short answer is that the so-called four parts of the mind that you refer to is actually a modern classification. As far as I have seen, nowhere in the premodern materials do we see this classification of mind into manas, buddhi, ahankāra, and chitta. In fact, chitta is simply a general term for mind that encompasses the other three terms. Thus chitta is synonymous with antahkarana, the ‘inner instrument’. In modern usage, in an attempt to make Freudian psychology correspond with the ancient classification, chitta was mistakenly named as a fourth part of the mind i.e. ‘the subconscious’.  However, I do not mean to imply that the ancient Shaivas and yogins did not have an understanding of what we mean by ‘the subconscious’. In fact, we are told in the primary sources that the samskāras (subtle impressions of past experiences) inhere in the buddhi. This doesn’t make sense to people who have repeatedly seen buddhi translated as ‘intellect’ since the intellect is obviously different from the subconscious repository of the samskāras.  But in fact, it makes perfect sense once we understand that fundamentally the buddhi is the capacity to discern and to formulate judgments. This capacity is distorted or obscured by samskāras. The purified buddhi, by contrast, is able to discern what is beneficial in a given moment without erroneous projections based on past experiences. So you see, it wouldn’t make any sense to have the samskāras inhere in some fourth part of the mind called the chitta, for then how would they interfere with the judgments of the buddhi? Again, the chitta is just a very general term for all three parts of the mind.”

Modern awakened masters intuitively realize that thoughts and emotions are inflections of each other, and that we are straying dangerously far from self-knowledge if we separate them. I am thinking of Ādyashānti’s teaching on this point in his wonderful book The End of Your World.

May all beings experience clear and open, spacious and energized minds!