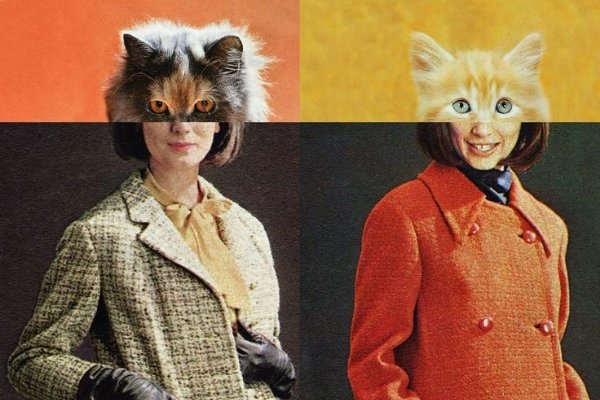 This article was re-published from apocryphile.org.

One of the most enjoyable elements of the Upanishads, and indeed of most religious texts of note, is its initial, seeming illogical. This is no accident. “True words seem paradoxical,” says Lao Tzu, and this seems to form a plum-line which indicates the Truth of a sacred text. It is “foolishness to confound the wise,” as expressed by St. Paul. It provides for a kind of “divine teasing” by which, Zen style, we are surprised by the sudden sublimity the text reveals to us. In the Upanishads, the use of paradox to “unlock” truth is clearly evident throughout. Both charming and challenging, it seems that the degree of incongruity in any given instance of paradox is indicative of the degree of sublimity intended by the author. In what follows, we will explore several paradoxical themes clearly evident in the Upanishads, and hopefully recognize some–indeed much– truth therein, although the text itself warns us that “it is not understood by those who [say they] understand It. It is understood by those who [say they] understand It not.”1

One persistent dialog throughout the Upanishads concerns duality. Though we are informed that Brahma is All2 and the One God,3 the very next sentence describes Brahma as “the Yon,” or, less archaically, the Other. The Taittiriya Upanishad provides us with a creation account that parallels Christian Panentheism: “Having created it, into it, indeed, [Brahma] entered. Having entered it, he became both the actual and the yon, both the defined and the undefined, both the based and the non-based, both the conscious and the unconscious, both the real and the false.”4 This is not just a litany of conflicting truths, but, according to the author of the Brihad-Aranyada Upanishad, absolutely essential for differentiation on any level. To achieve relationship, there must be an Other to which any given subject may relate: “For where there is a duality,” says the Brihad-Aranyada Upanishad, “there one sees another; there one smells another; there one tastes another’s; there one speaks to another; there one touches another; there one understands another. But where everything has become just one’s own self, then whereby and whom would one see?”5 In his introduction, Robert Ernest Hume in his introduction writes “It is by the distinction between the Noumenal and the phenomenal that the apparent conflict between the One and the many is solved.”6 The Brihad-Aranyada Upanishad clearly states that “there are, assuredly, two forms of Brahma: the formed and the formless, the mortal and the immortal, the stationary and the moving, the actual and the yon.”7 Brahma is therefore he that is beyond our reality and he that pervades it. The most important point here is that Brahma as Manifest is our only connection to the Brahma “beyond.” The Brihad-Aranyada Upanishad says that it is “as, when a drum is being beaten, one would not be able to grasp the external sounds, but by grasping the drum or the beater of the drum the sound is grasped.”8 Brahma as manifest forms is our only handle on Brahma the formless. This is, of course, insufficient, but it is the best we can manage in our finitude. As the Kena Upanishad says, “It is conceived of by him by whom It is not conceived of,”9 leaving us to conclude by logic or by manifest experience, our knowledge of Brahma can only come by analogy or non-logical intuitive apprehension.

This relationship is reflexive, too. Not only is Brahma, as our Soul in unity with all, but in identity with that Soul, I also am at unity with all. This leap of paradox is enough to send one from such a dualistic society as ours reeling. This relationship is explicitly stated by Svetaketu’s father in the Chandogya Upanishad when he says “that which is the finest essence–this whole world has that as its soul. That is Reality. That is Atman. That art thou….”11 The very comprehension of this startling truth is enough to make it operative in one’s life: “He who knows this become the Self of all beings. As is that divinity, so is he.”12

This brings us to the realization of the Universe as having a micro- macro-cosmic relation with itself on all levels. “As above, so below,” as we say in the West is a truth not lost on the East. Size is as much an illusion as the rest of manifest reality to the Hindu, making the micro- macro-cosmic relationship more than mere clever design or analogy, but as the same, sublime reality. The Cosmic Man, Parusha, resides in one’s heart “smaller than a grain of rice…this Soul of mine within the heart is greater than the earth, greater than the atmosphere, greater than the sky, greater than these worlds.”13 The author is not employing hyperbole, but stating simple truth, fabulous as it seems to Western ears. “As far, verily, as this world-space extends, so far extends the space within the heart. Within it, indeed, are contained both heaven and earth, both fire and wind, both sun and moon, lightening and the stars, both what one possesses here and what one does not possess; everything here is contained within it.”14 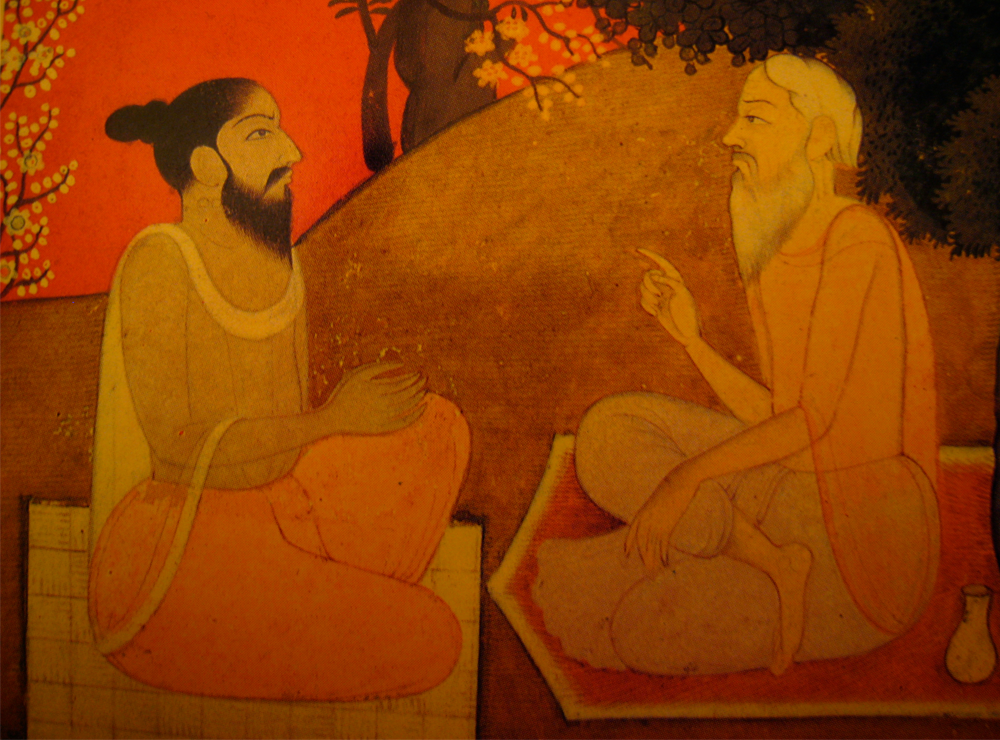 Paradox is stated more simply in the Upanishads as well, as statements-and-contradictions reminiscent of the Tao Te Ching: “Unmoving, the One is swifter than the mind…Past others running, This goes standing… It moves. It moves not. It is far, and It is near. It is within all this, and It is outside of all of this.”15 These are simple statements of fact which are not easily disputed. They are certainly paradoxical, but they are also immediately apprehensible in their sublime simplicity. There is an intuitive “a-ha” experience on the part of the reader, as the texts square with one’s own lived experience, and finds parallels to the truths found in the other great spiritual literature of many traditions. It is the pithy nature of such passages that grip the heart and the imagination and make all the finely woven tapestries of argument and speculation that have gone before seem like insubstantial shadows.

The Upanishads does not hesitate to contradict itself in differing accounts of mythological events, either. There are a number of creation accounts, all of them true, mythopoetically, yet on the surface, conflictual. The Taittiriya Upanishad states “In the beginning, verily, this [world] was non-existent. Therefrom, verily, Being was produced.”16 This did not seem to please later writers, who stated “In the beginning…this world was just Being, one only, without a second. To be sure, some people say: ‘In the beginning this world was just Non-being, one only, without a second; from that Non-being, Being was produced.’ But …whence could this be?…How from Non-being could Being be produced? On the contrary, my dear, in the beginning this world was just Being, one only, without a second.”17 This is confounding to the Western reader, reared with an either/or mindset unused to the dialectic process of other cultures. Within a Christian cultural context, most are loathe to admit that there are conflictual creation accounts in Genesis, but the Bible does not state its contradiction with such colossal clarity. We in the West like to pretend that our paradigms of reality are internally consistent, to which the Hindu might argue, such a view is, in fact, most unrealistic. The universe is a pattern of contradiction, a web of paradox which no intellect top-heavy rationalization will unravel. We question too much, and perhaps like Gargi, we should take our warning lest our heads fall off.18

Another prevalent paradox is of the “And a little child shall lead them” variety.19 In many instances, the “wise” are philosophically bested by their supposed inferiors. When Gargya presumes to teach the King, his “authority” is usurped by the Monarch’s superior knowledge of the infinite.20 A similar occurrence appears in the Chandogya Upanishad where the noble Janasruti finds the fabled low-caste sage Raikva, “the man with the cart” and is taught by him. These paradoxes reveal the pervasive nature of wisdom. It is not the sole possession of the conventionally learned, but is at service of all that have eyes to see it. It also tells us something about Brahma’s immanence, for even the limbs of the untouchables glow with the splendor of divinity.

A more exhaustive treatment would catalog nearly infinite instances of paradox in such a theologically sophisticated scripture as the Upanishads, and it is precisely these instances which speak to us so compellingly of its truth and give it the power to transform consciousness as it has for centuries. The contradiction is the crux of our own experience, the crucis by which such paradox is affirmed and is made meaningful to us. Besides all of that, “the gods are fond of the cryptic…and dislike the evident.”21