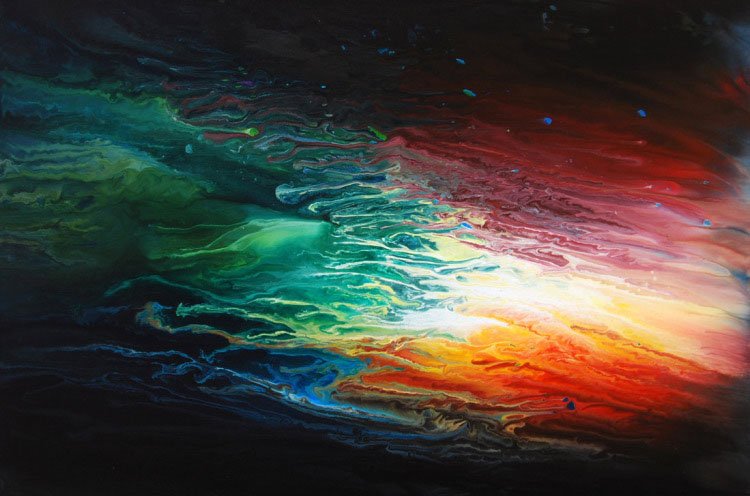 In Anatomy Trains, Thomas Myers sets the scene for a radical re-appraisal of how we look at anatomy, bringing to light an aspect of our physiology that has remained submerged in our anatomical unconscious: the existence of fascia.

Fascia, long ignored as just excess flesh to be cut away in search of the “stuff that matters”, like muscles, bones, ligaments, and veins, is now being acknowledged as considerably important to a holistic understanding of functional anatomy. Fascial buildup that corresponds to areas of trauma can have a domino effect on the rest of the body, affecting the possibility of integrated functioning in anatomical regions far from the area of original trauma. This, because fascia is what connects everything and holds it together; it is our connective tissue. Analogously, I’d like to argue that Brahma, Vishnu, Shiva and the other deity archetypes are the connective tissue of cosmic anatomy. In the same way that fascia is only now being acknowledged as playing a significant role in the holistic understanding of human physiology, the personified principles of archetypes are crucial to the holistic understanding of consciousness and cosmos.

In Cosmos and Psyche, Richard Tarnas makes essentially this same argument, pointing out that the reduction of our cosmic understanding at a certain historical juncture (the dawn of Enlightenment science) to the tenets of Newtonian mechanics – which posits the universe as an impersonal, clock-like machine – is largely responsible for our blindness to the “personality” of the universe. In such a Newtonian understanding, there is no room for visions of the cosmos as “psychological” – with moods, emotions, and all the other unpredictable qualities that constitute human beings.

Tarnas argues that to assume meaning, purposive-ness and other “qualities of consciousness” are merely functions of the isolated accident of humanity (with no correlation to the surrounding universal environment) is perhaps the most anthropocentric projection of all.

Perhaps the complete voiding of the cosmos, the absolute privileging of the human, is the ultimate act of anthropocentric projection, the most subtle yet prodigious form of human self-aggrandizement. Perhaps the modern mind has been projecting soullessness and mindlessness on a cosmic scale, systematically filtering and eliciting all data according to its self-elevating assumptions at the very moment we believed we were “cleansing” our minds of “distortions.” (Tarnas, 36)

To reiterate, then, we don’t, as some moderns claim, anthropocentric-ally project our singular human personality structures naively onto a non-personal universe when we look at the cosmos archetypally. Rather, we turn the tables and claim that there is nothing more anthropocentric than assuming the qualities of human consciousness are radically unique in the universe.

The ancient sages and yogis (not to mention the mystics of other traditions) understood that consciousness was not a feature solely of the human mind. Since humans grew out of the cosmos like apples from a tree, we do not assume that our apple-like characteristics are somehow separate from the tree that grew us. An apple tree is the only tree that bears apple fruit. A conscious cosmos is the only kind of cosmos that bears conscious beings.

Believing this myth of separateness (that says the universe is not like us) is what denies the wisdom of the archetypes.

Even though Newtonian mechanics has been debunked by many findings of modern physics (a science that, it should be said, tends to align with Eastern commitments to the connection between observer and observed), the cultural mythology of a completely impersonal universe continues to inform the prevailing worldview. Most people just never question that the discourses of modern science are not in all ways sufficient to the task of making sense of what’s out there. Recovering the knowledge of the archetypes will be a process of cultural psychoanalysis, unveiling and discussing qualities that have remained largely unconscious, relegated for long to the shadows.

The wisdom of the archetypes is one that slaps not just against the scientific worldview, but also against a pillar of the prevailing spiritual worldview: that the spiritual quest is one that is purely “within”. The archetypes tell a story of the seamlessness between inner and outer, in such a way that denies a clear line separating where I end and you, the trees, and the stars begin.

Seeing our experience mirrored in the earth and the stars through archetypal patterns confirms that we don’t neglect our internal experience when we become more intimate with the world around us. On the contrary, becoming more intimate with the cosmos teaches us more about ourselves. The outer compliments the inner when the outer is seen as not metaphysically distinct from the inner.

However, intimacy is an experience between beings, and currently the cosmos is treated as a thing to be controlled, conquered, and manipulated. The mainstream scientific understanding helps to support this view of the universe as a soulless ocean of indifference. Until we can relate to the cosmos in its Being-ness, in its archetypal and symbolic manifestations, we will not be capable of experiencing that intimacy.

At the end of the day, of course we don’t desire to supplant scientific understandings of the universe (for certainly they have their uses), but rather to supplement these understandings with ones that allow for a potential relationship between family members rather than between discrete, alien objects. Like the supplemental understanding of fascia, the archetypal layer of the cosmos serves as the connective tissue between higher and lower, inner and outer, earth and cosmos. 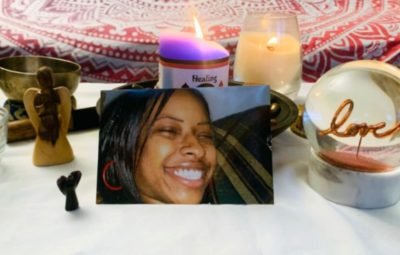