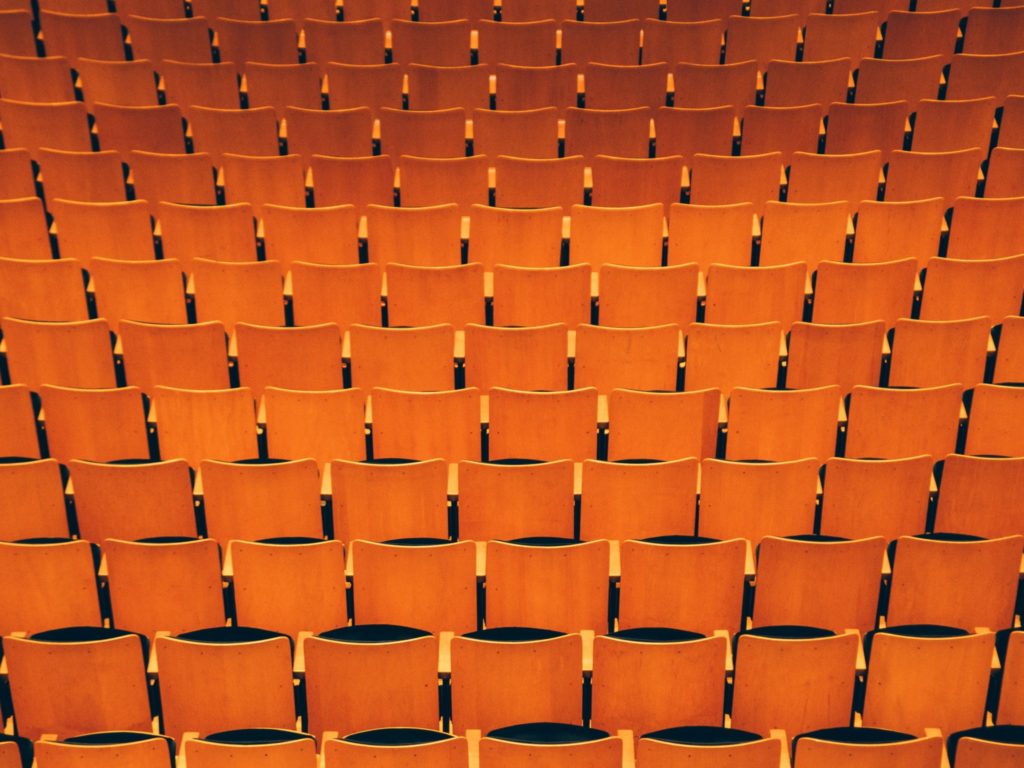 The teachings on emptiness (sunyata or shunyata) find their most articulate development in the Kadampa branch of Mahayana Buddhism (Madhyamika Prasangika philosophy). To the Kadampas, nothing exists ‘inherently’ or ‘from its own side’. All functioning phenomena exist in dependence on three factors:

The sentient mind is NOT a physical construct or epiphenomenon of matter. The mind is clear and formless and has the power to know phenomena in a qualitative way (Gyatso, 1992), and hence give meaning to them.

To Kadampa Buddhists, all things are totally empty of any defining essence. Consequently, all things have no fixed identity (no inherent existence) and are are in a state of impermanence (change and flux), constantly becoming and decaying. Not only are all things constantly changing, but if we analyze any phenomenon in enough detail we come to the conclusion that it is ultimately unfindable, and exists purely by definitions and in relation to other things – and one of those other things is always the mind which generates said definitions.

Buddhists regard the persistent delusion of ‘inherent existence’ as a major obstacle to spiritual development, and the root of many other damaging delusions. One of these delusions is the materialist belief in an objective reality existing independently of mind. By asserting that the universe exists inherently as a brute fact, materialism denies that subjective experience has any relevance to or influence on the universe, or indeed any existence at all.

The delusion of inherent existence is deeply ingrained our our culture. It was embedded into Western philosophy by the Greek philosopher Plato, who was born about sixty years after Buddha’s death. Plato’s view of reality is that for any class of objects there is a defining ideal form which is fixed, permanent and unchanging. All physical instances of objects tend to be imperfect. For example, the wilting, mildewed roses in my garden are imperfect instances of an ideal rose which exists in a perfect realm of eternal forms. It is only by reference to this authoritative ‘specification’ that my mind is able to identify and name the transient physical phenomena, which ‘participate’ in the ideal form’s attributes.

Buddha died in 483 BC. Plato was born in 428 BC. Yet it is most unlikely that Plato was aware of his predecessor’s teachings. In those days, there was little contact between Greek and Indian philosophy. This had to await the eastward advance of Alexander the Great around 328 BC. The first recorded contact between Greek civilization and Buddhism is the conversation between the Greek King Milinda of Bactria, and Nagasena, a Buddhist chariot dismantler (Conze, 1959).

King Milinda was a Greek and an experienced soldier who thought he knew a chariot when he saw one. But Nagasena demonstrated that if Milinda’s chariot were gradually dismantled – knock a spoke out of a wheel here, a plank off there, then a bit of the frame, and so on – there was no way for Milinda to decide at exactly what step in the procedure he should stop imputing ‘vehicle’ and start imputing ‘heap of firewood’.

Nagasena said this was because the chariot had no power to define itself from its own side. Nor was there any ideal chariot form ‘in the sky’ which engaged and disengaged with the timber at definite stages of assembly and disassembly.

Milinda’s mind was the only thing that could make the distinction between vehicle and firewood. And there were no logical rules, step wise procedures or decision trees for Milinda to decide when to cease imputing one thing and impute another.

As with chariots, so with cars. Everyone knows what a car is. A car is an assembly of parts. But what makes those parts into a car is surprisingly difficult to pin down. At what stage on the production line do the components finally become a car?

Does it temporarily cease to be a car when it’s in for repairs and the transmission is several yards away from the rest of the vehicle? Is my car still a car when I wake up one morning to find it supported on bricks with the wheels missing? Or, could I say that the essential feature of a car is that it performs the functions of a car? So does it cease to be a car when it won’t start? And does it return to the state of being a car when I cure the problem by spraying the electrics with moisture repellent? Does the true ‘essence’ of a car therefore reside in an aerosol can?

Maybe we can rescue Plato’s ideas of the inherent existence of perfect forms if we assume there is a strict demarcation between man-made and natural objects, with the former existing in dependence upon the ‘judgement’ of the observer, but the latter existing ‘from their own side’. For having come to accept that man-made things such as chariots and cars owe some of their existence to dependence on our mind, we may suspect that this is somehow because they are originally products of the human mind, as first conceived by the designer.

We find it more difficult to accept the natural things in the world, such as flowers and trees are dependent upon our minds. A rose would smell as sweet by any other name. A rose bush is a rose bush is a rose bush, and is different in its inherent nature from a plum or a cherry tree. There is no continuum between these three species and thus no necessity for our mind to make a judgment of the borderline. But is this really the case?

What Darwin did for creationism he also did for biological Platonism – the biological species concept does not encapsulate any underlying truth (Brookes, 1999), and each individual species is unfindable. The ‘species’ being a snapshot of a population at a particular time in its evolution.

The ultimate unfindability of the real nature of all phenomena – their lack of inherent existence, is usually referred to by English-speaking Buddhists as ’emptiness’, which is a translation of the Sanskrit word Sunyata (sometimes spelled Shunyata). According to David Loy, the English word “emptiness” has a more nihilistic connotation than the original Sanskrit. The Sanskrit root su also conveys the concept of being swollen with possibility (Loy, 1996). It is therefore very important not to confuse emptiness with total nothingness. Emptiness implies the potential for existence and change. The mathematical analogy of emptiness is not zero, but the empty set.

The conclusion that all things are empty of inherent existence and appear only in dependence on our minds is not an obvious truth. So deeply ingrained is the idea of inherent existence and authority in Western culture that even when we have analyzed all things as dependent on causes, and dependent on parts, we still hold back from the most subtle truth of dependence on mind. We think there ought to be ‘something out there’, or someone ‘authoritative’ who prevents the real world from being so much dependent upon our judgement.

On first encountering teachings on emptiness, the Western mind often suspects it is the victim of logical trickery or mere playing with words. Fortunately, it is possible to demonstrate the true and all-pervasive nature of emptiness by examining the mode of existence of fundamental particles, the building blocks of all things in the material universe.

THE PARTICIPATION OF THE OBSERVER

According to the Kadampa school of Buddhist philosophy, all functioning phenomena exist by dependence on other phenomena, which are themselves dependently related to other phenomena, and so on. No matter how deeply or far back we search, no functioning phenomenon can ever be found which is fundamental or a ‘thing-in-itself’. Neither the observer nor any observed phenomenon exist independently, but are inextricably intertwined. This viewpoint is known as dependent relationship (or dependent origination).

Geshe Kelsang Gyatso states that there are three levels of dependent relationship:

All functioning things exist in these three ways. The very subtle dependent relationship – existence by the mind’s designation – is the most difficult one to understand, especially since for most ordinary phenomena this view of existence is masked by the two grosser levels of existence. This subtle mode of existence is always present, but only becomes apparent in those circumstances where the grosser levels do not dominate.

The existence of a thing in dependence of its causes (except in the special case where we were involved in making it ) appears totally objective and does not require our participation. The causes of a car are the geological processes which produced coal, iron and copper ores. Then the miners, metalworkers, designers, component manufacturers and assembly line workers who transformed the raw material into the finished product. Unless we happen to work in one of these industries, the causal mode of existence does not depend on our participation.

Existence in dependence on structure is more subjective. We may view a car as composed of a chassis, an engine and four wheels. Or we may take a more detailed view with the engine being seen as pistons, cylinder-head, carburettor, etc. These too can be analyzed into sub-components, all the way down through atoms of iron and carbon, to the fundamental particles such as protons, electrons and the photons, which shine from the headlamps.

Our perception of dependence upon structure is very much determined by how we choose to subdivide the whole. The mind has to participate by applying analytical effort to generate the view of existence in dependence upon parts and assemblies. A spark-plug is only a spark plug because we know what it does and where it fits. If you were to show a spark plug to Isaac Newton, he would not be able to give it a meaningful name.

It’s when we get to the final stage of perception of dependence in terms of the fundamental building blocks of matter that the very subtle (most participatory) level of dependent relationship (designated by mind) becomes most evident.  Experiments in quantum physics seem to demonstrate the need for the participation of an observer to make potentialities become real.  The observer is part of the system.

The mathematical equations of quantum physics do not describe actual existence – they describe potential for existence. Working out the equations of quantum mechanics for a system composed of fundamental particles produces a range of potential locations, values and attributes of the particles which evolve and change with time. But for any system, only one of these potential states can become real, and – this is the revolutionary finding of quantum physics – what forces the range of the potentials to assume one value is the act of observation. Matter and energy are not in themselves phenomena, and do not become phenomena until they interact with the mind.