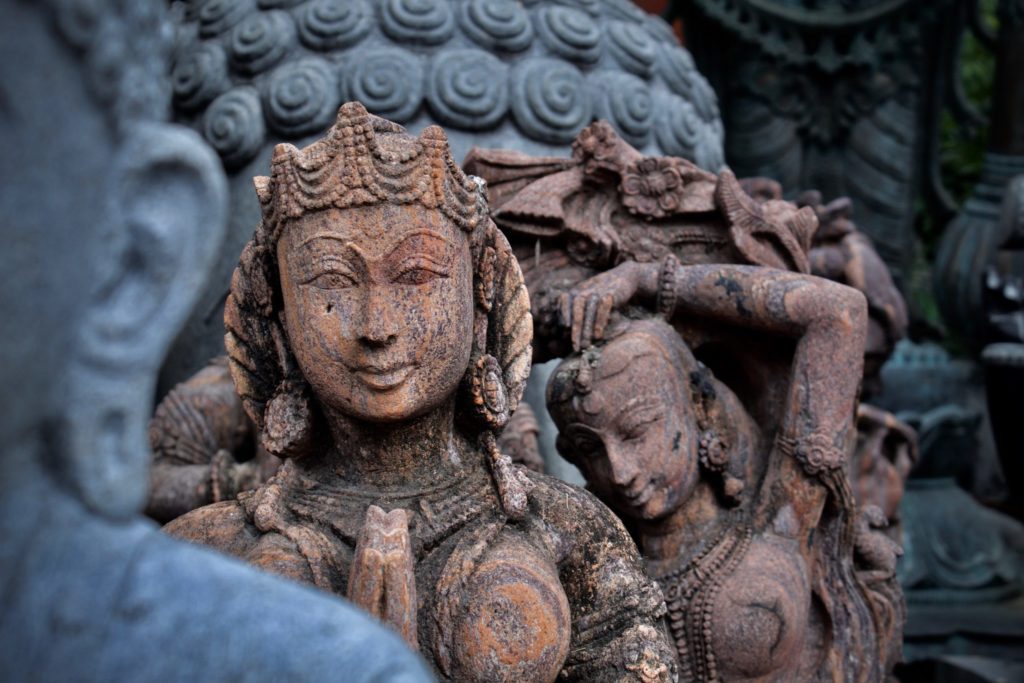 Most people give little thought to the reasons why they see the world as they do—why they see themselves as separate and alone. Our view of reality is something taken for granted, too obvious to be questioned. But in fact it’s not intrinsic, it is learned.

Today, as in ancient times, our spiritual malaise arises from the unreal nature of our perceptions.

Though we are born into oneness, unselfconscious and unaware of any separation between ourselves and everything else, that soon begins to change. From the earliest stages of life, we learn to “see” the same reality as everyone else in our family and community. We are taught to label everything around us, to master the temporal framework of past, present, and future, and most importantly, to assume the name and separate identity we are told is ours. The conceptual worldview and collective beliefs of our society become so ingrained in us that we gradually lose the fresh, innocent vision of our beginnings. We find ourselves in a virtual, mind-created world we mistakenly believe to be real.

Owing to the vast complexity of modern life, the problems created by the unconscious nature of our conditioning are now more pronounced than ever. We find ourselves in an infinite and continually proliferating maze of arbitrary conceptual divisions, distinctions, boundaries, and polarities, and through it all we intuitively sense the wholeness that is missing. The feeling of safety, connection, and stability many once drew from a small-town setting, an extended family, or a close-knit neighborhood is now replaced by the anonymity of high-rise condos, numberless commuters home only on the weekends, and relationships maintained at a distance. Much of contemporary life is mental and abstract, replacing the living, breathing flesh and blood of each human moment. We constantly voice the need to be ourselves and seek what is authentic, yet never find lasting satisfaction in the countless substitutes we so desperately chase.

We become self-conscious as a separate and tiny fragment of what is—of the indivisible totality of life—and our sense of vulnerability and incompleteness is pronounced. This consciousness is reflected in virtually every bookstore, where countless self-help books are prominently displayed, promising to help people fit in, feel better, be more assertive, reduce stress, compete, find a mate, survive the workweek, and deal with a thousand other perceived inadequacies. As we learn to see life through the prism of me and mine versus you and yours, the greed, hatred, delusion, and suffering that have characterized the human experience for millennia grow steadily, until it seems impossible to bridge the gaping chasms that divide us from each other. Even our relationship with nature is often characterized by conquest, control, or callous disregard where harmony and balance prevailed in earlier times. Aimless and alone as the self we think we are, we become seekers for that which we intuit to be missing. Spurred by our yearning for wholeness, we set off on our quest to find what really is.

From meditation to mantras, from koans to the Kabbalah, the shared objective of all the great wisdom traditions is clear: all strive to penetrate the conditioning and habituation that blinds us to our true nature. Whether these paths are called mysticism, the way of nonduality, or esoteric spirituality, they find unity where conventional religions see only division and separation. Though separated by centuries, if not millennia, and embedded in cultures that have little in common on the surface, they declare with extraordinary consensus that the world is a seamless whole.

Many readers may doubt whether any such spiritual consensus can even exist. Religious intolerance and conflict not only capture the headlines today, they can be traced far back into history. But the cause of the conflict is not found in the living truth that all the great spiritual traditions share; it is found in the dogmatic forms of belief so fundamental to conventional expressions of religion. Spiritual traditions that put great emphasis on written doctrines are inherently divisive. They are known as exoteric religions, and the concepts they embody are dualistic, taking their meaning from the distinctions and comparisons they draw. Differences of interpretation concerning religious doctrine can quickly multiply. Estimates of the number of Protestant denominations in the United States, for example, are in the tens of thousands!

Mystical practices, in contrast to faiths codified in written creeds, are based on direct, unmediated experience: knowing by being rather than by thinking and believing. In every age and culture, these esoteric spiritual paths have consistently directed practitioners to go within to discover their true nature and their place in the world. They share the belief that language, through its omnipresent and often unconscious role in defining our everyday reality, lies at the heart of our melancholy and alienation. While the practical value of language is beyond question, we fall into delusion when we mistake the map for the territory. When we see life through the prism of thought and conceptualization, division replaces wholeness. The symbols we use to communicate with each other must not be confused with the essential reality they represent. Serious seekers come to realize that it is our way of seeing the world that has caused our suffering, not the world itself.

This realization is reflected in a theme that appears over and over again in the mythology and sacred writings of humanity. It appears in the regions producing major civilizations, as well as in areas supporting the world’s indigenous populations. This theme, known as the Perennial Philosophy and popularized by Aldous Huxley’s book of the same title, is found at the core of the mystical, nondual forms of Hinduism, Buddhism, Taoism, Sufism, Judaism, and Christianity. In one variation or another, it is also fundamental to the work of many great thinkers, such as Plotinus, Hegel, Teilhard de Chardin, and Sri Aurobindo, and is espoused by many others, from Plato, Spinoza, and Jung to William James, Alan Watts, and Ken Wilber.

The central thesis of the Perennial Philosophy claims that there is something hidden from us by the numberless names and forms of manifestation. The ground of our being is the formless elemental source of all things. It is not envisioned as the creator of the world, a deity to be worshipped, appeased, or obeyed; rather, it is what we are. While most belief systems are content to posit some form of relationship with the divine, the Perennial Philosophy recognizes our identity with the divine source. Throughout the history of human spirituality, its message is unequivocal: we are That.

Inherent in this understanding is the belief that the preeminent purpose and desire of humankind is to find its way back to this fundamental origin of what is. In contrast to the external rewards—salvation, an afterlife—sought by believers in more traditional forms of religion, the Perennial Philosophy sees something within us that calls us back to our beginnings. It is not a return to something we left behind so much as a recognition of something that has always been. As it is impossible to attain that which we never lost, seekers must simply remember what is, and be the “suchness” that they are—in other words, experience directly the most basic fact of being alive in this very moment. This suchness, so often mentioned in the mystical wisdom traditions, is simply what always is, but often goes unnoticed in our busy days and thought-filled minds.

This article is an excerpt from the book, Seeing, Knowing, Being, by John Greer.  It was originally published on his website: