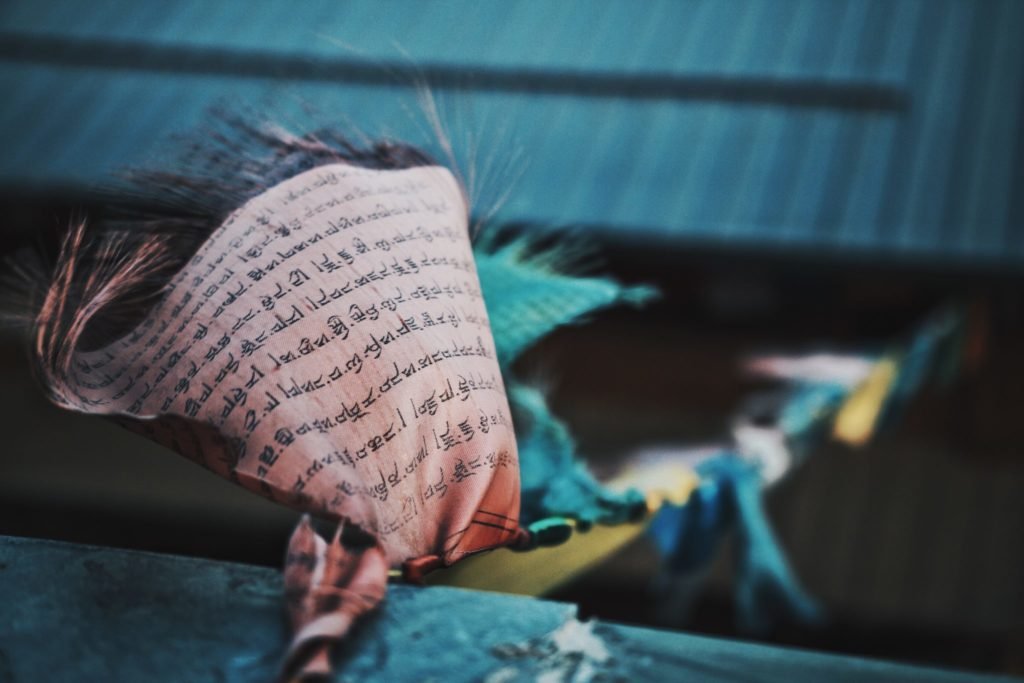 “Progress of our understanding of physics over the past quarter century has been made by exploring deeper levels of natural law…and what we’ve discovered at the basis of the universe is this single universal field of intelligence.”

After many months of adhyāyānam (“call and response chanting”) with very little talking in between, my Vedic Sanskrit teacher once spontaneously shared some profound wisdom.

“You know Sanskrit is not a language,” he revealed. “It is the very mind of God. This world is the spoken breath of God. Our breath is the breath of God. When we direct it back to the divine source with our holy chants, we merge with Him.”

Indeed, the oral transmission of the Vedas in Sanskrit reveals experientially what quantum physics describes as the unified field. From the Vedic perspective not only does it join gravity with light, but the unified field is a subjectively intelligent, singular state of Being.

In the Vedic tradition, the basis of creation can only be known by becoming it.

This is where science and religion—physics and Veda—cease to bear distinction. And it’s where Veda isn’t so much about ancient and outdated beliefs, but about providing us with the answers to where modern physics leaves off.

In String Theory, it’s conceived that everything in nature is vibrating at its core. What seems solid and unchanging is actually moving so quickly it appears to be standing still. If you were subtle enough in your awareness, you’d be able to “hear” and “see” those vibrations and replicate them with your voice.

The Vedic seers, the ṛṣis, achieved this subtle awareness. In meditation, they discovered strings of intricately arranged Sanskrit syllables emanating from a deep source and attuned their mind and breath to them. In this way, they attained a kind of expansive intelligent awareness that allowed them to see and hear the way the universe sees and hears.

The ṛṣis saw and heard in their mind’s eye those subtle sounds of Sanskrit become all that’s manifest in nature. They documented these strings of code in the form of rhythmic speech, or mantras, which make up what are erroneously described as the “hymns” of the Vedas (implying that they are on par with Christian or other devotional songs).

The Vedas are instead the soundtrack of the way the created world arises, mutates and dissolves with the respect to the unified field. They are the recordings of what the rṣis heard and saw, committed to memory, and passed down through carefully guarded lineages of brahmins who’ve preserved them orally for centuries.

In this way, the Vedic tradition is a living lineage, allowing a portal to the unified field through Sanskrit.

The word saṁskṛta itself reveals the relationship of “the Word” to the unified field. Sam has the same meaning as our English, “sum” or “total.” Kṛta is “to be created.” Together saṁskṛta means “created out of the state of unity.”

The 50 Sanskrit syllables form the sonic building blocks of creation, emanating in complex patterns as mantras. As diversified is the natural world, so are the mantras of the Veda, arranged in saṁhitā or “groups” of mantras to replicate and resonate with the laws of nature that structure existence.

Veda is ongoing. It has no beginning nor end. Sharing the same verbal root as our English word, video, Veda is a continuous projection of light and sound onto a limitless screen. It’s a diversified array of vibrations, distinguished by different sound and rhythmic combinations. A tree appears distinct from a frog, for example, because of different arrangements of core vibrations. Otherwise there is no difference between them or any other object within the field of existence.

Veda is also a state of Being that’s intelligent. It has self-awareness. It awakens that intelligence within you by being spoken.

When you speak the Vedic mantras precisely according to the rules of Sanskrit and Vedic chanting, they cultivate your subtle nervous system to co-participate with natural law—to function as a channel of universal intelligence. If I require it to rain, for example, by enlivening the string of code in Sanskrit that produces rain with my speech, it will rain (as long as it’s dharmically correct to rain).

According to Vedic tradition, chanting Sanskrit is the key to uncovering the laws of nature.  When we chant Sanskrit, we return to the source from where we came. We go to the root. We arrive at the fundamental basis of all animated creation. This is why Sanskrit is not a dead, classical language—but a technology for awakening higher states of consciousness.

The Veda in Sanskrit as a technology that grants access to nature’s vibrational code has been kept alive for thousands of generations through adhyāyānam—the guru-disciple relationship. The teacher awakens the universal intelligence within the student through the constant repetition of Sanskrit.

Beginning when she’s just four years old, a child memorizes hundreds of thousands of rhythmic patterns by mimicking her teacher’s tone, pattern of breath and pronunciation.

This oral and aural method of teaching continues daily for twelve years, during which time the child’s nervous system is cultured to perceive more and more subtle levels of reality—from the physical to the vital inner core of all things.

Purified by the continuous pulse of sound, her body and mind effortlessly channel a higher intelligence. And through the breath’s regulation by proper pronunciation of the Sanskrit syllables, her mind is directed to a more clairvoyant and clairaudient perception of conscious thought.

She becomes one with the universal mind, the unified field.