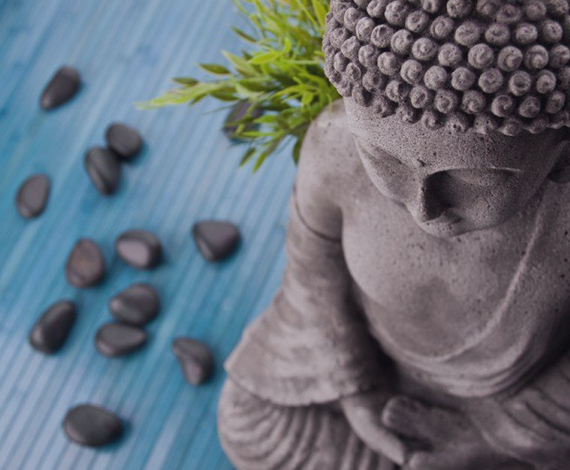 SELF-AWARENESS, SELF-REGULATION, AND SELF-TRANSCENDENCE (S-ART): A FRAMEWORK FOR UNDERSTANDING THE NEUROBIOLOGICAL MECHANISMS OF MINDFULNESS

Mindfulness—as a state, trait, process, type of meditation, and intervention has proven to be beneficial across a diverse group of psychological disorders as well as for general stress reduction. Yet, there remains a lack of clarity in the operationalization of this construct, and underlying mechanisms. Here, we provide an integrative theoretical framework and systems-based neurobiological model that explains the mechanisms by which mindfulness reduces biases related to self-processing and creates a sustainable healthy mind. Mindfulness is described through systematic mental training that develops meta-awareness (self-awareness), an ability to effectively modulate one’s behavior (self-regulation), and a positive relationship between self and other that transcends self-focused needs and increases prosocial characteristics (self-transcendence). This framework of self-awareness, -regulation, and -transcendence (S-ART) illustrates a method for becoming aware of the conditions that cause (and remove) distortions or biases. The development of S-ART through meditation is proposed to modulate self-specifying and narrative self-networks through an integrative fronto-parietal control network. Relevant perceptual, cognitive, emotional, and behavioral neuropsychological processes are highlighted as supporting mechanisms for S-ART, including intention and motivation, attention regulation, emotion regulation, extinction and reconsolidation, prosociality, non-attachment, and decentering. The S-ART framework and neurobiological model is based on our growing understanding of the mechanisms for neurocognition, empirical literature, and through dismantling the specific meditation practices thought to cultivate mindfulness. The proposed framework will inform future research in the contemplative sciences and target specific areas for development in the treatment of psychological disorders.

In the last two decades, the concept of mindfulness as a state, trait, process, and intervention has been successfully adapted in contexts of clinical health and psychology, especially with relation to treating stress and targeting emotion dysregulation. Operationalizing mindfulness has been somewhat challenging given the plurality of cultural traditions from which the concept originates, the difficulty with which it is measured, and its distinction from its common usage [see Baer (2003); Dimidjian and Linehan (2003); Brown and Ryan (2004); Grossman (2008); Gethin (2011)].

Generally speaking, there are two models for cultivating mindfulness in the context of meditation practice—a 2500-year old historical model that is rooted in Buddhist science and a 25-year old contemporary model that is heavily influenced by Jon Kabat-Zinn’s Mindfulness-Based Stress Reduction (MBSR) course, an adaptation of specific Buddhist techniques intended for general stress reduction (Kabat-Zinn, 1990). The historical model for training the mind has similar goals to the contemporary western medical model: both are interested in reducing suffering, enhancing positive emotions, and improving quality of life.

Although the contemporary view of the concept, “mindfulness” is increasingly becoming part of popular culture, there remains no single “correct” or “authoritative version” of mindfulness and the concept is often trivialized and conflated with many common interpretations. Mindfulness is described as (1) A temporary state of non-judgmental, non-reactive, present-centered attention and awareness that is cultivated during meditation practice; (2) An enduring trait that can be described as a dispositional pattern of cognition, emotion, or behavioral tendency; (3) A meditation practice; (4) An intervention. Dispositional mindfulness is now measured by at least eight self-report scales that are often uncorrelated with each other (Grossman and Van Dam, 2011). These semantic differences are problematic in the laboratory setting. Here we attempt to address this conceptual problem by synthesizing a comprehensive conceptual framework of self-processing in the context of neurobiological mechanisms by which mindfulness functions and that focuses on the goals of mindfulness-based meditation practice: to reduce suffering and create a sustainable healthy mind.

The proposed framework for understanding mindfulness focuses on self-processing and the underlying neural systems involved in self-awareness, -regulation, and -transcendence (S-ART). Different approaches to understanding mindfulness may focus on one aspect more than another—S-ART attempts to synthesize a unified framework that integrates the traditional Buddhist and contemporary models. The S-ART framework operates using the underlying premise that our perception, cognitions, and emotions related to our ordinary experiences can be distorted or biased to varying degrees. Depending on certain dispositional factors, these biases are sometimes pathological, but exist on a spectrum and may therefore be present without any clear psychopathology. Within this framework, mindfulness is described to reduce such biases through specific forms of mental training that develop meta-awareness of self (self-awareness), an ability to effectively manage or alter one’s responses and impulses (self-regulation), and the development of a positive relationship between self and other that transcends self-focused needs and increases prosocial characteristics (self-transcendence). In support of S-ART, six neurocognitive component mechanisms that are highly integrated and strengthened together through intentional mental strategies underlying the practice and cultivation of mindfulness are proposed to modulate networks of self-processing and reduce bias. These mechanisms include intention and motivation, attention and emotion regulation, extinction and reconsolidation, prosociality, non-attachment, and de-centering. Thus, rather than reducing mindfulness down to a unitary dimension, the S-ART describes mindfulness in a broader framework of perceptual, physiological, cognitive, emotional, and behavioral component processes.