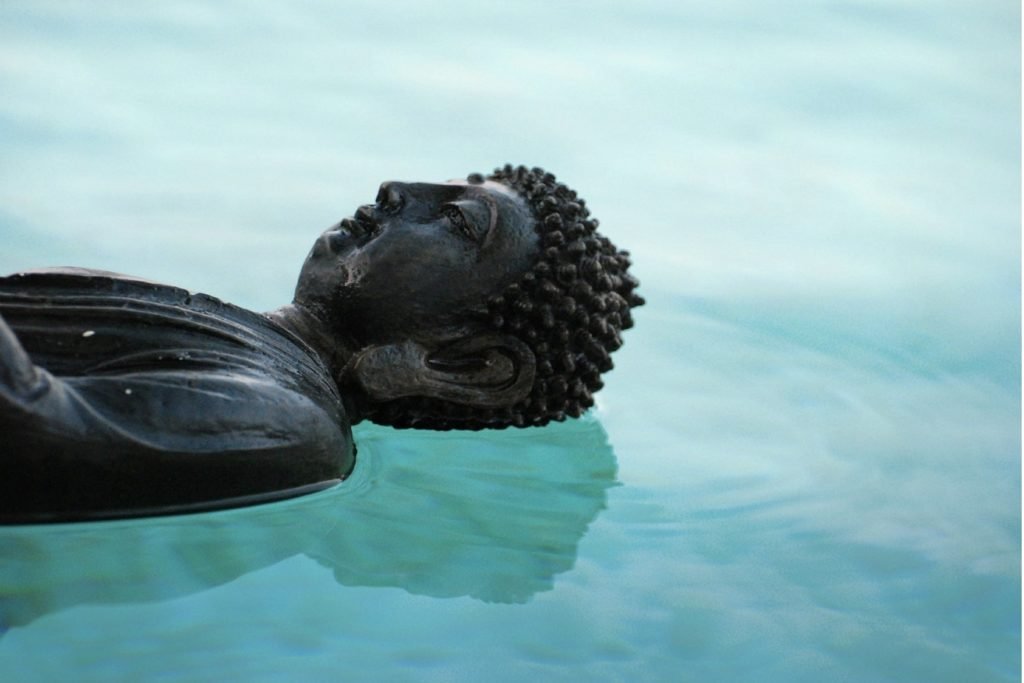 Śavāsana is most popularly known as a haṭha yoga posture that completes the sequence of many modern yoga classes. A compound of the Sanskrit words śava (शव), meaning “corpse” and āsana (आसन), meaning “seat,” it is commonly referred to in English as “corpse pose.”

One of the first references we see to śavāsana occurs in a fifteenth century text, the Haṭha Yoga Pradīpikā (1.32), which states “Lying on the back on the ground like a corpse is Shavasana. It removes fatigue and gives rest to the mind.”1 However, prior to the emergence of haṭha yoga as a distinct tradition, śavāsana was a key practice of layayoga, the “yoga of dissolution.” A text from the 12th century tells us that this form of yoga aimed to dissolve the mind by means of “esoteric techniques.”2 Such techniques included meditating on emptiness, staring at the tip of the nose or between the eyebrows, and “lying supine on the ground like a corpse,” which was said to be  an “excellent” dissolution.3

This Article is from Tarka

This article is an excerpt from the Tarka Journal’s Issue on Death. In this issue of Tarka, On Death, we explore the topic of death from the perspective of contemplative traditions – including various ways of understanding and relating to the dying process, consecrating grief and loss, and practices designed to alleviate the suffering generally associated with death.
Get Access to the Whole Issue or Subscribe in Print 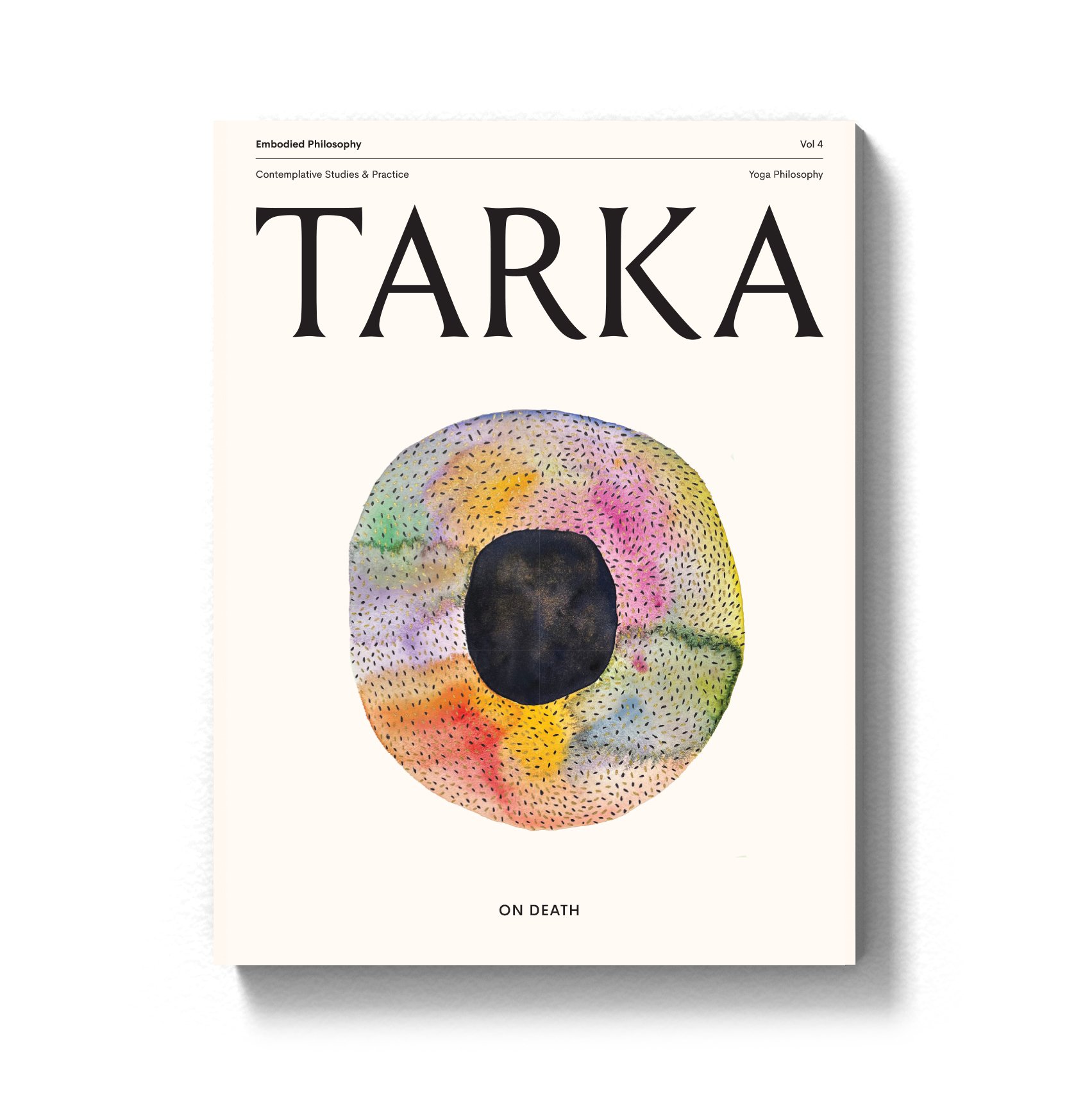 In this early text, these techniques are said to have been taught by Śiva, who is often referred to as the Lord of yoga.4 Śiva as the primordial yoga guru points to the intimate connection of layayoga (and haṭha yoga) to the Śaivite tradition, which highlights the divine role of dissolution in the popular mūrti of Śiva as Naṭarāja (“dancing Śiva”). In this mūrti are symbolized the “five acts of Śiva”, which include “creation”, “sustainment”, “dissolution”, “concealment” and “grace”.

Those familiar with the popular Hindu “trimūrti” of Brahmā-Viṣṇu-Śiva will recognize three of these acts (creation, sustainment, dissolution) as the symbolic identities of these three deities.5 In other words, in the non-dual Śaivite tradition, all three acts are seen as interrelated expressions of the one cosmic Absolute called Śiva. Thus, when we dissolve through the practice of śavāsana, we are reflecting a divine feature of reality itself.

Śavāsana thus symbolically represents our inherent capacity to “melt” or “dissolve” the categories, concepts, and modes of identification that inhibit us from encountering an underlying aspect of our true nature. Insofar as we are attached to stories, narratives and material coordinates of our experience, we are enacting contracted expressions of reality that we mis-recognize and mis-represent as the essence of things. Śavāsana thus invites us to participate in what we might call “little deaths,” small dissolvings of experience that open us to that which persists beneath those deaths as the ground of everything.

In many instances of Śaiva-Śakta iconography, Śiva is seen lying in śavāsana with Śakti as Kālī standing, sitting or dancing atop him. Easily interpreted as a powerful feminist image, these representations philosophically depict the relationship between consciousness and energy. Śiva is the emptiness from which fullness arises, the silence within which expression reveals itself, and the death through which life is eternally realizing itself.

The tendency to see death as the “outside” of life, rather than an experience intrinsic to life itself, extends from a pervasive assumption of modern industrial culture. This assumption (that death is either a kind of dark nothingness or a complete cessation) triggers a manic pursuit of youthful vitality and a profound fear of anything that hints of bodily decay and decline. The Yoga Sūtras of Patañjali includes abhiniveśa (“fear of death” or “clinging to life”) amongst the five kleśas – afflictions of the mind that perpetuate mental agitation and suffering. The process of yoga is partly about eradicating these kleśas so as to abide in our true nature as puruṣa.

A yoga āsana class, then, can serve as a laboratory in which we rehearse the sequence of an incarnation. We begin in balāsana, or child’s pose, proceed through a dynamic series of postures that reflect the variable situatedness of an individual life, and then close with increasingly restorative movements until finally arriving in śavāsana. From this mini-incarnation we dissolve back into the larger life that encompasses it, never having feared that the death of śavāsana would turn out to be a final one.

Imagine if each time we stepped on the mat we feared that “this śavāsana will be my last,” that “this time my heart will stop beating and I will become the pose’s namesake.” Such a thought experiment might seem rather silly, but the yogic teachings suggest that such a misplaced fear is analogous to the fear that constitutes abhiniveśa. Just as we return to the larger embrace of life that surrounds the mini life of an āsana sequence, so too when our attachment to this body dies will we relax into the witnessing consciousness that encompasses it. The duality of “life” and “death” will dissolve back into the non-dual substratum from which both life and death appear.

Śavāsana, then, aside from being an effective therapeutic technique of yoga-āsana, is a powerful reminder to engage those contemplative practices that support and cultivate experiences of samādhi – little deaths of duality that directly and indirectly prepare us for the mahāsamādhi that will arrive when the “sustainment” that is this lifetime finally dissolves back into the ocean of Śiva.