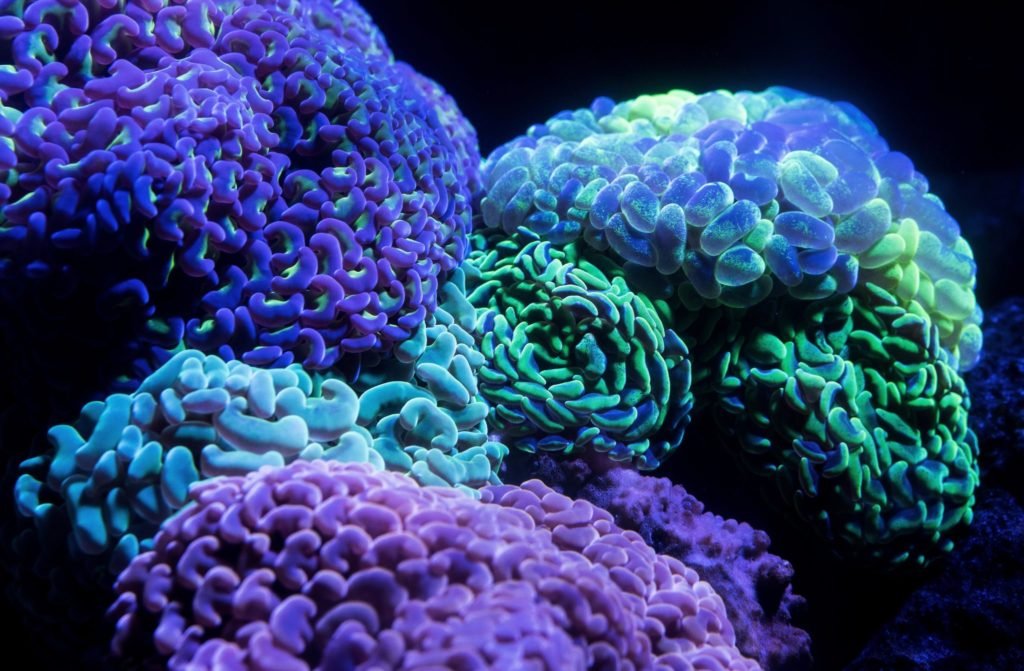 The following article by Joe Loizzo is an excerpt from the Introduction to the book, Advances in Contemplative Psychotherapy: Accelerating Healing and Transformation, edited by Joe Loizzo.  For more information please go to http://contemplativebook.com

Science, Plasticity, and Mindfulness: The Rebirth of Contemplative Science

The very idea of “contemplative” psychotherapy may invoke some cognitive dissonance. “Contemplation” and “contemplative”—terms derived from the Latin contemplatio—have historically been used to describe a discipline of reflection considered central to introspective learning, especially the meditative learning practiced by lay and professional people in Western religious institutions and traditions. Psychotherapy, on the other hand, has evolved as a healing method of reflection and introspective learning, informed by scientific views of human nature, and practiced by mental health professionals in modern medical institutions and clinical contexts.

In his Civilization and its Discontents, Freud made the broadest possible case for a new science and art of psychotherapy: as a modern answer to the age-old dilemma described by the pre-Socratic thinker Empedocles (Freud, 2010). Caught between the self-protective instinct for survival and the self-transcendent instinct for generativity, we human beings must learn to override stress and to cultivate love and compassion instead, in order to gradually adapt to the unnaturally social conditions of civilized life. The main thrust of Freud’s argument was to contrast the views and methods of psychotherapy with those of religion—Asian and Western—and to offer his new science and art as a modern, secular, and pragmatic alternative to age-old experiences of boundless unity and love cultivated by practices like yoga and meditation. Although his critique of such experiences and methods as overly idealistic and life-negating were challenged by some analysts— notably Jung, Ferenczi, Binswanger, and Kohut—given the reductive science of the day, Freud’s view prevailed, decisively shaping the consensus and practice of mainstream psychotherapy. Over the last half century, however, many disparate lines of research in biology, neuroscience, physiology, and psychology have been converging towards a more optimistic consensus on human plasticity and social potential, a consensus that is transforming the landscape in which we live and practice.

In biology, evolutionists have resolved the age-old debate—are we naturally aggressive or social? —with a new view of our genome as “malleable” and “educable” (Dobzhansky, 1982). More recently, the young field of epigenetics has begun   to show how gene regulation drives development and day-to-day adaptation (Carey, 2013). This broad vision of genomic fluidity naturally dovetails with the new paradigm in neuroscience—use-dependent plasticity—yielding a view of our brain as more dynamic, functional, constructive, and ever-evolving than we previously thought. The new science of plasticity has led pioneers like Eric Kandel and Norman Doidge to propose a more optimistic, transformational paradigm   for twenty-first-century psychotherapy (Kandel, 1999; Doidge, 2016). Aligned with this new direction, breakthroughs in our understanding of the prefrontal cortex, limbic system, and brainstem have revealed the human brain to be much more geared to social cognition, social emotional development, and social autonomic regulation than was believed in Freud’s day (Siegel, 2007). These breakthroughs have prompted a new generation of relational approaches to psychotherapy, like those articulated by Daniel Siegel (2010a), Louis Cozolino (2006), and Stephen Porges (2011). Finally, two related lines of advancement— through affective neuroscience and positive psychology—have further challenged prior low estimates of human potential like Freud’s, by revealing our robust capacity for prosocial emotions, the far-reaching benefits of motivations like love, compassion and altruism, and the performance-enhancing benefits of positive imagery and euphoric peak states like flow (Lutz et al., 2008; Brown, 2009; Singer & Klimecki, 2014; Amihai & Kozhevnikov, 2014).

These promising clinical studies in turn lowered the threshold for the first phase of serious lab research on the neurophysiology of meditation and yoga. This phase came of age in a series of major breakthroughs starting very recently, in 2004 and 2005. Two teams, one led by Richard Davidson at the University of Wisconsin, and another by Sarah Lazar at Harvard, were responsible for moving their field from its long marginal status to center stage in the new neuroscience. Lutz and Davidson’s 2004 study showing that Tibetan monks can self-generate high frequency gamma synchrony at will, and Lazar’s 2005 study that mindfulness meditators show increased thickness in the prefrontal and insular cortex, both directly linked meditation with neuroplasticity and neurogenesis (Lutz et al., 2004; Lazar et al., 2005). This put meditation at the heart of the new neuroscience, as one of the most effective and reproducible paradigms of neural plasticity, and the only model for the conscious self-regulation of plasticity. It is this multidisciplinary confluence of advances that led Davidson to describe the new role of meditation research by renaming the field “contemplative neuroscience.”

Psychotherapy and Contemplative Healing: Two Forms of One Human Art

In this long view, the convergence of breakthroughs in neuroscience, positive psychology, meditation research, and mindfulness interventions over the last two decades has been both timely and effective. It was robust enough to clear the way for a broader integration of psychotherapy with contemplation, more along the lines envisioned by proponents of contemplative traditions, like Jung (Moacanin, 1986). While the growing confluence of such distinct fields still strikes many as unlikely or novel, there is no denying the deep resemblance in methods and mechanisms of action underlying these human practices.

In this book, we will have the opportunity to review those resemblances in detail, in chapters that present the psychology behind three forms of Buddhist contemplative practice, chapters that explore their neuroscience, and chapters that flesh out their applications in psychotherapy. But first, it may help to touch on a few resemblances that have fueled the convergence of Buddhist psychology with modern psychotherapy, as well as to highlight some of the key contrasts that make these two cultural practices so distinctive.

In introducing Sustainable Happiness, I explained the growing confluence of Buddhist psychology and meditation with modern psychotherapy by pointing out three family resemblances in aim and method shared by the two traditions (Loizzo, 2012): 1) both traditions base their theory and practice on the premise that every mental activity is causally effective, and has determinate consequences that shape ongoing development; 2) they both view the mind as embedded in an evolutionary continuity of ever-adapting forms of life, conceiving development as an interactive, intergenerational process informed by both nature and nurture; and 3) they both base their attempts to relieve mental suffering on a practice of re-education, which combines reflection, insight, and behavior change in an enriched social learning matrix of conscious re-parenting.

At the same time, I also explained the distinctions between Buddhist and modern psychology that are often missed or minimized by modern proponents of integration, pointing out three basic differences in aim and method that distinguish the two traditions: 1) the two differ in their institutional base and disciplinary landscape: Buddhist psychology is based in monastic education in the context of Indian spirituality and contemplative science; psychotherapy in secular healthcare in the field of modern psychology and neuroscience; 2) they differ in their theory of evolution: Buddhism assumes a  Lamarkian  model  of  evolution, as  driven by learned habits of mind and action transmitted across generations by social imprinting and modeling; psychotherapy is informed by a Darwinian view of evolution, as driven by random mutation and natural selection, transmitted by genetic inheritance; 3) and they differ in their healing methodology: Buddhist pedagogy involves a multimodal strategy combining individual mentoring, group classes, and peer learning, relying on a progressive path of mind–brain altering contemplative practice; psychotherapy involves a more targeted strategy relying on intensive individual re-parenting bonds, and milder, more limited relaxation states, sometimes combined with cognitive-behavioral learning for individuals and/or groups.

On the one hand, it is no accident that these two traditions are now engaged in an increasingly deep and far-ranging dialogue. On the other, there is still ample reason for us to be careful to respect the distinctions between them, so that we can weigh apparent similarities and differences in light of the broader cultural contexts in which they evolved. Of course, avoiding misunderstanding or misappropriating contemplative traditions like Buddhism, and respecting their distinct cultural context and roots does not require us to adopt an extreme cultural relativism.

Like modern psychotherapy, Buddhist psychology claims to see and treat mental suffering in ways that are universally applicable to humans across history and culture. And, like psychotherapy, it has in fact been found helpful in several civilizations, over centuries since its inception. So, rather than thinking of Buddhist practice and psychotherapy as apples and oranges, I prefer to see them as different varieties of one and the same species of human practice. This seems not altogether contrary to Freud’s view, judging by his own efforts to find historical roots for the modern practice he called psychotherapy in the ancient Greek traditions of Socratic and pre-Socratic pedagogy.

The fact that Freud felt a need to go back to the Greeks to find the roots of psychotherapy is not surprising given the genesis story of modern science—that it emerged in the fifteenth century as a renaissance of previously lost Greek science. What should be surprising is that he had to bypass twenty centuries to find another case of healing, re-parenting dialogue to cite as a precedent for his re-discovery. Obviously, it is not the case that humanity altogether stopped this universal practice for twenty centuries. Having grown up a young Jewish man in Catholic Vienna, Freud was well aware of two such practices embedded in the religious traditions of the Judeo–Christian West:  the rabbinate and the confessional. So his return to the Greeks suggests a move to avoid any association with them. In contrast, his erstwhile successor Carl Jung, the son of a Protestant minister, did not shy away from the ambiguity between the role of psychotherapist and spiritual counselor or guide. So Freud’s rejection of these precedents, along with their analogues in the Hindu and Buddhist mentoring bonds explored by Rolland and Jung, may be most simply explained as an expression of his intention to align psychotherapy decisively with the side of modern science in the European Enlightenment rift between science and religion. To his credit, Freud correctly read the landscape of modern culture and made a tactical decision that allowed psychotherapy to become a mainstream institution in an era in which scientific modernity obliged us to leave contemplative healing and pedagogy behind, as artifacts of humanity’s religious past. Now that the modern rift between science and contemplation is increasingly being bridged, we are in a position to bring contemplative practice back into dialogue with neuropsychology and the practice of psychotherapy.

Viewed through the narrow lens of Enlightenment thought and science, the dialogue between the reflective practice of contemplation and the clinical practice of psychotherapy may still seem dissonant, even forced. Viewed through the wide- angle lens of anthropology, however, it appears as eminently reasonable and perfectly natural. Throughout history and around the globe, human cultures have associated spirituality, science, and healing with contemplative states and mentoring bonds. The Greeks were no exception to this rule: Empedocles taught science, contemplation, and ethics (O’Brian, 2009); Socrates was inspired by the

Delphic Oracle (McPherran, 1999). The Rabbinic yeshivas, Christian monasteries, and Islamic madrasas of the medieval West were the cradles of Renaissance science, spirituality, and medicine (Pederson, 2009). In fact, in the centuries since Descartes divided matter from mind, and science from reflection, the scientific culture of the West has been one of the very few glaring exceptions to the rule. So the recent trend I described towards bridging that modern divide and reuniting contemplation with science and healing is not really new, but a return to the commonsense view shared by most of humanity for most of history.