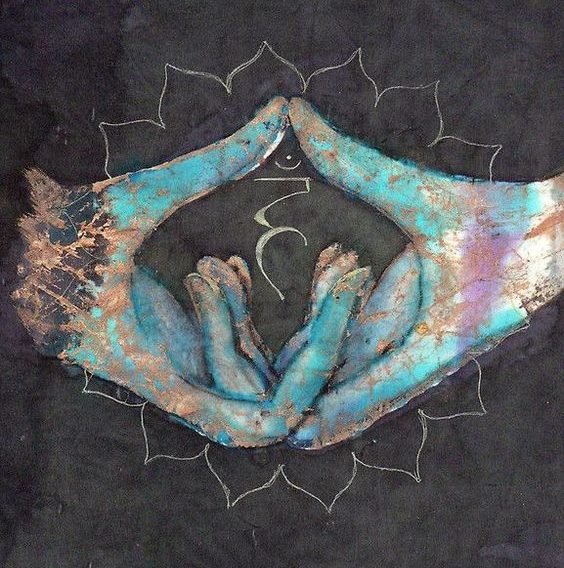 The physical, mental, and spiritual ideals of yoga require more than asana practice alone. Ours is a culture on the move, and we find ourselves frequently traveling across the globe, commuting on mass transit, and navigating endless confrontations with socio-political chaos; in short, we are systemically tapped out. Studies have concluded that chronic psychological stress is associated with the body’s decreased ability to regulate its inflammatory response, and therefore an increased susceptibility to the development and progression of disease. These repetitive exposures lead to symptoms that resemble trauma in the body: chronic stress patterns and tension manifested in misaligned posture, breath, and attitude.

What does this mean for our yoga practice? Simply, we have direct access to our nervous system’s ON/OFF switch. We can create an internal relaxation response by cultivating physical awareness of a safe, neutral environment and a mindset that is calm and open. If we approach our physical practice with an overly-analytical, prefrontal cortex attitude, we can never access that most basic part of ourselves that is in fact responsible for our responsiveness – the amygdala – and we will remain edgy and over-stressed.

The whole body works as a lightning rod for stimuli; its systems combined are actually seven times more responsive than the brain alone when it comes to perceived danger. We can feel a threat before we physically see it. This is the amygdala bypassing the prefrontal cortex, the “gut reaction.” When aroused, the Sympathetic Nervous System responds by preparing to defend itself: the heart rate increases, digestion slows, and the body braces for action. If those tension patterns go unnoticed, so does the sympathetic activation. Chances are, the stress cycle never gets completed and the residual “stress” lives on in the body as chronic back pain, TMJ, or severely stiff shoulders. The fight-or-flight-freeze gets hard-wired into our animal body, and as such requires sensation-based inquiry in order to organize. The body may get one story from the breath pattern adopted during rush hour, but when the narrative does not change, it continues to function as though in danger. The amygdala retains the memory of the threat and replays it over and over in a loop which keeps the body locked up.

Through yoga asana we can activate our “animal” to get in touch with our lower brain. By connecting slow, rhythmic movement to breath and exhalation, the parasympathetic system (that’s the OFF switch to the SNS) activates and releases the “charge” from the previous stimulation/activity. The key is, as it so often is, intention and mindfulness. By utilizing space between postures and intelligent sequences, the practitioner has the opportunity to internalize the undulating sensation as a felt experience and perhaps achieve some clarity in differentiating between past and present, anticipation and actual occurrence, or perception and reality. Most of our resistance or hyper-persistent attitudes in the practice are derivative of latent or pent-up feelings, which, as Bo Forbes said, “The body, for its part, continues to incubate.” Lawrence Gold explains the science behind a slower, more articulate movement practice on his blog:

“A person stuck in a habit pattern is enclosed in the habit and to that degree, closed to new experience…However, a deliberate, new action can modify a habit – but only if that new action first frees attention from where it is stuck. The key to freeing attention is to change the habit from a self-perpetuating automaticity to an intentional action done with sufficient attention to resume the position of being the cause of the action. That means that a person deliberately does what ordinarily “happens by itself” until they can feel that they are doing it, rather than it happening to them. That intensity of intention and attention melts the mold of a habit so that it can be remolded. In that state […] the person no longer feels identical to (identified with or as) that habit; (s)he has transcended it. That transcendence provides the space for the emergence of The New (in whatever form).”

The process of inducing ease in asana begins with you (under the safe guidance of your teacher). Identify the response to the posture, or the cue: is the breath held or labored (or not coming through at all)? Are shoulders pulling up toward the ears, or is the jaw clenched? Are there thoughts of anger or resentment or fear (or brunch…)? Re-routing that energy is not an intellectual process, but does require a high level of sensitivity and awareness. Yoga poses involve weight-shifts into unlikely areas and compression into tight physical quarters with oneself, not to mention discipline and up-to-the-minute news reporting, a.k.a. proprioception and physical sensitivity. If your relationship to your body is that “it isn’t strong enough,” and you collapse under the weight of heightened sensation, or conversely, if you believe that the body is only useful if it’s extremely strong and capable of great feats, the notion of being “sensitive” probably sounds suspect. But consider this: if the body is in a posture that triggers fear (see symptoms above) or is gulping air like an MMA fighter between rounds, the nervous system will respond accordingly and automatically. If we can practice untangling those reactionary knots and learn to feel through the stress cycle, then we reinforce the nervous system’s natural resilience and become strong, flexible yogis. Even if our feet never make it behind our head once.