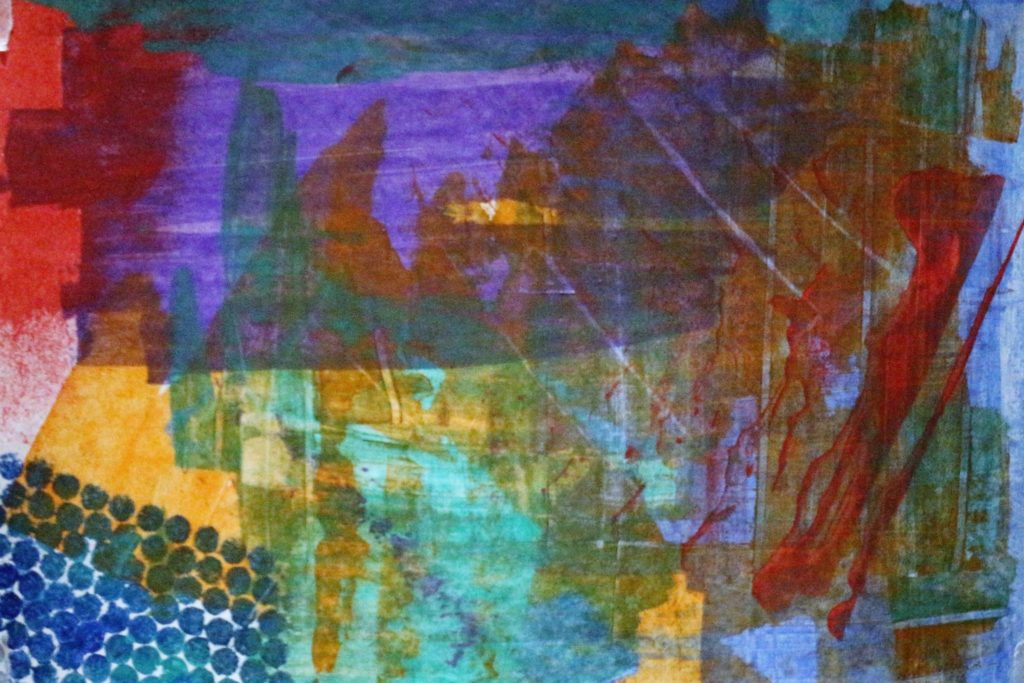 Each time someone takes a deep breath, they are using their physiology to overcome the residual effects of trauma and stress. When they move with awareness, connecting consciousness with movement, they invite a present moment experience, and challenge their habitual patterns of thought and experience. The science of yoga makes the most of these built-in healing mechanisms, harnessing and amplifying them.

One of the effects of yoga practice is to regulate the autonomic nervous system, which, along with the limbic system, can work subconsciously to create states of deep peace, or send us into fight, flight, or freeze responses. As you may know, the autonomic nervous system is composed of two branches: the sympathetic nervous system (SNS), which provides the energy and focus to accomplish necessary physiological tasks, and the parasympathetic nervous system (PNS), which provides rest and rejuvenation.  A healthy nervous system oscillates between these two branches, keeping them in balance. The focus of this paper is to describe some ways that yoga can be used to re-regulate these functions when they become dysregulated, particularly from trauma.

Bessel van der Kolk, M.D. and recognized trauma expert, emphasizes that psychological trauma occurs when the victim is not able to physically move to protect him/herself (van der Kolk, 2014, p. 55). Peter Levine, Ph.D., somatic therapy pioneer, confirms that, “the experience of fear derives from the primitive responses to threat where escape is thwarted” (Levine, 2010, p. 85). After a traumatic incident, patterns of immobility can remain stuck in the body, limiting the client’s connection with their inner and outer environment. The ability to re-empower oneself by moving the body can be essential to trauma recovery. In hatha yoga, the physical branch of the practice, carefully selected physical postures can be the key to a gradual, safe recovery of one’s agency.

Immobility patterns also contribute to inhibited breathing patterns. Since the breath is intimately connected to autonomic nervous system regulation, inhibited breathing can leave habitual, negative neural networks in place in the brain.  Because the inhale increases sympathetic activity, and the exhale increases parasympathetic tone, yogic breathing practices can be designed to bring the branches into balance and re-regulate the autonomic nervous system.

In a somatically-based model of trauma-recovery, part of the work of the yoga therapist/mental health professional is to monitor the client’s state of ANS arousal and guide him or her to bring it back into a regulated state. A yogic intervention can include asking the client to shift his or her focus from the thoughts and emotions, which may be skewed to the negative, to body sensations experienced in a pose, which grounds the individual in their present-moment experience; to pause a narrative and engage in a regulating activity, such as taking a yogic three-part deep breath; or to slow down the movement involved in getting into or out of a yoga posture, to break a habitual movement pattern which is holding a dysregulated system in place. Yoga postures also provide the opportunity for an enjoyable, creative exploration of the body as the practitioner twists and turns his or her body into new shapes. That moment of enjoyment creates a foundation for recovery.

The vagus nerve is a main communication pathway between the parasympathetic nervous system and the brain, making it an important focus for nervous system regulation.  According to polyvagal theory, developed by Stephen Porges, Ph.D., one of the branches of the vagus nerve, the ventral vagus complex, enervates major communication and organ systems above the diaphragm, including the facial muscles, the back of the throat, the inner ear, heart, and lungs. Yoga postures, breathing practices, and chanting, can stimulate the vagus nerve at these points, and enhance a feeling of safety and well-being in the participant.

Yoga on the Subtle Level: The Role of Prana

In classical yoga, the energy that interpenetrates the physical body is called prana. (Frawley, 1999). When prana is dysregulated, dis-ease results. This play on words is true from two perspectives; the client feels uneasy, and the potential for the disease process to progress  increases. By becoming more attentive to prana—and calming and directing its flow through yogic practices—an individual can help to regulate the body’s systems, including the autonomic nervous system.

The prana flows through subtle nerves called nadis. There are three major nadis that begin at the base of the spine: the ida, pingala, and sushumna. The ida, characterized by receptivity, coolness, introspection, and rest, ends at the left nostril; the pingala, expressing the energetic qualities of action, heat, and decisiveness, ends at the right. The sushumna is the central channel which carries the merging of these two energies.  B. K. S. Iyengar (Iyengar, 2002) notes that the SNS corresponds to the ida nadi and the PNS to the pingala nadi. Not surprisingly, yogic texts describe the right nostril as heating, activating, and externally oriented, and the left as cooling, passive, and internal. These qualities again suggest the functioning of the SNS and PNS. Research by Dr. Shirley Telles and others, offer empirical evidence for this correspondence (Telles et al, 2000).

By manipulating the nostrils, one can work with the subtle energy channels to consciously switch dominance from one branch of the ANS to the other. This practice is part of the science of Swara Yoga (Rama, Ballentine, & Hymes, 1979, p. 79). As Mel Robin states, “connections between nasal laterality, cerebral-hemisphere laterality, and the two branches of the ANS are implied in the ancient accounts of Swara yogis” (Robin, 2009, p. 627).

In the yoga sutras of Patanjali (4:13–4:14), the gunas are described as the properties, or qualities, of nature; they are called rajas, tamas, and sattva. In the rajasic state, the body is agitated, anxious, and irritable; the mind can be angry, fearful, demanding, and impatient. In the tamasic state, the body is heavy, sluggish, toxic; the mind is dull, in denial. Sattva is the energy of lightness, purity, flexibility, and peace. These qualities are applied to everything in nature (Frawley, 1996). Interestingly, they also correspond to autonomic nervous system states.

The hypervigilant, anxious, sympathetic-dominant state could be seen as a rajasic state. The depressed, lethargic, overly parasympathetic state could be seen as tamasic. In a regulated system, there is a smooth oscillation between the SNS and PNS activation that could be viewed as a sattvic state of balance. This correspondence was discussed in a recently published paper,    Yoga Therapy and Polyvagal Theory: The Convergence of Traditional Wisdom and Contemporary Neuroscience for Self-Regulation and Resilience, which ties the gunas to polyvagal theory.

Recent research studies confirm the value of yoga to “support pharmacological and psychological therapies by improving autonomic responses to stress and self-regulating coping behaviors . . . ” (Kinser et al., 2012, p. 123). As a form of mindful, low-impact exercise, the physical movements in yoga may have antidepressant and anxiolytic effects (Kinser et al., pp. 37–41). The slow rhythmic breathing practices and meditative/relaxation practices of yoga are designed to induce a sense of calm, well-being, stress tolerance, and mental focus, all of which may minimize depression, anxiety, stress, and rumination (Kinser et al., pp. 21, 31–35).

Another research study targeted treatment-resistant women with a diagnosis of  PTSD, offering them weekly hatha yoga classes. The results show that:

“At the end . . . , 16 of 31participants (52%) in the yoga group no longer met criteria for PTSD compared to 6 of 29 (21%) in the control group . . . both groups exhibited significant decreases in PTSD symptoms during the first half of treatment, but these improvements were maintained in the yoga group, while the control group relapsed after its initial improvement.” (van der Kolk BA , 2014)

A study of yoga theory and practice reveals a multi-layered discipline which meshes with current theory about the functioning of the autonomic nervous system and is a valuable component in a somatic approach to psychotherapy. On the physiological level, the practice can regulate the balance between the SNS and PNS, resulting in a healthy oscillation between the two. On the emotional level, it can help to transform states such as anxiety and depression into a state of contentment. On the energetic level, it can facilitate the transmutation of the rajasic and tamasic gunas into a peaceful, easeful sattvic energy. Correspondences between the gunas and polyvagal theory are being explored. Nervous system-informed, trauma-sensitive yoga shows promise as an effective, natural, low-cost remedy for a variety of psychological disturbances.

Levine, P. A. (2010). In an Unspoken Voice: How the Body Releases Trauma and Restores Goodness. Berkeley, CA: North Atlantic Books.