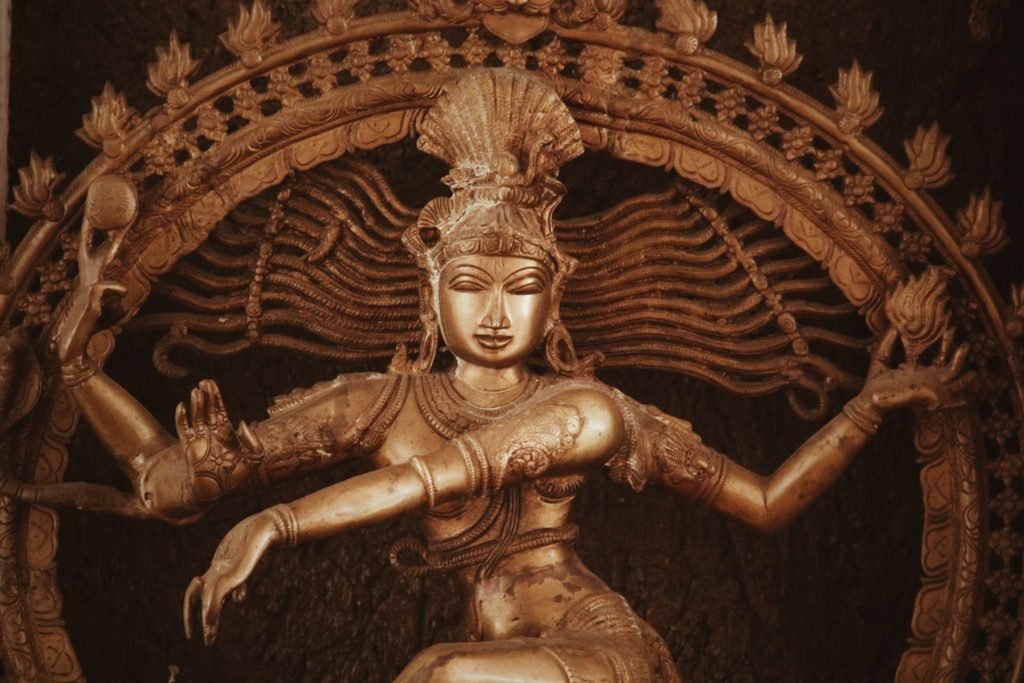 This popular image of the ‘Yoga Poster’ (http://theyogaposter.com/(link is external)) depicts the history of yoga as that of a branching tree with its roots in the ‘Vedic Period’ and leaves which could potentially include all the forms of yoga in existence today.  As Singleton and Jain have pointed out, by anchoring a contemporary belief-practice in an ancient tradition, a “touchstone of authenticity” is created (Singleton 2010 and Jain 2015). Practices of yoga and ayurveda are justified in new global contexts with an appeal to tradition, while national discourse within India also emphasizes the authenticity and validity of yoga and ayurveda as pre-colonial knowledge. There is often an assumption that a tradition involves a linear progression from teacher to student, from guru to śiṣya, and that the yoga traditions with an unbroken paramparā are somehow more pure or authentic than others.

The AyurYog project aims to ‘reveal the entanglements’ of no less than three historical traditions – but what do we actually mean by the use of the word tradition? How should we understand this word and its associations with authenticity and truth?

The handing down of knowledge between generations is central to the understanding of tradition implicit in the AyurYog project.  In any study of historical periods, reference to texts is a central criterion to the continuity of knowledge between generations.  It is also a way to ensure knowledge is not lost through gaps in oral transmission. Often, it is the only evidence that exists about what people in the past did and believed.

At the same time, Yoga, ayurveda and rasaśāstra are living traditions, which involve a transformation in the practitioner to ensure both successful practice and that the essence of transmission reaches the next generation. The ability to create a transformation in consciousness appears to be most effectively communicated through interpersonal relationships.

As the Welsh theorist Raymond Williams (1976) and the Indologist Johannes Bronkhorst (2005) have both eloquently articulated, traditions provide continuity and structure – but this continuity and structure can also restrict innovation and adaptation to new circumstances. As Bronkhorst observes: ‘traditions, once in place, may have a tendency to force the past into a straightjacket: the past has to be seen in this particular way, and dissonant opinions are not accepted’ (2005, p. 64). Much recent controversy in the field of yoga has stemmed from notions of the possibility that yoga, or a part of yoga could be an ‘invented tradition’ (Hobsbawm and Ranger 1983 and Singleton 2010).

When seen from the perspective of the longue durée, certain fluidity in all traditions becomes apparent. What has been practiced as yoga and ayurveda over millennia shows both great continuity and great discontinuity. Contemplating the vast diversity of contemporary practice within yoga and ayurveda, family resemblances (Wittgenstein 1953) are apparent, but a coherent narrative tradition is often more elusive. If we want to avoid the fallacious dichotomy of ‘invented’ versus ‘authentic’ traditions, how should we understand the central focus of our research?

“Tradition would thus look like a store, only some parts of which are in use at any given time. The other parts are simply waiting to be activated, stored in museums, archives and libraries or, in the case of oral tradition, in the library of the human mind, always in danger of passing into oblivion because of the lack of use and lack of function.” (1995, p. 133)

Honko’s understanding of tradition as a repository of resources upon which a culture can draw may be clarifying in conceptualizing the vicissitudes of yoga, ayurveda and rasaśāstra practices across millennia. As Henry Glassie remarked ‘tradition, a key to historical knowledge, is to be understood as a process of cultural construction’ (1995, p. 398).  Thus understood, traditions are in a constant process of creation through drawing on different elements from this imaginary ‘store’.

Honko’s conception helpfully allows for one to drop the trope of ‘invention’ when contemporary movements creatively draw upon the past to meet present needs.  But perhaps this understanding does not adequately explore the role of innovation, and how and when are artifacts added to the storehouse of a ‘tradition.’  It is interesting that often texts on yoga and ayurveda often go out of their way to obscure any innovations into the main narrative of continuous tradition.

Shifting the focus to the level of definition, Michael Satlow (2011) points out in a more recent, thought-provoking re-definition of tradition returning in part, the Latin root, traditio, means to ‘hand over or transmit’ and traditum is the thing being handed over. He has proposed an interesting definition of tradition that promises to be discussed in religious studies for years to come. Tradition is:

While also seeing tradition as a resource of narratives, objects and practices upon which can be drawn, Satlow emphasizes the constraining aspect of these resources. They are ‘inheritances or the innovations with which we must deal’ (p. 134). Ayurvedic practitioners must deal with the Suśruta Saṃhitā and Caraka Saṃhitā, even if these only preserve a selection of the understandings and practices of the ayurvedic tradition in often-copied compendiums. The Yoga Sūtras/ Yogaśāstra of Patañjali is an essential referent of the yoga tradition even in the absence of a continuous paramparā lineage. This use of Patañjali can be acknowledged as performing a specific function in the modern world (Singleton 2008), but its use does not diminish Patañjali’s place as a central resource of yogic traditions.

But there are still interesting questions to ask about innovation in tradition. As Satlow reflects: ‘Instead of inquiring about the reasons for change (for example, to what extent has it stayed the same, or why was there a historical shift?), we might instead ask about the specific strategies that religious actors employed to work with their traditions in different environments?’ (2011, p. 135). This approach is being accepted implicitly within the growing emphasis on case-studies as opposed to meta-narratives in histories of both yoga and Indian medical history (Mukharji 2011).

However, there is still a need for a more coherent understanding of the longue durée of traditions. The Indic knowledge store has been influenced and enriched by millennia of global trade, and the knowledge-legacy of colonialism has added to the potentials of this store of knowledge, even as it sought to oppress and control. From this framework, the ‘traditional’ as a mark of authenticity and knowledge demanding respect, can still remain valid – even in the absence of direct line continuity.  Again to quote Satlow on tradition:

“Traditions are created not when particular practices first arise, but when they are received and preserved by the next generation. A culture produces a fluid, complex, and vast number of practices; cultural life is, as Claude Lévi-Strauss claims, a bricolage. Traditions are the preserved and transmitted elements of this bricolage.” (2011, p. 136)

The ‘pool of tradition’ we are researching in the AyurYog project includes a vast accumulation of wisdom on health, longevity, and enlightenment-promoting activities that incorporate millennia of influences of trade and exchange between culture and belief systems both within India and between India and the wider world. Entanglement is an essential aspect of the continuation of tradition.

This piece was originally published on ayuryog.org.

Mohan, A. G. 2010. Krishnamacharya: His Life and Teachings. London: Shambhala.