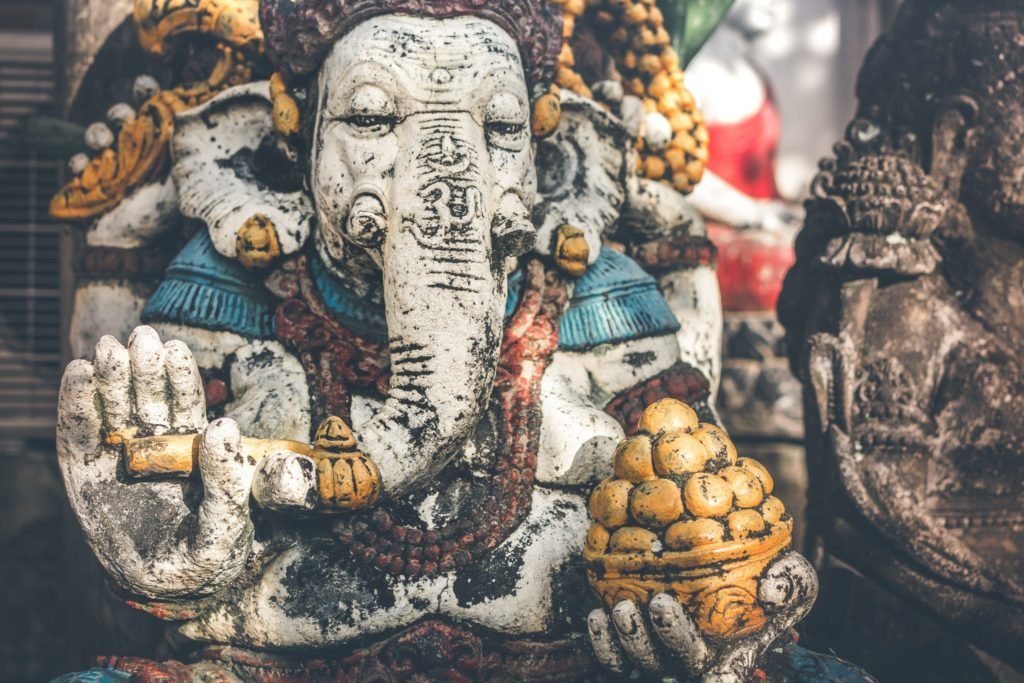 The next section of the Yoga Sutras starts with “Ishvara pranidhana va…Or devotion to the Lord.” Special devotion to Ishvara is offered as an alternative to the five prerequisites to realize samadhi: shradda, virya, smriti, samadhi and prajna. Patanjali says “or” which means everything before this is optional. If the five-fold path to samadhi is just too much to bear, and only one practice can be done, make it devotion to Ishvara.

Before I would be willing to devote myself to anything, I would have to ask the next question: Who is Ishvara and how will special devotion bring me to that high level of super consciousness that is samadhi?  Patanjali obliges and spends sutras 23 to 28 answering these questions.

Ishvara is defined as a purusha vishesha, a special Self. This special Self is untouched by the kleshas, the obstacles to yoga which are defined and discussed in the Sadhana Pada, the second book of the Yoga Sutras. Ishvara is unaffected by karma, actions and the fruits of actions and layers of samskaras, or latent impressions. In Ishvara is the seed of unsurpassed, unequalled, immeasurable omniscience. Ishvara is also the teacher of all of the ancient teachers, since Ishvara is not limited by time. The mantra pranava, or AUM, is both the sound symbol of Ishvara and the means for realization of Ishvara. With repetition of AUM, the meaning of Ishvara is understood.

Ishvara in Sanskrit means Lord or God, and in this context is not being presented as a God on high or a creator God separate from us. Rather, the Lord of Yoga is one of spiritual discipline, a means to attain samadhi. Edwin Bryant says:

One cannot ignore the fact that Patanjali chose to disclose his understanding of Ishvara other than in the most general categories of relevance to the specific focus of the sutras, chitta-vritti-nirodha…Patanjali is too sophisticated and broad-minded a thinker to risk sectarianizing the otherwise universalistic tenor of the sutrasand thereby alienating the sensitivities of aspiring yogis with theistic orientations different from his own. That millions of people worldwide continue to find his text personally relevant today speaks to his foresight in this regard.

What is the proof or the source for right knowledge of Ishvara or what we learned is pramanain sutra 1.7? Ishvara is not an object to be seen through pratyaksa, or direct perception, so we start with anumana, inference, and then follow agama, the verbal testimony and writings of the great sages who have walked on the path before us. Those who have attained liberation through Ishvarapranidhana give us their knowledge and their deep understanding so that we too may walk on the right path toward freedom.

The means for the realization of Ishvara is through pranava, the sound of AUM. The relationship between Ishvara and AUM is not just a designation or a name based on language. Rather, it is inherent in the relationship between the word and the meaning. Pranava, AUM, is the word and Ishvara is the meaning. The connection is eternal and inseparable. One does not exist without the other. Ultimately, Ishvara is not the object of the search; it is the subject of the search. The end result is the realization that Ishvara is within. And when we grasp this, we realize that purusha, our own true Self, and Ishvara are one.