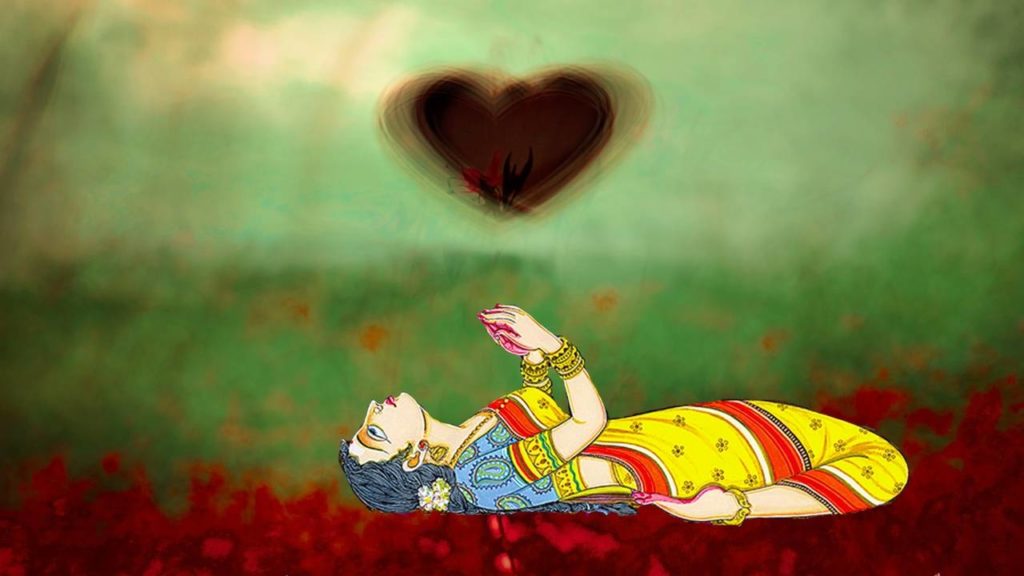 Guess what? There’s a lot of it!

At the beginning of this earth, legend has it that the Devas (the demigods) and the Asuras (the demons) each desired the nectar of immortality.

To possess the nectar, they first had to draw it up from the ocean of consciousness. But how? The Ocean of Milk was vast – even for deities – and held its secrets beneath fathoms of icy green water. They determined to stir it up – to churn the waters until they got what they wanted. To that end, they picked up a mountain and turned it upside down into the ocean to use as a “churning stick.” To turn it, they enlisted Vasuki, the snake. But when they wrapped the snake around the mountain and worked together, with each camp pulling on one side at a time like a cosmic tug of war, the mountain did nothing but drill into the earth.

Luckily Kurma, the tortoise, volunteered to swim to the bottom of the ocean, withdraw his five limbs and head, and become the base for the mountain. After this cosmic engineering, a great many vast and wonderful things emerged from that ocean. There are many ways to tell the stories that grew out of this episode. I will tell you one as it was told to me:

The last deity to emerge was Lord Dhanvantari – medic to the gods and the father of Ayurveda. And what did he hold in his hand but Amrita – the nectar of immortality!

A great fight was soon brewing. Each side wanted the nectar for its own. Any camaraderie that had been built in their endeavor was immediately lost. The Devas readied their weapons as the Asuras’ breath focused into flames. It seemed like what little existed of the world was about to die in a clash of opposites – the hideous magnet that is war.

Lord Dhanvantari, an avatar of Vishnu, prayed for help. And this time Lord Vishnu sent another avatar in the form of Mohini. Mohini was beyond beautiful – she was beauty itself. When she moved her hips, the pleasure of the vision settled the armies immediately. When she spoke her honeyed words, they agreed to come to terms.

Mohini assured them that each one could get a taste of immortality. All they had to do was line up, like boys, in an orderly line. She was so beautiful and persuasive that they complied immediately. Mohini then went down the line, placing a drop of nectar on each of the Devas‘ tongues. The Asuras waited patiently, their fiery breath contained. But when Mohini got to their place in the line, she began to disappear!

The largest and closest of the demons reached out to grab her and stop her. But Mohini‘s curves were ephemeral, and all he could grasp was the edge of her sari. At that moment, a drop of the nectar fell to the earth.

From that drop came all the vitality of all earthly living. Using this force is called Ayurveda.

Ayurvedic philosophy presents that there are four purposes to life: Dharma (following the path of righteousness), Artha (earning money in a legal way), Kama (fulfilling our desires), and Moksha (achieving Salvation).

The Ayurvedic view of life is more inclusive than some yogic paths. It’s not just about salvation, and it’s not even just about following a righteous path. Ayurveda wants you to be happy! Ayurveda seeks the pleasure in healthy, balanced eating and living. Unfortunately, it’s very easy to get off-track. Foods are processed to exploit the most obvious of tastes. News, entertainment, and especially advertising are ratcheted up to the point of noise and visual pollution. Modern illnesses in the Western world like diabetes, heart disease, and auto-immune disorders all show origins in sensory overload. The great yoga masters who came to the West over the past 100 years were struck by our lack of discipline in these matters. Among them were a few tantric masters, who taught the path of finding spirit in the earthly world.

So what to do about Kama, the fulfillment of one’s desire?

The Nobel Prize-winning author André Gide wrote, “Every perfect action is accompanied by pleasure. By that you can tell that you ought to do it.”  This very French advice is also truly Ayurvedic. Ayurveda and yoga teach that a beautiful scent can help ground us in stability, and that touch can open our hearts. Hearing can hone our sense of truth. And taste can incite us to create. But like children at a carnival, we can run too quickly from sense to sense, overwhelmed with the whirl and flash of modern living. We therefore sense much, but absorb very little.

Remember the story? It was Vishnu’s incarnation Kurma who – in the form of a turtle – drew in his five limbs to create a solid base for immortality to emerge. This represents the need to manage our five senses for a healthy and productive life. Yogis call this pratyahara – withdrawal of the senses.

By managing sensory input, we can actually better fulfill our desires. You may find yourself truly savoring your favorite fruit after a kitchari cleanse. You’ll enjoy time with yourself more after meditation. Fresh flowers are vibrantly fragrant in a clean and otherwise scent-free home. And the sight of a lover’s face can unleash deep and bonding love. All of this and more is possible when you are not otherwise distracted.

And when the fight gets too great – whatever drama you find yourself in – remember that it’s beauty that can calm you. Beauty’s job – Mohini in the story – is to help moderate the emotions and to organize your life. Beauty clears the path so that all the joy within you and around you may spring forth and be shared. 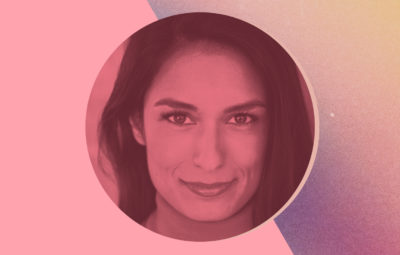 Kulreet Chaudhary is a medical doctor who integrates the contemplative teachings on sound into her medical work.