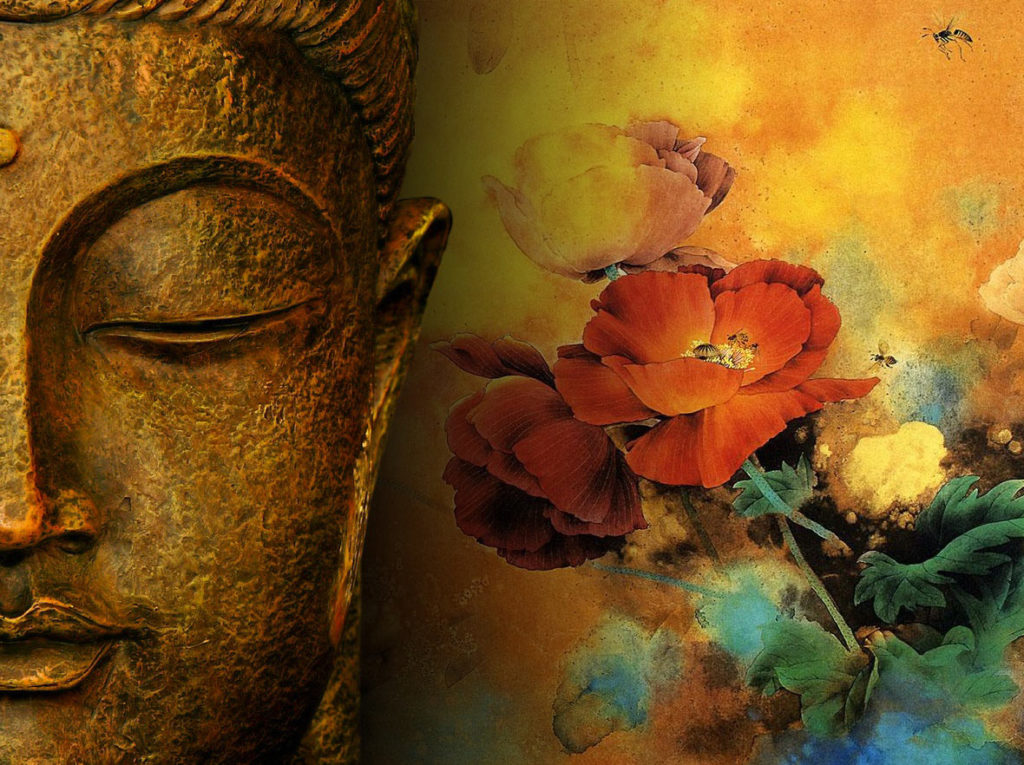 As the sun continues along its southern course (dakṣināyaṇa) and the days get shorter approaching the Winter Solstice, those of us living in the northern hemisphere find ourselves enveloped in increasing darkness. For the majority of us living in America, the darkness appears to mirror our current political situation even as we anxiously keep our eyes open in search of a viable alternative.

In the gloomy weeks following the 2016 US presidential elections, I unexpectedly found myself thrilled when I received an invitation from my colleague Michael Reading to co-edit a volume he was envisioning for Jeffery Long’s Explorations in Indic Traditions book series. I was particularly intrigued by the proposed title of the volume we would be working on together: Beacons of Dharma (Lexington Books, Forthcoming 2019). Light (Sanskrit: jyotis; dīpa; prakāśa), as it turned out, would be a central metaphor for describing how dharma – a polyvalent term used here to refer to something akin to “virtue” – has and continues to be reflected into the world by spiritual leaders from the Hindu, Buddhist (dhamma), Sikh (dharam), and Jain traditions in order to inspire positive social and environmental change.

As the volume envisions, “Beacons of Dharma” are particular instantiations of dharmic leadership to which we might turn for inspiration and guidance in our shared times of spiritual, moral, and political uncertainty. Michael, Jeffery, and I reached out to scholars with expertise in each of the aforementioned dharma traditions and received chapter proposals concerned with the ways by which particular beacons, both male and female, have addressed contemporary issues pertaining to ecology, social justice, gender, race, agriculture, animal rights, and social philanthropy. The volume features well-known dharmic leaders such as Sri Ramakrishna, Swami Vivekananda, Acharya Tulsi, Pema Chodron, and Vandana Shiva while also introducing the work of lesser-known figures including the social philanthropy of the Jain nun Chandanaji, the Buddhist vegetarian activism of Chatral Rinpoche, the preservers of Sikh music belonging to the Gurbani kirtan parampara, and the profound global influence of the Hindu Holy Mother, Sri Sarada Devi.

My particular chapter (Miller, Forthcoming 2019) focuses on Paramahansa Yogananda’s (1893-1952) vision for creating intentional spiritual communities, or what he referred to as “World Brotherhood Colonies,” via his Self-Realization Fellowship (SRF). Yogananda proposed the development of these small agricultural communities in America in order that, following the words of the English Romantic poet William Wordsworth, residents could live a life of “simple living and high thinking” while simultaneously engaging in the practice of kriyā-yoga. As Anya Foxen’s (2017) recent monograph Biography of a Yogi keenly observes, Yogananda adapted his kriyā-yoga teachings to the scientific milieu of the early twentieth century, which at the time proposed a universal scientific substratum composed of light underlying all of reality. Yogananda aimed to lead practitioners to this light, which could be accessed within one’s own being, using the methods of kriyā-yoga. The beautiful property of his first World Brotherhood Colony, established in the mid-1930s in Encinitas, California and referred to as the “Golden World Colony,” would serve as the experimental grounds wherein his disciples would strive to reach this light.

As I show in the chapter, Yogananda’s idea to establish World Brotherhood Colonies was inspired by President Roosevelt who, during the Depression in the 1930s and also borrowing from Wordsworth, had himself called for Americans to adopt “simple living and high thinking” via their participation in his New Deal cooperative homesteading movement. Unfortunately, Roosevelt’s homesteading project failed as Americans were thirsty for both the simple, self-sufficient agrarian life offered through homesteading and for the abundant life offered by post-World War II industrial capitalism (Shi 2007, 233). The ideology offering the abundant life would ultimately prevail, though the idea of “simple living and high thinking” continued to echo in Yogananda’s work in the years that followed and even appeared in his famous Autobiography of a Yogi in 1946.

Despite Yogananda’s zeal for creating World Brotherhood Colonies, the SRF suddenly disbanded the Colony movement shortly after their guru’s death in 1952. Nevertheless, a number of charismatic leaders including Yogananda’s disciple Swami Kriyananda (1926-2013) followed the vision through outside the SRF, establishing a number of successful Colonies around the world in the years that followed. The Colonies continue to thrive as they disseminate the practice of kriyā-yoga while also supporting more socially and environmentally responsible modes of living for members of the American middle-class seeking an alternative way of being in the world. My chapter in Beacons of Dharma celebrates these social and environmental achievements, presenting Yogananda’s existing Colonies as beacons which shine light into a country that needs, perhaps more than ever, principled guidance.

That being said, my chapter also mentions the sexual harassment case brought against Swami Kriyananda during his later years. Furthermore, I have mentioned elsewhere that the termination of the Golden World Colony in Encinitas may have had to do with the harsh measures used to discipline resident children living at the colony (Miller 2018). The shortcomings I highlight here are not intended to completely discredit Yogananda’s ongoing Colony movement but are instead intended to remind us of how vulnerable we are as human beings, particularly as we grapple with our inner darkness whilst striving for the “light.” Found across religious traditions, the metaphors of darkness and light are not mutually exclusive, and as we see time after time, both remain inseparable components of the human condition. The integral, embodied spiritual path requires that we recognize both rather than ignoring darkness while attempting to bathe ourselves in light.

Hope and inspirational guidance will always be there for us, and, as our volume will show, there are Beacons of Dharma to whom we can turn to find it. And if the sun’s annual turn back along its northern path (uttarāyaṇa) following the Winter Solstice is any indication, light will once again triumph over its apparent descent into darkness. The days will get longer, the weather will gradually warm, and the light will become progressively more brilliant. As we recognize the darkness, may the social, environmental, and political alternatives we so desperately seek be rendered visible.

Miller, Christopher Patrick. 2018. “World Brotherhood Colonies: A Preview of Paramahansa Yogananda’s Understudied Vision for Communities Founded upon the Principles of Yoga.” Yoga-Mīmāṃsā. 50 no.1: 3-9. 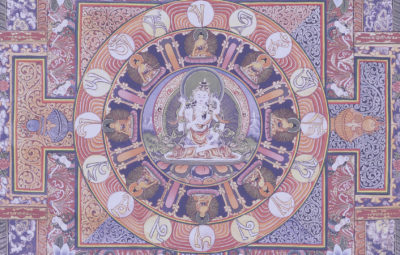 Although he did not originate the idea, Aldous Huxley (1894-1963) is certainly the figure who is most widely associated with the term the perennial philosophy.