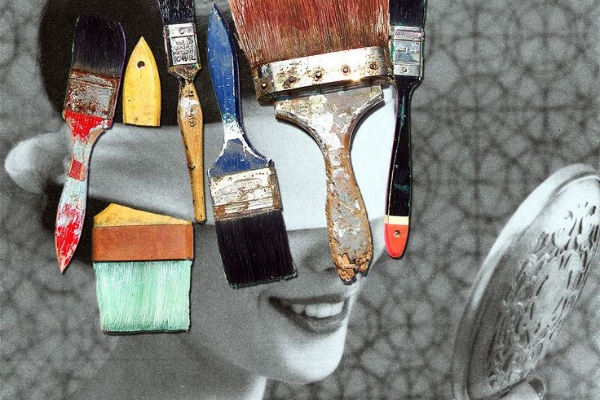 We are just passing the halfway mark of the first book of the Yoga Sutras. What a journey it has been so far! The definition of yoga is presented – that when the vrittis, the activities of the mind, are controlled we stand in, purusha, our true nature – but there are five kinds of thoughts that can trouble the mind and keep us in our thoughts instead. Through practice and detachment, the super consciousness state of samadhi arises and we stand in our highest Self.

These are the moments when the mind is so focused that there are no distractions and all obstacles to yoga are gone. But, that calm and even state of mind becomes disquieted. How and why does this happen? Where do these thoughts come from? Patanjali says that the field of the mind produces distractions, called the citta vikshepa, which in turn create obstacles, called antarayas.

This can happen to any of us at any given moment. From somewhere deep in the field of the mind, a vritti, bubbles up. It could be an idea, a theory, a solution, a compulsion, a revulsion, a delight, an inspiration, a revelation. The mind becomes fixed on that thought, whatever it is, and distracts us from standing in our true Self. We become captivated, preoccupied, obsessed even. The mind is simply out of our control.

Patanjali suggests that if we know what the antarayas are, we can learn how to deal with them and ipso facto their removal leads back to the steady state of mind. This concept makes as much sense today as it did when the Yoga Sutras were compiled all those years ago. The human condition has not changed all that much!

Then Patanjali says that there are four more vikshepas that correlate with the antarayas and arise as a consequence of the nine. They indicate that something is happening on a deeper, subtler level. These distractions are somewhat less complicated to understand and more easily identifiable. In modern terms, these would be indicative of stress or anxiety.

Patanjali says that the means to preventing and eliminating the nine obstacles and the four associated symptoms is the practice of eka tattva – one principle. If we practice fixing the mind on one object, we will always be ready to counter distractions and obstacles when they arise, cultivating the habit of a steady mind. Ishvara pranidhanais eka tattva. The next group of sutras offers seven more.