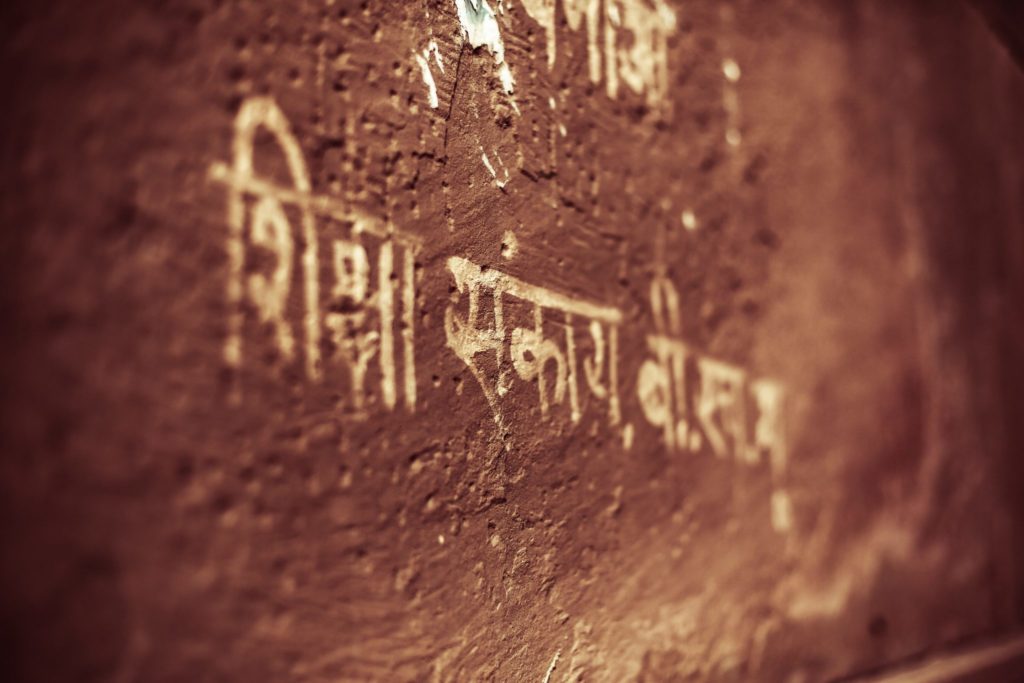 Living in the Indus Valley, with brick roads, sewage systems, craftsmanship and exports, the people, just like people throughout all of history, asked big questions: Why are we here? What is a human life about? Why am I suffering? How can I be happy? These real people, in this real place, at a real time in history were trying to make sense of their worldly experience. These people were the founders of the philosophical system known as Yoga.

The yogis held the metaphysical principles of Samkhya philosophy, the oldest orthodox system born out of the Vedas, as the basis for their concept of reality. A dualistic system, Samkhyaposits that spirit, Purusha, and matter, Prakriti, are distinct and independent entities.

Indeed, humans exist on two planes – the material, physical world of the senses and the spiritual world in which the Soul or Self resides. With that, the yogis, pursued perfection of the spirit, the Self, in terms of pure consciousness. To understand this, to realize it personally and to see this distinction is the crux of Yoga – the separation of the spiritual from the physical, breaking through the mistaken belief that the material world is all there is.

The Yoga Sutras are the codification of this pursuit. In four chapters, the masters outline their great investigation of the truth by taming the field of mental activities, releasing impurities, meditating, and ultimately transforming their minds.

The sutras, threads of wisdom of which there are 196, build on each other, defining and clarifying the ones that come before and after. Each word, in the context of the sutra itself and the larger text, is specific and explicit, influencing the meaning and the intention of the entire philosophy.

Yet the experience of yoga is one that is difficult to convey using language, though words are the means humans have to express thoughts and concepts. And even with such precise technical terminology, the text is not always clear or linear. In fact, at times it is repetitive and redundant.

Some scholars and commentators believe that each one of the four chapters is complete in and of itself, designed for different students. Some believe that the fourth chapter came as an afterthought, compiled years later by other yogis. Some believe the sutras are one long meandering but continuous thought that was only broken down into pithy statements and separate books in order to be memorized. While we will most likely never know, it doesn’t really matter. The yogis, strung these thoughts together, chanted them, and passed them down through the ages.

The text opens with the Sanskrit word atha, which means now – the present moment, at this time, immediately. All the yogi really needs to know is embedded in this singular word. It is the essence of the Yoga philosophy – it is the moment the yogi realizes the difference between Purusha and Prakriti.

Yoga is defined as control over the activities of the field of the mind, citta-vritti-nirodhah, so that the yogi stands their true nature and does not identify with the activities of their mind. These activities, what have come to be called thoughts, can be troubling and afflicting to the mind. Or they can not be. Practices like meditating on friendliness, the breath, or the light within along with detachment to outcomes can move the yogi’s mind toward Self-realization.

Patanjali suggests that devotion to the pure source of consciousness, Ishvara, can also bring the mind under control. Repeating the sound of Aum, which represents Ishvara, removes all of the mental obstacles that arise in the field of the mind.

Once the mind is under control, samadhi, pure consciousness, is imminent. Samadhi has seven levels, and the sutras outline the progression through these levels. The mind is entangled and engrossed in the meaning of words and objects but slowly advances toward purification until the light of knowledge dawns. Then, the yogi’s mind is completely filled with wisdom, the truth of human existence, and all of the seeds of thought are no longer.

Another other way to gain control over the mind is by Kriya Yoga, a three part process designed to lengthen the experience of samadhi and also weaken the kleshas, the afflictions, which dictate the texture of the activities of the mind.

The primary klesha is avidya, spiritual ignorance, the mistaken belief that what is seen in the material world is real. It must be abolished as it is at the root of all of the other kleshas, the basis of thoughts, and of karma, which dictates the pain or pleasure of life.

Patanjali also outlines an eight-limbed path, ashtanga, which describes yet another way to purify the mind. Through the repeated and sustained practice of the different steps – restraints, self observances, physical postures, breath practices, turning the mind inward, concentration, meditation and samadhi – impurities are eliminated, the light of knowledge radiates, and discriminative knowledge is born.

But Patanjali warns the yogi that the powers that result from samyama are obstacles to samadhi. These abilities are the natural outcome of deep practice not the cause of samadhi. The mind is so pure that it no longer encounters the universe via the five senses. Nevertheless, such attainments reside in the sphere of the material world and if coveted, displayed or abused, keep the yogi out of the now.

And finally, the sutras say that it is through meditation and no other means that the yogi will become free of the kleshas. Then, the discrimination of the difference between Purusha and Prakriti comes as a spontaneous flash of insight – not from books or even these teachings.

This is kaivalya, which literally means absolute independence, such that pure consciousness is standing alone, separated from the material manifestation of reality. The underlying principles of the material world, the gunas, come into balance and are no longer seen by the yogi. This is not to say they disappear, as Prakriti will always exist. It is just that the yogi is no longer bound by this limited concept of reality.

Then, finally, even the curiosity about the nature of the mind comes to an end. The yogireaches dharma-meghah samadhi, the highest degree of discrimination and a cloud of virtues ensues, like a rain cloud brings rain. The kleshas and karmas cease, all impurities are removed, and there is nothing left to be known. Now, the power of consciousness is situated in its own nature and the yogi is liberated.

The Yoga Sutras say little about the actual experience of liberation or what pure consciousness feels like. Instead, the focus is on the methods utilized to attain Self-realization, the knowledge gained, and what happens afterwards. As elegant today as they were thousands of years ago, translated in many languages, commented upon by many scholars, and utilized by many practitioners over the millennia, this system of Self-realization is truly timeless.