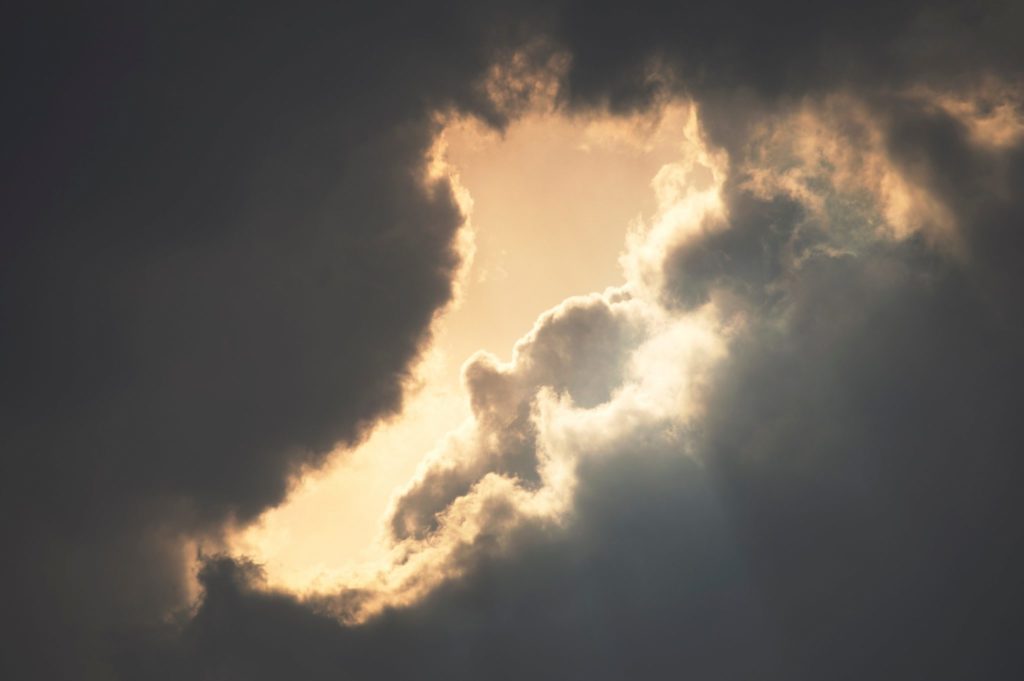 In the previous post of this series, “Yogic Process and Plato’s Allegory of the Cave“, I explored how Plato’s allegory of the myth beautifully represents the yogic process of arising out of the illusion of a contracted self and its self-limiting beliefs. Today, I want to discuss one of the myths behind the sun salutation, a sequence of yoga postures that will be very familiar to the seasoned asana practitioner. This story is about dear Hanuman, the monkey god from the Hindu pantheon.

When Hanuman was just a little monkey god, he was completely enamored by the sun, because he thought the sun was, in fact, a giant mango. He dreamed of his opportunity to suck the sweet juice out of that King of mangos and finally resolved one day to make it his for the eating. He bent his knees deeply and sprung from the earth toward the sun with his mouth wide open. When he made it to the sun’s height, he took the whole sun into his mouth at once. The giant mango, it turns out, was a very hot and hard mango, and the more he tried to chew it, the more he failed and the more his mouth was burned.

In the Hindu tradition, the sun is a god named Surya, and he was naturally not too thrilled about being mouthed by a monkey. But, of course, neither were the other gods. Indra, upon seeing that the universe had gone dark by the meddlings of an infant monkey, immediately threw a lightning bolt at Hanuman, breaking his jaw (“Hanuman” translates as “one with the broken jaw”).

Hanuman left with his tail between his legs and a freshly broken jaw. Indra felt bad about the jaw and gifted Hanuman with exceptional abilities that ultimately became definitive of Hanuman‘s heroic status (and crucial to his role serving Ram later on).

Some years later, Hanuman was considering teachers in preparation for his service to Lord Ram, and his mother brings up the possibility of Surya becoming his teacher. “I’m sure Surya has forgotten about the whole mango incident. Go to him and ask him if he will teach you the Vedas“.

So Hanuman follows his mother’s suggestion. True enough, Surya had all but forgotten about the incident, but he was not swayed to teach Hanuman. “I’m afraid I don’t have the time to teach you. I have to keep the universe lit. I have many things to attend to and can’t afford to slow down for the sake of your studies.”

Fortunately, due to the abilities Indra bestowed upon him, Hanuman felt he was up for the task. “Well what if you didn’t have to slow down any of your activities. I’ll keep up with you.”

Surya scoffed at the notion but agreed nonetheless, and so Surya set off to perform his sunly duties, reciting the Vedas while Hanuman quickly memorized them. It took him merely a week to completely memorize the Vedas – no small task considering how many volumes and thousands of pages comprise these sacred scriptures.

As Surya flew through the cosmos, Hanuman had to face him (as any good student does his teacher), so Hanuman was always keeping up by moving backward as he faced Surya.

This is the mythological origin of the sun salutation. If you think about the structure of the sun salutation, there is always a sense of moving backward, as you hop or step back to chaturanga, into upward dog and then back to downward dog. There is a movement energetically from the front to the back of the mat. It is said Hanuman kept up with Surya through these Surya namaskars.

At the end of their time together, Hanuman asked Surya how he would like to be compensated for his Vedic training, but Surya refused any compensation, saying that the offering of a truly dedicated student was reward enough. Hanuman replied, “Then I give you my gratitude and my (sun) salutations”.

So you may have already guessed the moral of the myth by now. Surya, the symbol of Hanuman‘s biggest mistake (confusing the sun for a mango) turns out to be his greatest teacher. The wisdom of this story invites us to consider a time in our lives when we leapt for something that we didn’t fully understand, only to find out it was not what we expected. We took on a relationship, or a job, or a situation, or an experience that was overwhelming and that left us feeling burned and broken. Sounding familiar?

So much of the beauty of these characters is that, even while they have godlike qualities, they have human qualities as well. They make mistakes. They flounder. They screw things up. But out of those moments of “weakness”, they discover their greatest strengths. They learn their biggest lessons.

How often do we allow our mistakes and failures to rule us and trap us in a cycle of self-judgment and fear? We accustom ourselves to seeing our mistakes as losses rather than as opportunities. We lack a connection to the wisdom that is to be found in our perceived mistakes.

That Hanuman quality that rests as a potential within each of us knows not to do this. Hanuman turns perhaps one of the most epic blunders in the history of blunders into the highest educational achievement possible in classical India – memorizing the Vedas. Over and above all the grand abilities that Hanuman is capable of – like flying to the sun, his superhuman strength, or his ability to change his size at the drop of a hat – this ability to turn a mistake into an opportunity is perhaps his most heroic skill.

Embodying Hanuman as an archetypal quality requires us to forge a new vision of our “mistakes” as opportunities to be grateful for, as avenues toward a new, more expansive vision of ourselves and our capabilities. Mistakes may burn us, but our perception of the burn after the fact is a changeable reality, always open to modification. The sadhana we build through yoga and meditation techniques is a tool to cultivate a new identity – not an egoic sort of an identity, but rather one of and for Truth, that as such embraces all potentiality and the limitless quality of Being.

So the next time you find yourself flowing through surya namaskar, consider your perceived mistakes. How have they helped you? Notice that habitual reaction that would contort your perception into a feeling of loss and failure.  Let this reaction dissolve as you supplant it with gratitude for your mistake, for without it you would lack another opportunity to learn, to expand.